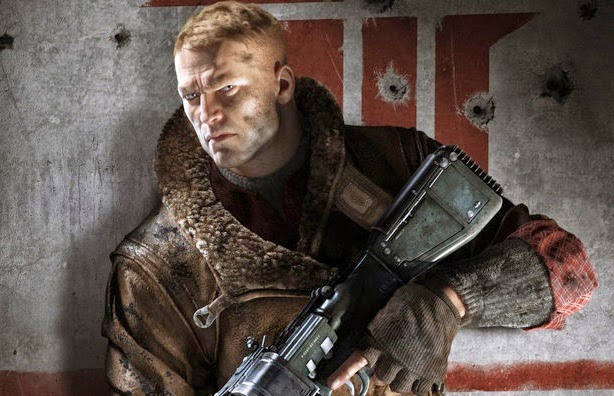 When Shaan had a chance to play Wolfenstein: The New Order last year, he was surprised to see a title that had been somewhat forgotten over the years receive so much love from the development team. By now, Wolfenstein should sneak up on nobody, but this prequel still delivers on a similar level to is predecessor, making it fun to play despite a handful of flaws.

It is hard to believe that there have only been a half dozen Wolfenstein games over the years. The original title was one of the breakaway FPS experiences and I still vividly recall roaming about the blocky rooms and passages while shooting down a never-ending stream of Nazi soldiers. Just the namesake alone made me excited last year when The New Order released, and that excitement has rolled over to this standalone prequel staring our over-the-top protagonist William “B.J.” Blazkowicz, who has the type of ridiculous name and attitude that Duke Nukem would have likely gotten along with.

Still, B.J.’s antics amuse from start to finish. The tone for the character is established early during an infiltration that sees B.J.’s horrible German dialect shown off as he somehow manages to avoid detection by the security guards. While some of the moments of dialogue certainly manage to amuse, the majority of the half dozen or so hours spent playing the game is very much focused on the action, and that’s a bit of a pity, since what made last year’s game so surprising was the way it did a surprising amount with its narrative, given its context as a Wolfenstein game. 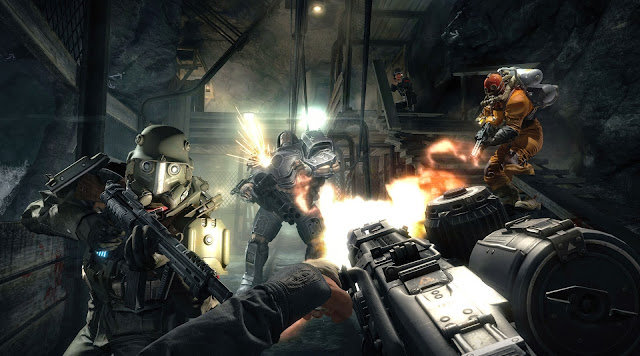 Though the narrative is thin, there are two episodes to work with, and to their credit they do behave differently enough to one another to provide variety. The first episode is called Den of Wolves and it is much more action-oriented. Wave after wave of Nazi soldier attempt to end B.J.’s life, culminating in a challenging boss fight that was more repetitive than anything by the time it ended. The Dark Secrets, meanwhile, takes more time with the character and story development, but when it starts to roll out zombies to shoot, the gameplay takes a turn for the worse as it all starts to become quite repetitive. And zombies in shooters are plain boring now. I can appreciate the occult narrative running within the storyline, but I could have done without another shooter falling back on shambling sacks of meat to mow down.

Most shooters these days give players the option between running through with guns blazing, or taking a more stealthy approach. Not every scenario in The Old Blood gives you these two options, but the split is still there fore the most part. I enjoyed the guns blazing approach the majority of the time, as it is what you would expect B.J to be doing, but there is odd moment where stealth is required, and these sections do suffer, because it is too easy for enemies to spot B.J. Because of this, this is an odd game where the second half of it – when you’ve got weapons to the teeth to enable the run-and-gun approach – is less challenging than at the start, where the arsenal is so limited that stealth really is the only way to get around.

Because this is a two part episode lacking in the meat of the original title, the skill system is more streamlined. There is not as much content to go around, but as limited as it is, everything still plays out nicely. There are five levels of difficulty to play through, and there are plenty of collectibles to find throughout the various levels. The level design is fairly wide open, and if you are a perfectionist, you may enjoy that there are some extra rooms and passages to explore. It’s decidedly retro having these kinds of “extra” spaces to visit or ignore at will, and it adds a nice tonal difference for this game when compared to some of the other shooters on the market. 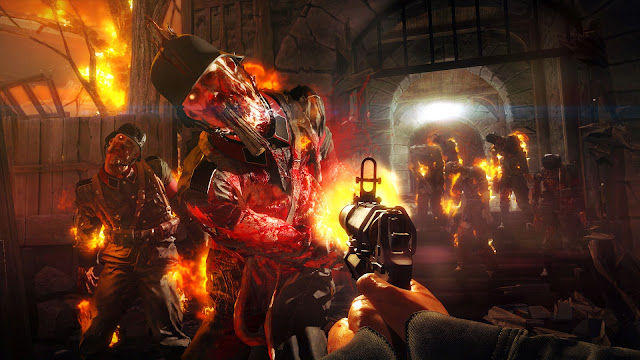 At the end of the day, Wolfenstein: The Old Blood checks the necessary boxes to make it a suitable follow-up to the prior game. In terms of the gameplay, level design and overall pacing, The Old Blood has learned a handful of lessons and made the appropriate tweaks to improve the play experience from its predecessor. Unfortunately some of the spark that make last year’s game oddly inspiring is gone, which makes it decent fun for shooter fans, but ultimately unsatisfying for anyone beyond that.