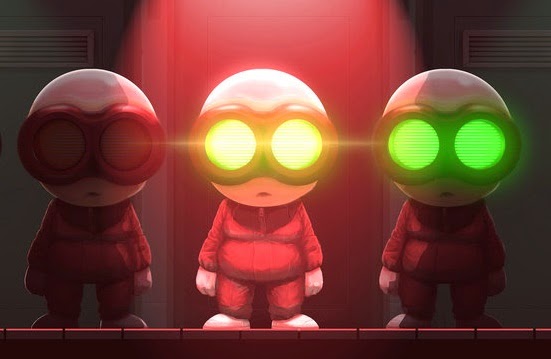 Stealth Inc 2: A Game of Clones is a creative puzzler in which players will find themselves in the shoes of a clone who, after running through a training facility, finds out that all of the testing, all of the deaths of his fellow comrades, was for nothing more than a kids toy at a burger joint. Done with being nothing more than a pawn and a tool, this clone has had enough and sets out to find a way out of his lot in life.

As our clone makes his way through the facility, there will be several dead ends that he comes across. Sometimes these are actual dead ends, while in other cases these can be further opened up to exploration as long as a trial is conducted and passed. These trials are stage, in which players need to complete objectives so the exit can open up, and you’ll want to do that quickly, as it clocks your best time once the clone makes it through that doorway.

To make things more challenging, each stage also contains other clones who are trapped and need to be liberated in order to can also help you achieve your goals. To score the best times on the leaderboard, our clone must not only make it through as fast as possible, but must also liberate his companions while he’s at it. 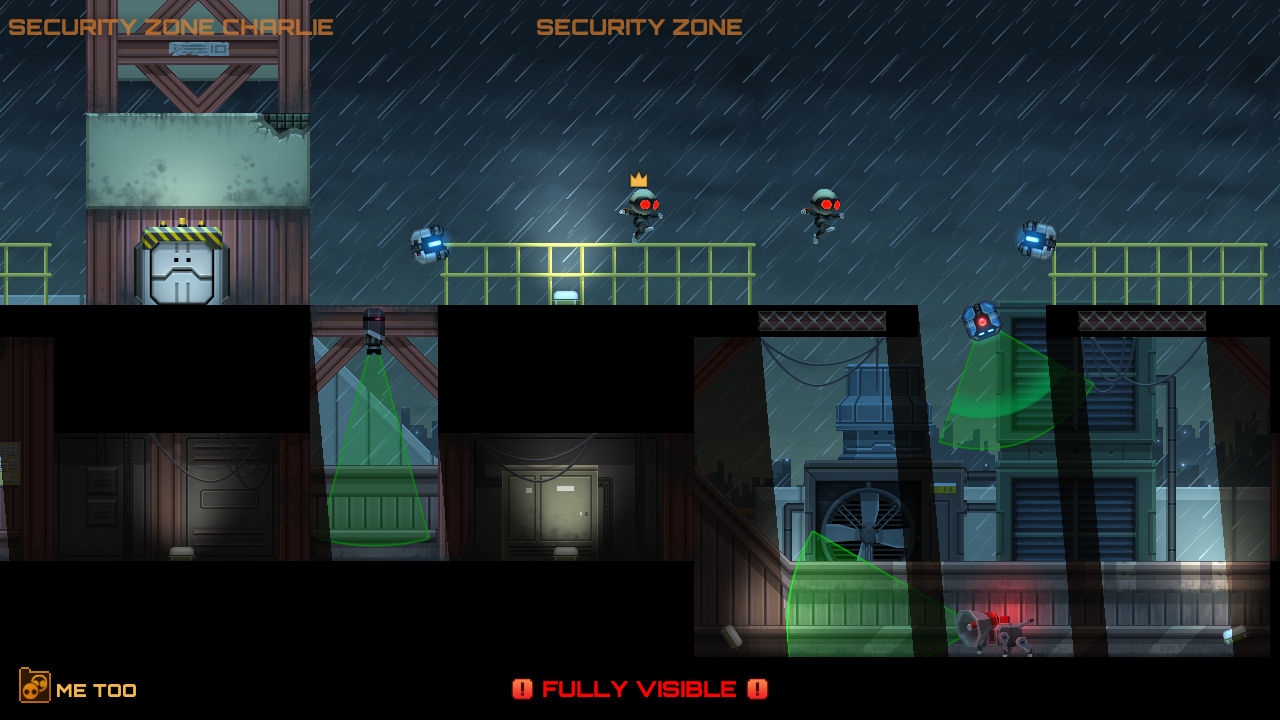 While the gameplay strikes a good balance between Metroidvania-style exploration and the platforming puzzle stages, it is honestly the presentation of the game that really wins it the accolades that it deserves. Utilising negative space to enhance the details of where our clone can run, jump, or even hide in, each area big or small is designed around this concept.

Negative space is hard to pull off in terms of design for both something stationary and also for something much more mobile such as our clone as he runs and jumps over the various obstacles that stand in his way. Walls, floors and ceilings could suddenly move revealing a room that you would never have thought existed. You could hit a switch and change the levels layout completely. Not only was the implementation artistically done, but it also adds the worry that nothing is actually safe as anything could move on a moments notice.