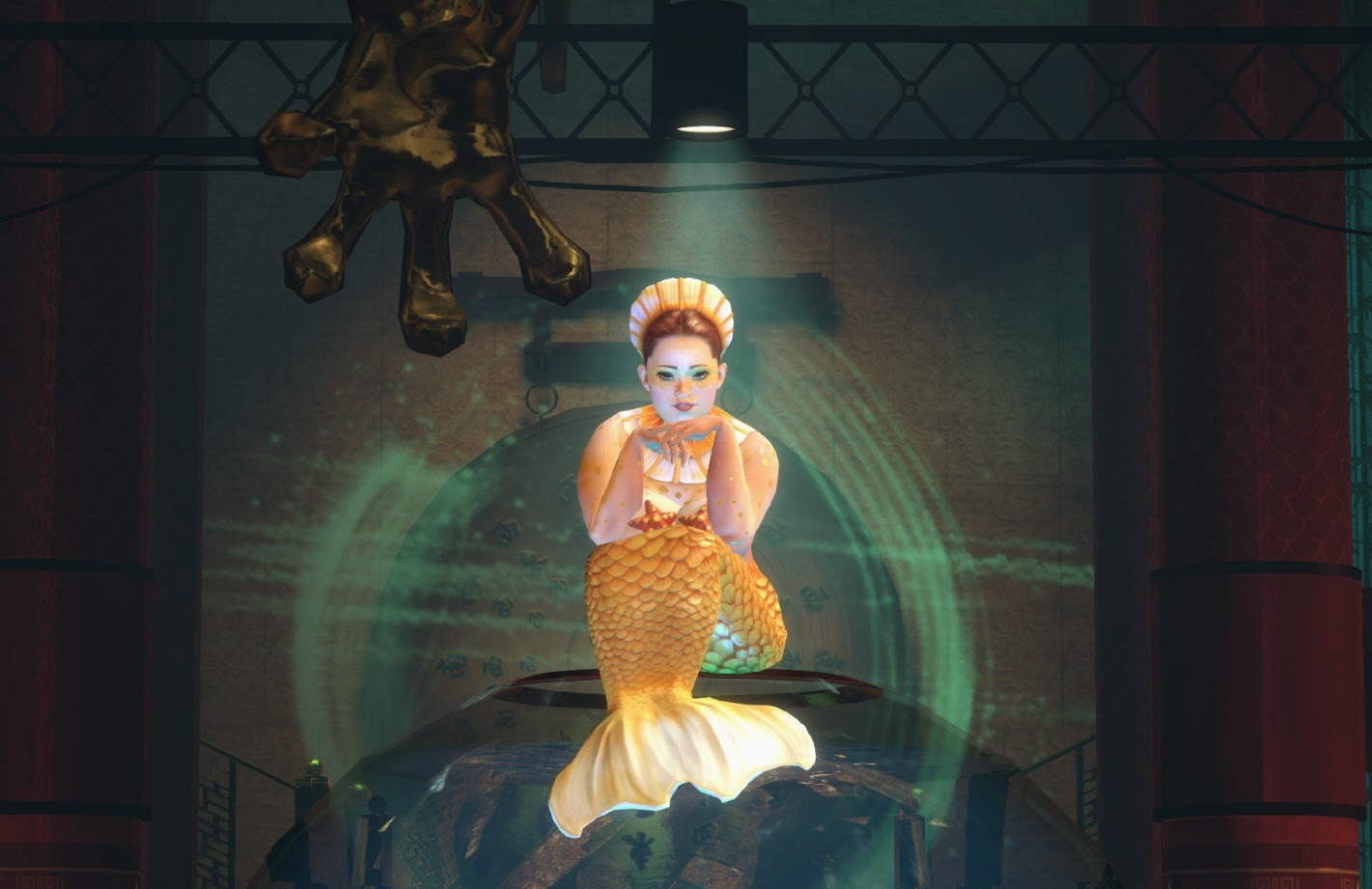 Blue Estate is an rails shooter much in the vein of the the House of the Dead series. It is also based on a comic by Viktor Kalvachev & Kosta Yanev. Now, I have never read the comics so I can’t say if this game stays true to the story line but I can tell you all about the game.

Blue Estate will have you playing as two main characters; Tony Luciano, the son of the Italian mafia leader, and Clarence, a penniless hit-man. The story is told by a third character, Roy, who is a private eye who somehow knows what happened to Tony and Clarence without even being there. The first level sees Tony trying to save the only thing he has ever loved, an exotic dancer named Cherry Popz. Sadly, much of the game seems to require players have extensive knowledge of the comic it’s based on, because there are all kinds of gaps in the narrative that are not explained well. Luckily, most on rail shooters aren’t required to score high on story telling.

Gameplay is much like every other on rail shooter, and you’ll be shooting anything and everything in front of you, before reloading and repeating. There are a few things that make this game stand out though. At some points in a level you can hide behind cover and reload safely without taking risk of injury. There are also mini games inside the levels themselves, such as what could only be called a variation of whack-a-mole, only with human enemies than plush things. Doing so in the right order as they pop up will give you bonus points. The variety on offer within the incredibly limited formula of the rails shooter is worthy stuff. 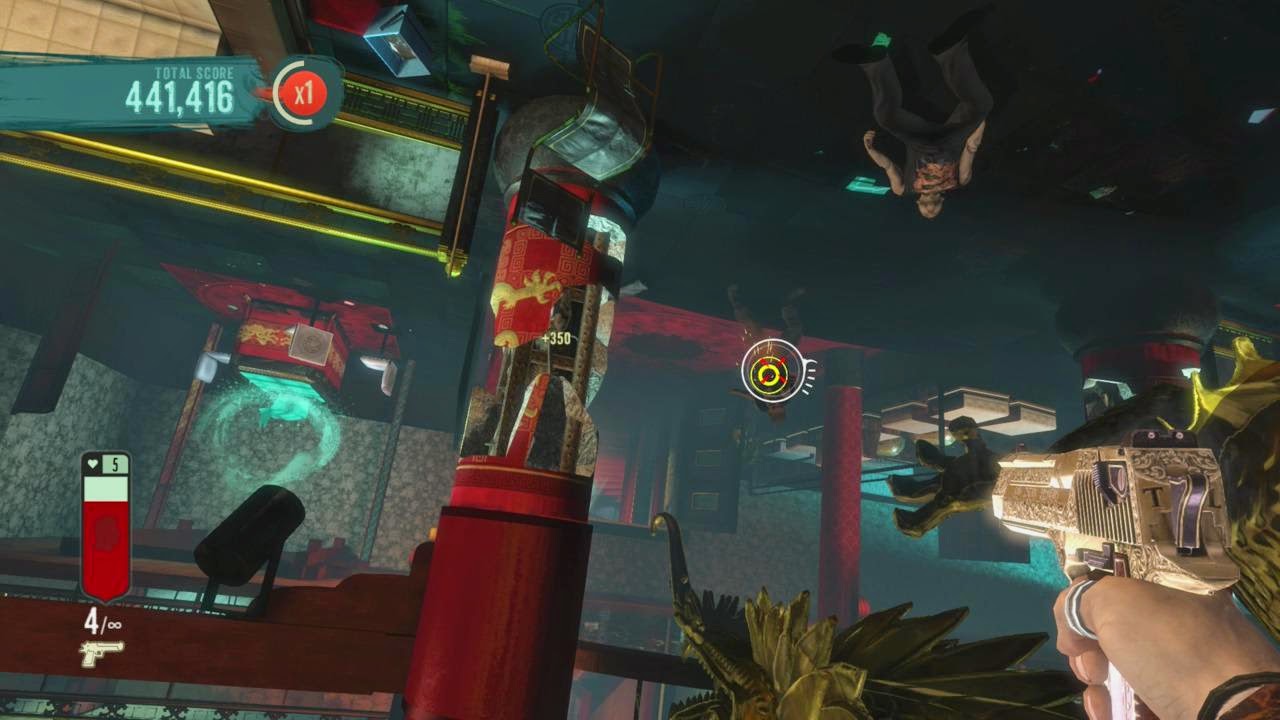 However, it doesn’t always control well. To pick up ammo and health packs you must swipe the mouse in the direction of an arrow. This works well enough, but at other times you will need to effectively spin your mouse around in a circle to do what you need to do with it, and this didn’t work well for me, so I was glad that there were keyboard input alternatives. You will also have to swipe your mouse around when Tony’s long hair covers his face, while while this was funny the first few times, it quickly becomes annoying when it happens over and over again. The other character, Clarence, has a similar irritant, only instead of hair it’s a Chihuahua humping his leg. Again, this was funny the first few times but gets old fast.

Other than the mouse the game can be played using an Xbox 360 controller, Xbox One controller, Leap Motion device, or light guns. You will need one of them if you decide to play coop, which is a nice addition though there’s no online co-op, which is disappointing. Once you beat a level you can play it in arcade mode to try to get a higher score or to try it out on a higher difficulty. There are three difficulty levels, and you’ll need to play through the game once to unlock the higher difficulty levels, which is a contrivance, but does add replay value.

The game does lacks content though, and you can complete it in about three hours. Although the game did get repetitive it would have been nice to see more content added and a boss fight at the end of each level, rather than the three you get across all levels. The ending isn’t especially fulfilling, and leaves you wanting more, but there is at least the suggestion that a second game might be on the way to continue the narrative for people that do get into it. 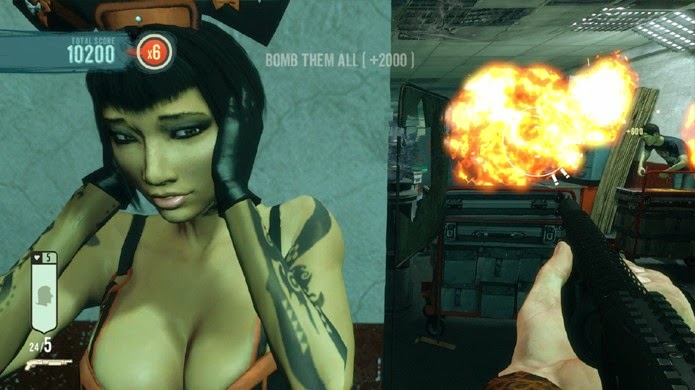 The soundtrack is okay, but at times in a level there is no music at all and at other times the music overpowers the talking. The sound effects are good and the voice acting is decent for this type of game. The graphics are good and have a comic book feel to them, which is fitting since it is based on a comic book.

Overall, Blue Estate is a fun little shooter that has a sense of humour, but ends too soon. I did enjoy the game but also did feel that it got a little too repetitive. If you’re a fan of on rail shooters this is sure to please. If not, it still might be worth a whirl, since it is priced appropriately for what it offers.

Review: Stealth Inc 2: A Game of Clones (Microsoft Xbox One)