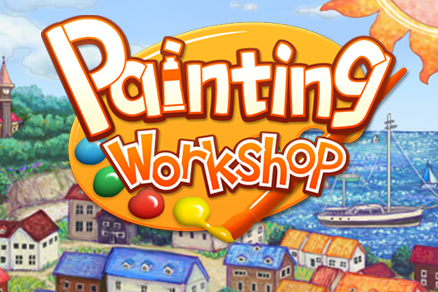 Programs like Adobe Photoshop rule the roost when it comes to digital art on computers, but the landscape isn’t as cut and dry for apps that cater specifically to the limitations of consoles and portables. Dedicated systems have received everything from Art Academy, which makes use of the 3DS’s native touch screen, to uDraw and Mario Paint, which were bolstered by peripherals.
Painting Workshop isn’t trying to be any of those, however. It doesn’t have any innovative inclusions like fellow 3DS release, Colors 3D, as it instead opts to be entry-level in all aspects from cost and function. You’ll find no creative 3D implementation here, nor any attempt to simulate the actual act of putting brush to canvas. What’s on offer is actually more compelling for the complete non-artist with a few minutes to kill than anyone else.
Painting Workshop features a couple dozen tutorials to help newcomers find their bearings, but the basic nature of menus lends itself to experimentation more than gratuitous verbiage. Those who elect to view the explanations should be gratified by the game’s explanations, though, as they pack a healthy blend of reading, demonstration, and input into a minute or two. 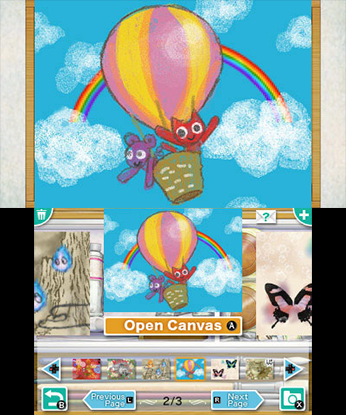 After being thrown into the nitty gritty, you’ll find there’s just the right number of options to allow creativity without becoming bogged down by menus. A glorified Microsoft Paint this is not; you can implement various intermediate techniques such as layering into a creation and these can be manipulated at will. The developer covered its bases nicely by including a decent range of gimmicky effects for the younger crowd, too, such as the requisite heart stickers to drown one’s dog or sweetheart in. The undo button thankfully lasts for more than one press, so you’ll likely never render a piece unsalvageable unless you’re outright scribbling. Throw in some handy button shortcuts and you’re all set.

Having just praised the balanced options and tutorials, however, I should point out that creation is going to be rather unwieldy off the bat. Because the 3DS touch screen can’t handle the resolution of a whole image at once, there’s going to be a lot of zooming to get a good view of the action.This is made further cumbersome by the menus, as you’ll want them on hand constantly to switch between tools but you need to hide them to get any decent view of your masterpiece in progress. Oftentimes there’s a slight discrepancy between what occurs on the top and bottom screen, too, so you’ll find yourself zooming like an old Mazda commercial. I tested the game on a New 3DS XL, but I reckon the experience would be borderline claustrophobic on a standard model. It’s something that can be overcome, especially if you’re not attempting anything particularly intensive, but it certainly is a shock to the system.
In being relatively simplified, the program of course has various other limitations and these technical niggles can really bog things down at times. There’s no paintbrush tool to speak of (yes, in a game called Painting Workshop) and as such your pencil strokes translate to rough lines unless you perform some clean up after the fact. The enforced resolution limitations hardly assist. 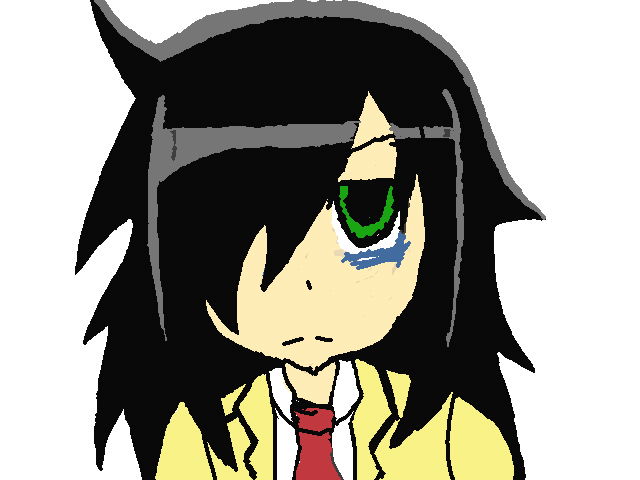 There are pre-built shapes for circles and squares, but not the infinitely more practical curve feature. That shortcoming in particular is disappointing because not everyone is going to be immediately adept with a 3DS stylus and that would have been a crutch for the shaky-handed. As said earlier, though, this game is clearly catered to the uninitiated and many of these problems ultimately won’t apply to that demographic until they’ve outgrown it.

While Painting Workshop doesn’t feature an online gallery like Colors 3D, it doesn’t need to because the export options are so expansive. You can send a file to the SD card like expected or upload it directly to the ‘net using Imgur or a similar service. Once Miiverse integration is implemented, sharing art will be a dream (unless you’re a moderator).
Painting Workshop has alternatives all over the market, several of which are superior and offer some kind of inventive extra, but despite this it works brilliantly as an introductory doodle station. There’s little in the way of clutter, which will no doubt help teach aspiring youngsters how to utilise essential tools like multiple layers and opacity without feeling daunted by an expansive interface. Combined with easy sharing, Painting Workshop rises above its sometimes grating technical limitations to deliver accessible creative fun.

The Friday Ten: Ten essential Virtual Console games for your Wii U