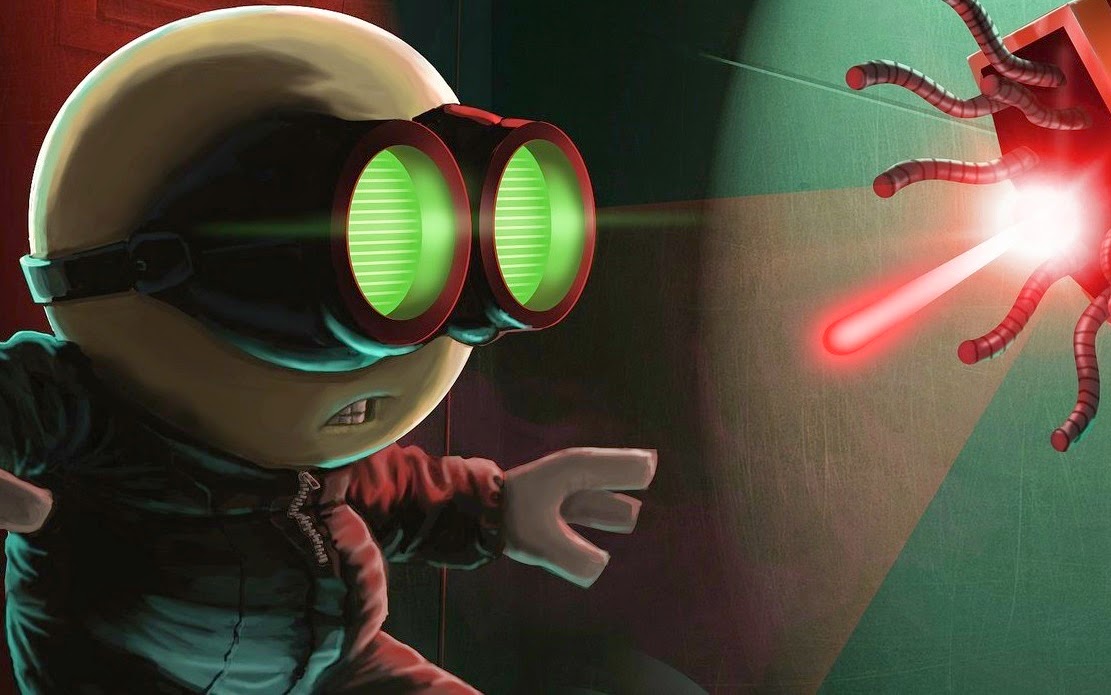 God, the wait for Metal Gear Solid V has never felt so long.

If you’re anything like me, and are patiently awaiting Kojima’s latest masterpiece, the wait can be unbearable. Granted, this isn’t helped by the fact that stealth games seem to have sunk into the background these days. Whether that be because the industry as a whole doesn’t place a lot of faith in the genre, or because it’s a difficult genre to craft an experience for, stealth games are by no means a dime a dozen, and entire months go by (or maybe even years) where there isn’t much sneaking around to be had.

This is where Stealth Inc. 2: A Game of Clones shines.

Granted, if you’re looking for an over-the-top stealth game with lengthy cutscenes and a flair for the surreal, Stealth Inc. 2 won’t exactly scratch that itch. Rather than focusing solely on sneaking around stealthily, developer Curve Digital throws some puzzle-platforming into the mix, which opens up some room for experimentation in how you go about achieving your goal. 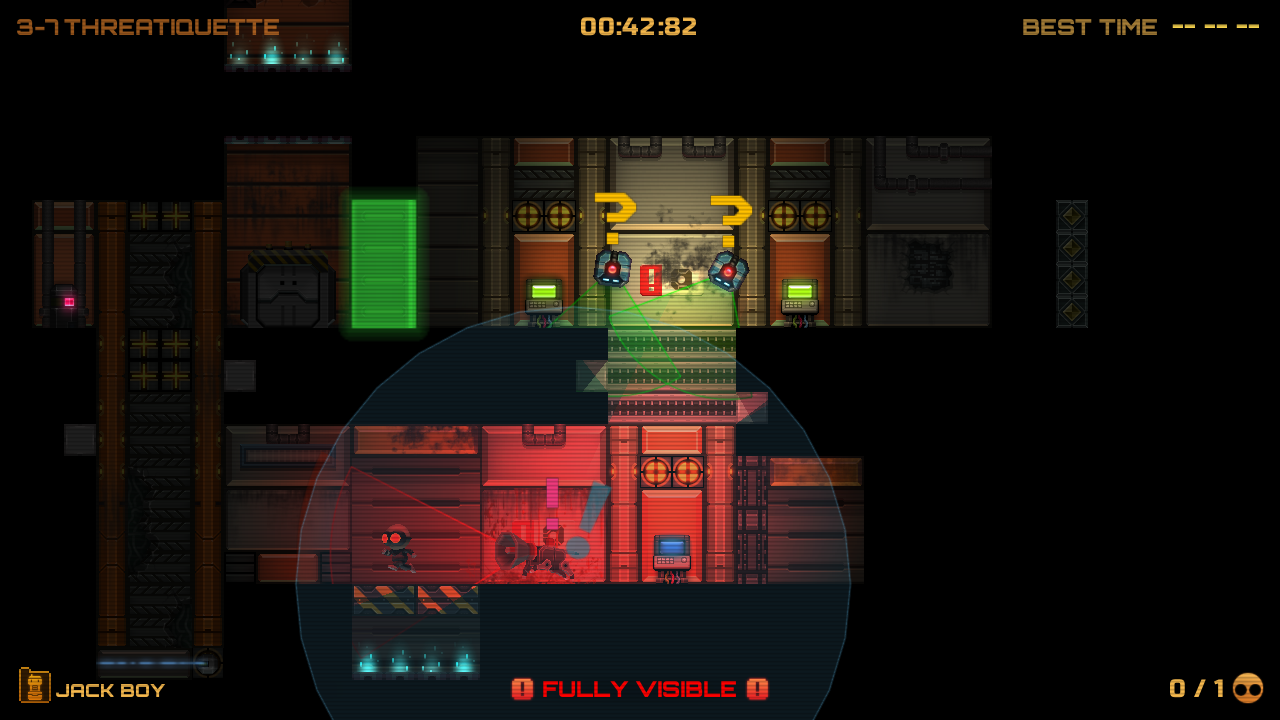 In fact, if there’s one particular game that has been a clear influence, I’d probably have to pick Portal 2. Aside from a narrator that bears some similarities to GLaDOS, Stealth Inc. 2 focuses on player choice and experimentation, stripping aside ancillary design choices in the name of stealth. Unlike many other games in the genre, you won’t be penalised for dying (which trust me, will happen more than once). You don’t lose any resources or collectibles, you won’t lose a life, and the game doles out checkpoints quite generously. The ‘clear time’ for a stage doesn’t even take into account restarts or deaths, instead encouraging you to perfect your strategy rather than your execution.

Metroidvania elements manage to find their own space; as you explore the cloning facility in which the game takes place, you’ll find and unlock various gadgets and abilities that you will use to gain access to different, previously unreachable areas. Test chambers (yep, the Portal 2 influences are strong) introduce you to new tools and gadgets, and completing these will in turn allow you to use these tools freely, throughout the entire facility. It’s a smart design decision that ensures that you as a player have the opportunity to not only practice new abilities, but to experiment with them before you are thrown into the ‘real world’.

For example, take the first tool you unlock, the lovingly titled “Inflate-A-Mate”. While at first you can use it to create platforms, after a little experimentation, you’ll be able to use it as a makeshift barrier to block oncoming lasers, or as an improvised anvil to crush enemies with. This way of designing levels and gameplay concepts is not only rewarding for players, but it naturally builds upon itself when you continually add in new elements. As you progress your way through the game, unlocking more and more gadgets, you’ll find new and novel ways to use the tools at your disposal. The game provides you with the Lego pieces; it’s up to you to figure out how to make them fit. 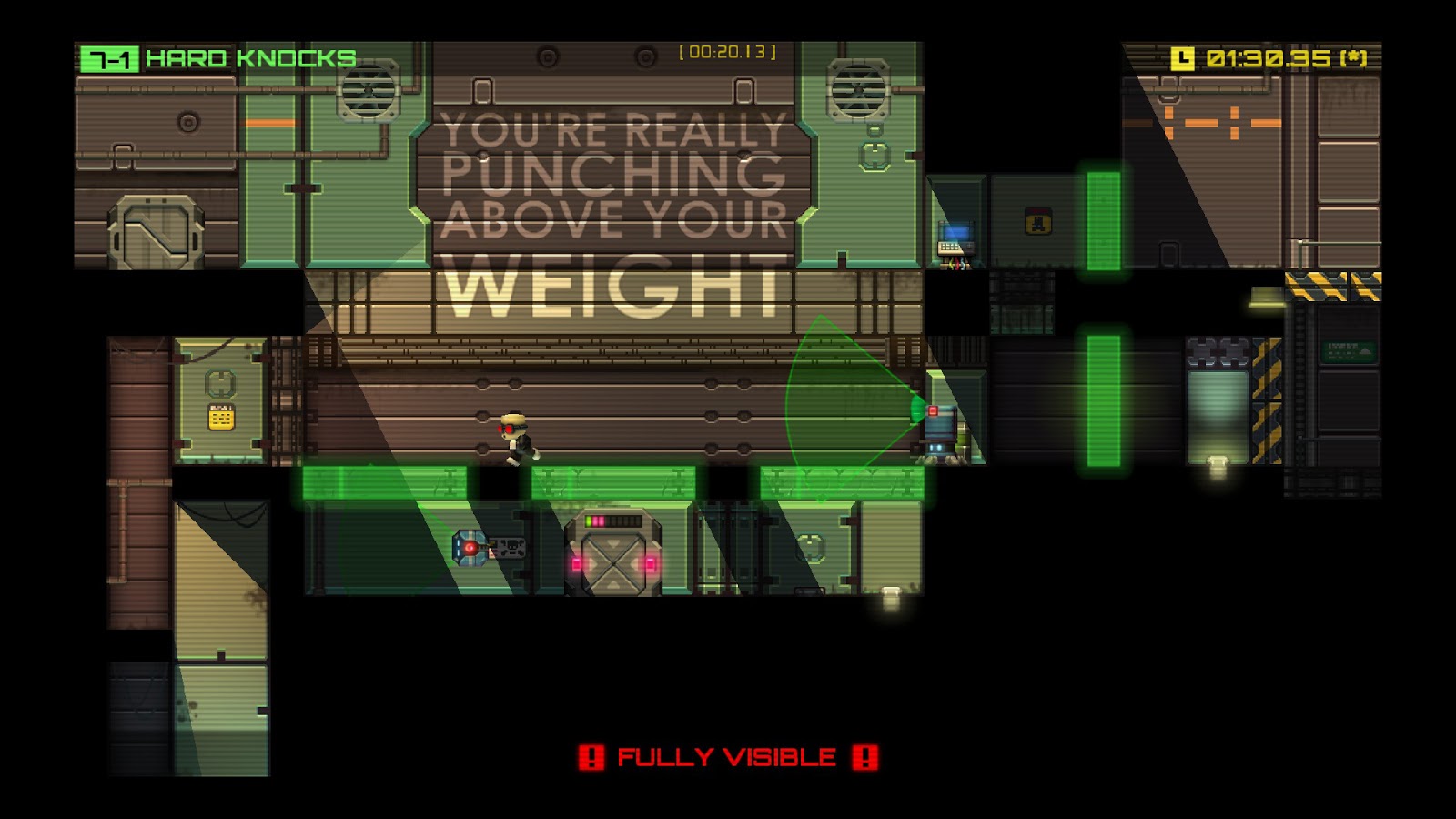 And that’s my favorite part about Stealth Inc. 2 as a whole. It is perfectly fine with putting some faith in the player’s abilities, letting them forge the best path forward without having to hold their hand and drag them kicking and screaming.