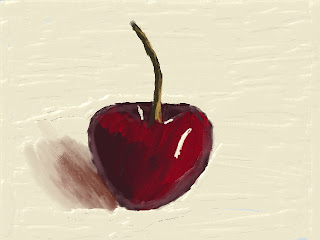 Back when the Nintendo DS was riding high and the iPhone and iPad were relatively minor blips on the home entertainment radar, Nintendo’s touch screen console saw a fair few releases that were not really games but rather what would later be known as “apps.”

Art Academy was one of those apps, and back in the day it was a heck of a release. A full-fledged art course, what marked Art Academy out as something special is how realistically it captured the experience of real, physical painting. With this application, the stylus became a real paintbrush, or a real set of pencils. Impressively, it was possible to learn some basic art skills and anyone could pull together a halfway-decent work of art. I say ‘everyone,’ because frankly, if I can make a picture of a cherry that doesn’t look like a random red blob, literally anyone else could.

Then again, perhaps it does look like a random red blob…

Anyway, New Art Academy on the 3DS is almost exactly the same experience as the DS original. Now, this is both a great thing and a serious problem. It still recreates the experience of painting perfectly. With a wide range of tools at your disposal it’s also possible to make some genuinely impressive works of art. As with the previous Art Academy there’s a wide range of tutorials on offer, from the absurdly simple thought to some advanced techniques, and thanks to the 3D of the top screen, these tutorials are presented in a beautiful, no-pressure style that is both engaging and educational. 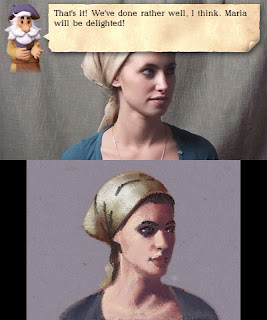 And this time around there’s the promise of more lessons for download via DLC, and players can build their own custom lessons and send them over to friends. This is important as the actual range of art skills the base package teaches is quite limited and heavily focused on classical art techniques. I’m looking forward to lessons on manga art, or abstraction, or even something right out there like Australian Aboriginal art and I’m hoping Nintendo and the Art Academy community can deliver on that because it will extend the value of this package significantly.

Outside of the lessons and free paint mode, there’s a neat 3D gallery that you can set up on your console with all of your art works, which you can then take a wander through it. It’s a pity that these galleries aren’t exportable or explorable online – it would have been really cool to walk through a friend’s gallery, for instance.

Which brings me to me real problem with the new Art Academy. Being up to the standards of the DS original and perfectly recreating the feel and texture of watercolour paints is a lofty ambition, and impossible to criticise, but Nintendo has missed a number of opportunities here. Art is a highly social activity and people naturally want to exchange their art with friends and art communities. Another art program on the 3DS, Colors! 3D tapped into this brilliantly with an online gallery, and the five times more expensive Art Academy does feel very deficient without it. 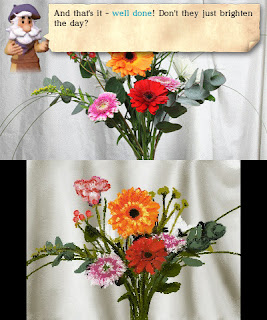 It’s possible to export your art works to the SD memory card, and thankfully these do export at a much higher resolution than the useless thumbnail sized Art Academy DS art works. From there it’s possible of course to upload the art to Facebook or a community like DeviantArt. But this slow, cumbersome process is far less efficient than many of the applications that have arrived on the iPad. On Apple’s device an app like Sketch Club allows people to export their art direct to email or upload it directly to the Sketch Club gallery – at a much higher resolution than Art Academy can offer, to boot.

By contrast the three-step process of copying to SD card, then copying to PC, then uploading, might not sound like much of an inconvenience, but it’s a cumbersome process considering that Art Academy is a full priced piece of software and it’s outclassed by an almost-free app.

People who did work through the original Art Academy will also find a lot of redundancy in the built-in lessons for the new Art Academy. Necessary, since Nintendo would want this software to be as accessible as possible to as many people as possible, but it again dampens the value to Art Academy veterans.

I don’t mean to dismiss Art Academy despite these criticisms: for students of art it’s informative, and I really can’t emphasise just how accurate the software is at recreating the properties of real art tools. It’s beautifully presented and thoroughly enjoyable to use. It’s just unfortunate that after working through those lessons, I applied my new-found skills to my art work on my iPad.

Digitally Downloaded is heading to EB Expo 2012! Any requests?