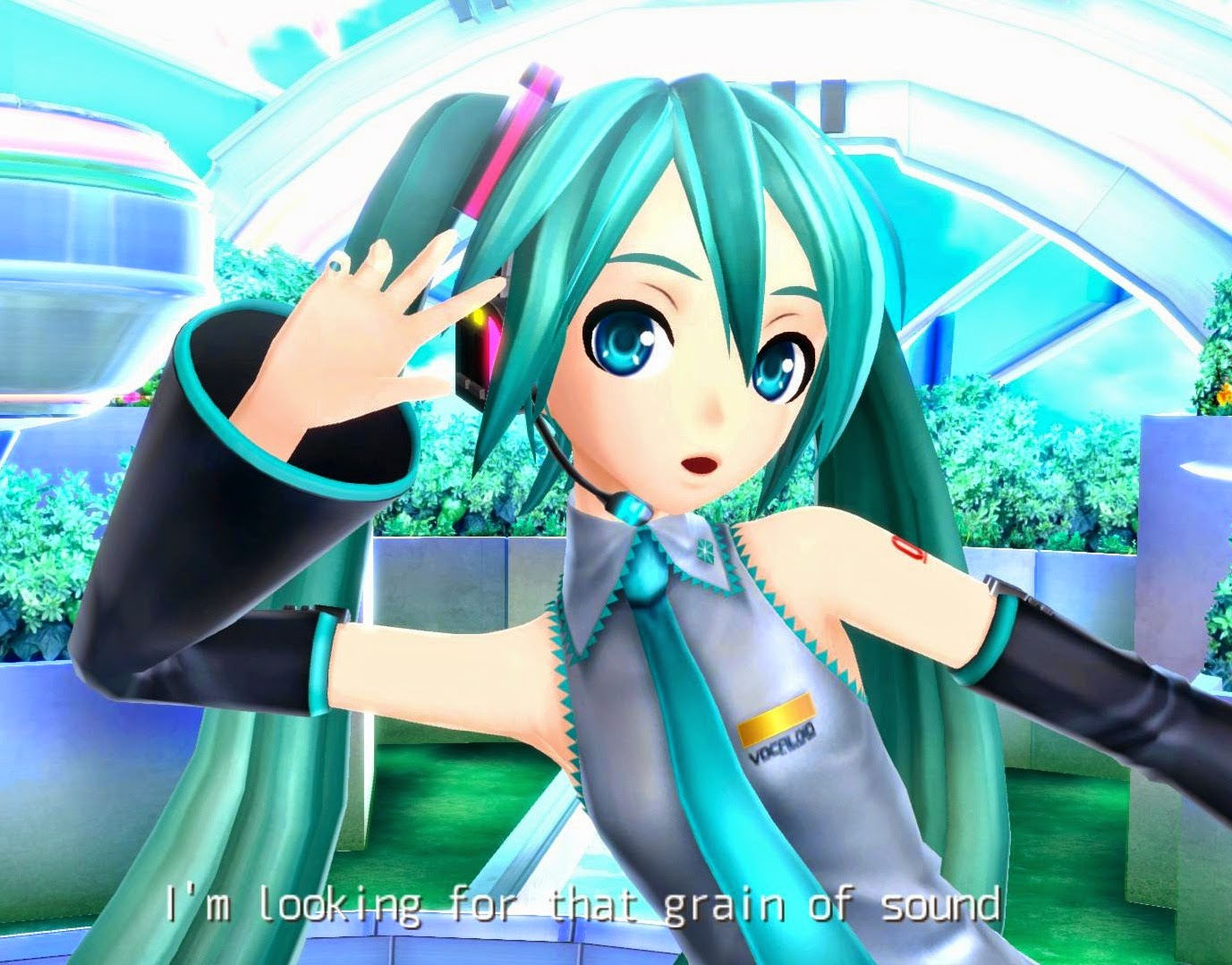 I guess this was inevitable, but after discovering that I’m a massive Hatsune Miku fan during my recent trip to Japan (it’s not just the games, I like the music too!) I decided to buy the Hatsune Miku V3 English music creation software and start playing around with it to see if I could make some music of my own.

While it’s not the cheapest software package out there – it’ll run you around $200 Australian – it’s still priced at the enthusiast, rather than professional, and that’s the whole appeal and point of Miku; for people who don’t have deep pockets it’s a way to create a fill music track, including a popular, known vocalist, and through that unleash their music creativity. Hatsune Miku’s English voice is different from her Japanese voice – it’s a more serious, less cute tone – but it’s still identifiably Miku, and it’s still adorable, and so I thought it was the perfect place to start. Once I’m more comfortable with the software in my native language, I figured, if I was enjoying myself I could purchase Miku’s Japanese library, as well as my other favourite vocaloids (Kaito!)

In fact, the biggest challenge I’ve come across so far was actually buying the software – it was one of the most confusing purchasing processes I’ve ever come across. The various websites that sold the Miku voice library and editing software were unclear on whether a single purchase would be enough, or whether I would also need to buy additional software with which the Miku voice library would act as an instrument plugin for. Most of the help and support resources are not, in fact, in English. Thankfully in the end it turned out that a single purchase from this website was enough, as it included both the vocal library and a software editing program sufficient for creating full music tracks (i.e it comes with a wide range of other instruments as well as Miku’s voice). And so, after going through the extensive setup and filling in the multiple licensing forms, I had Studio One 2 (the music editing software) and Piapro Studio (the software plugin that handles Miku’s voice) open and I was ready to start making the beautiful musics with the green haired siren.

If it wasn’t obvious that this would be the case, I should emphasise that this software is not really a toy. While the default editing software, Studio One 2, is clearly designed to be more accessible than full-on professional editing software (don’t worry, hardcore folks, the Piapro Studio module will work for professional-grade editing suites too), it comes with a learning curve all of its own and I have needed to keep the manual nearby as I’ve been working. To make things even more difficult in the initial stages, I have no idea what setting I accidently clicked on, but Piapro Studio’s interface is in Chinese. And I can assure you, the Chinese characters look like the Japanese, but they don’t read the same, so they made no sense to me whatsoever. Because the menus are all in Chinese I am going to need to go through a slow trial and error process to learn what each option in the menu bars does (or just figure out if there’s an option to turn it back to English), but the basics are straightforward enough.

Anyway, trial and error got me through that first learning curve, and after spending a few hours experimenting, ruining the experiment beyond saving, quitting out of the software and starting again, I was starting to become comfortable with how the software works and what I could do with it. And that’s when the flipside to the complexity comes into play and becomes so appealing; I can do plenty with the software, and the realisation that those amazing Miku tracks that people have produced over the years were done using much the same software as I now own was immensely inspiring.

For a start, I was happy to see that my MIDI music keyboard via USB is compatible with the software. It’s possible to manually enter notes as well, of course, but I like playing keyboard and to have my notes immediately appear in the software the way I played them allows for a greater sense of performance to the final product (and where I make slight mistakes I can edit them after – score!) There’s also a wealth of different instruments to choose between. Some of the traditional instruments sound too digital for their own good, but I can see there will be enough there to create whatever kind of mood I’m looking for into the future.

That’s the music side of things, but let’s talk about the star of the show – Hatsune Miku. She’s a real joy to work with. You start by adding her to the list of instruments, and from there, getting her to sing is as simple as laying out the pitch of each note, and then typing the words to match.

Of course, being technically straightforward doesn’t necessarily make it easy to be creative, but I found the experience of working with Miku to be far less taxing than I had worried it might be. Good creative software provides all the tools you’ll need to be creative without forcing you to spend more time wrestling with the software than doing what you want to do. This software is good software. After spending a day or so playingwith it, I’m fairly comfortable that now I’m ready to start working on more major projects.

Oh, and a sample! This was the first semi-complete thing I created. Yes, it’s not good (not even close), but it does give you an idea of just how easy the software is to use – I created this in around five hours while I was still learning the software’s ropes, and it contains four instruments and Miku’s vocals across 17 bars of music.

The base song is a section of Beethoven’s Symphony No. 7, Op. 92, my favourite symphony, and the lyrics are from Edgar Allan Poe’s Annabel Lee. I had no real reason for choosing those lyrics, it’s just a poem I know especially well and I just wanted to toss any lyrics I could find in there to see how they worked (not quite ready to start writing my own, ha!).

So please do ignore the poor quality of the track, the point of showing you the sample is simply to show that on a technical level, it’s surprisingly easy to work with Hatsune Miku.