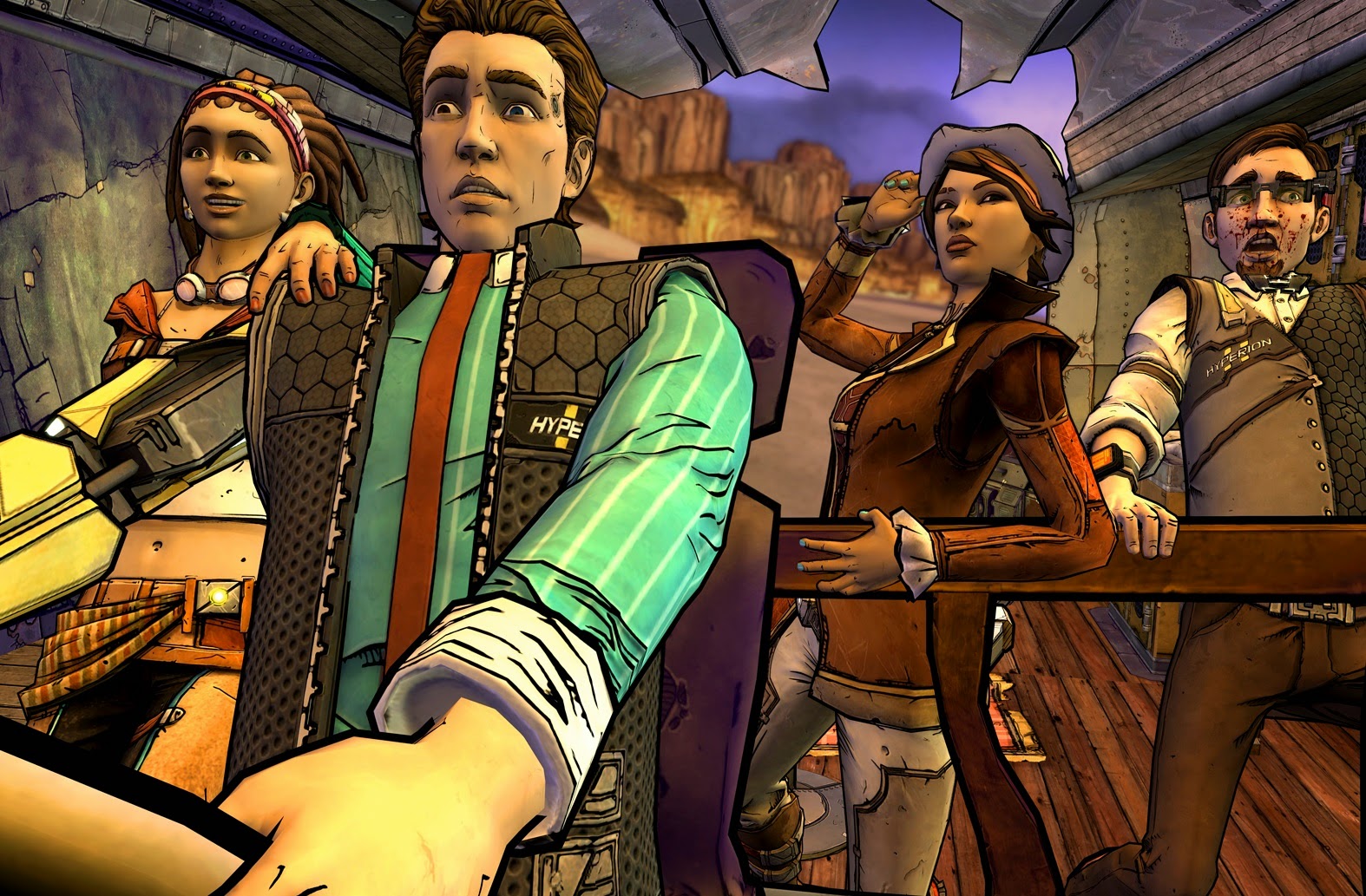 I am without a doubt one of the biggest fans of Telltale Games here at Digitally Downloaded. Its short slices of narrative gaming resonate with me, and I have had the pleasure of playing everything it has released so far. Tales from the Borderlands: Episode 2 – Atlus Mugged is another episode that represents the best of what Telltale games is capable of (and there is a lot of it) and areas where the formula can still be frustrating (there is far less of this).

If this review reads like I am of a split mind about this episode, it’s because the game itself is to blame. Episodes do tend to be rather short at around two hours from start to completion. Then, having to wait months between episodes is less than ideal. I dislike waiting a week between television episodes, which is why I tend to binge watch them as a whole several months after the season has concluded. I would not blame anyone for doing the same with these games. Yes, it allows the developers to keep working on a variety of titles without letting a single property stagnate too long, but it sure would be nice to have those episodes on a more reasonable time frame.

Thankfully Episode 2 does a good job of reminding you of what happened last time in the introduction, and the first section of the game eases you back into things with plenty of visual cues and hints along the way. These Telltale games are not difficult, because they want you to progress through the story. They also have a tendency to create the illusion of choice. Major plot points still occur as determined by the game’s writers, but they do have a remarkable ability to make you think like you’re in control of at least some of it. It is entertaining to go back and make some different decisions and see how things play out the second time, even if you wind up in the same place. 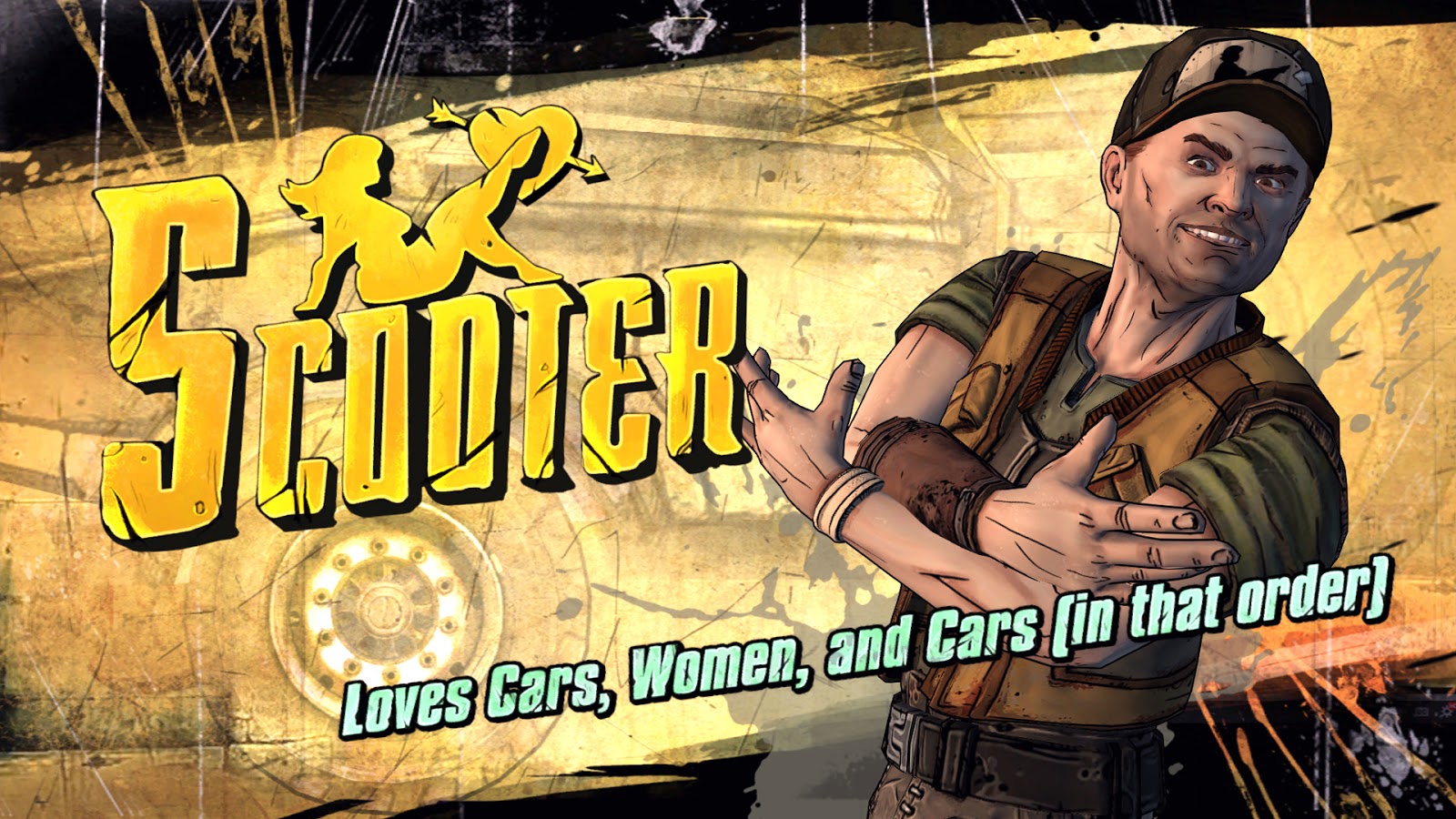 With all of that said, Atlas Mugged is another outstanding example of how excellent writing and voice acting can elevate any gaming experience. The jokes are plentiful in this episode. I thought the initial one was pretty funny, but I found myself laughing loudly on many occasions throughout Atlas Mugged. That is not to say there are never any serious or sentimental moments, because they are. However, the tone found here is quite different than that of games like Game of Thrones, The Walking Dead and The Wolf Among Us. There is still plenty of action to be had, and the tale being told is interesting, but the voice actors really sell the script and sound like they are having a great time with it.

Visually Tales from the Borderlands is exactly what you would expect, with cartoon characters that look decent enough without trying to be overly realistic. I think the vibrant colours and occasionally silly characters fare even better in this series than most, due to the zany and comical world they inhabit. All of this is secondary to the story, which is still leveraging the unreliable narration that was implemented in the first episode.

Atlas Mugged still alternates between our two main characters, Rhys and Fiona. Both are telling different sections of the story, though where one leaves off and the other picks up often overlaps and their opinions on these scenarios often varies widely. At one point Rhys takes a tumble and Fiona describes it as a geyser of blood spouting from his head, while Rhys is quick to point out that since he is still alive, it clearly could not have been that bad. These moments of transition from one character to the other helps to set the tone and remind the player that while you are experiencing the game, you are doing it through each character’s eyes. 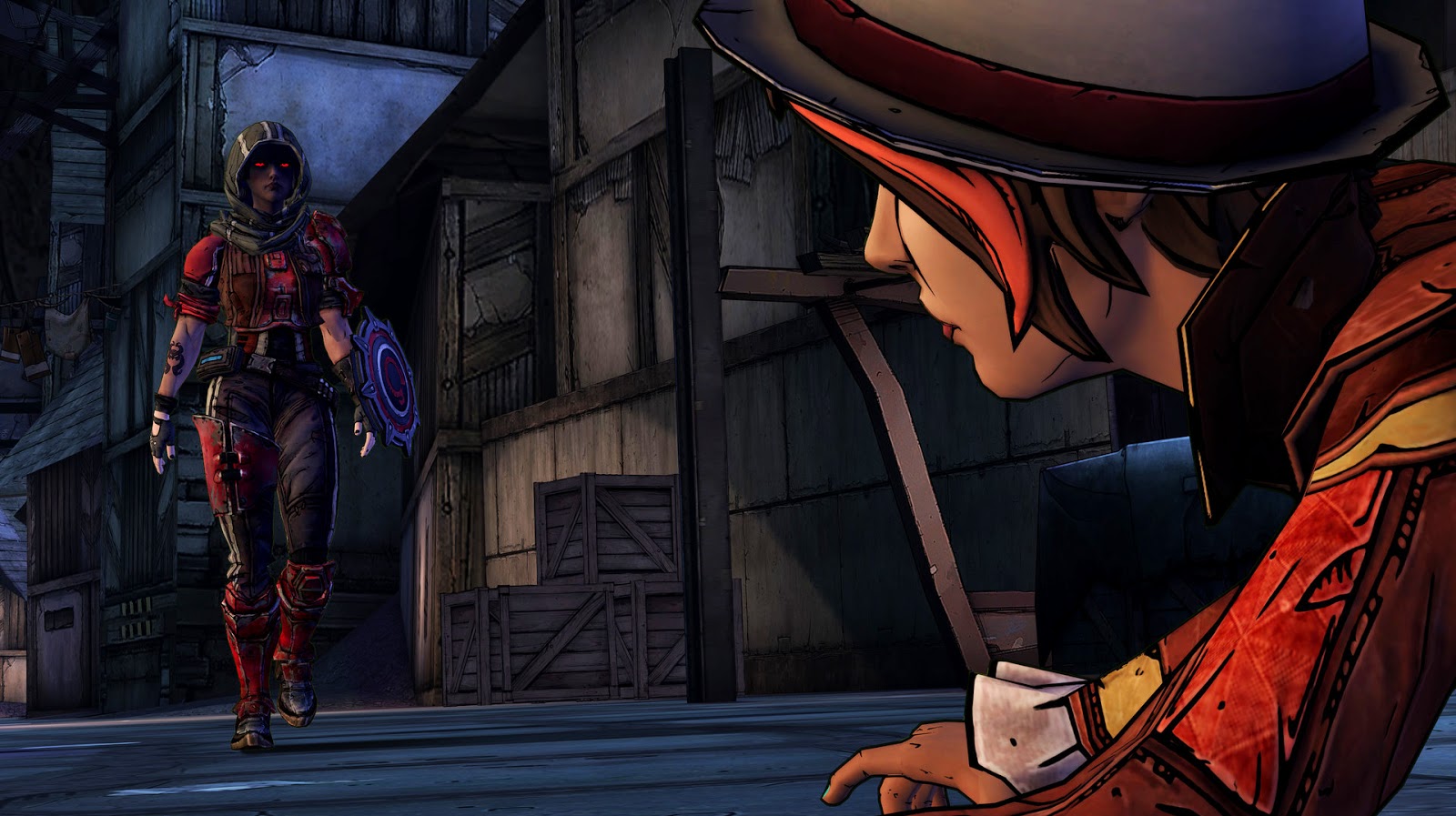 More than just different personalities, the two characters have slight differences in how they play. These are fairly minimal, but they still make a nice touch as Fiona can acquire money to use at one point in the chapter, while Rhys can use his mechanical eye to survey his surroundings and try to find clues to help solve the environmental puzzle in front of him. Other characters from the prior chapter return, and a handful of new ones are introduced as well. Character introduction has been handled at a slightly slower pace that in some other Telltale games, which I believe was a good choice. Tales from the Borderlands is at its best when focusing on its two main characters, though these new additions are still welcome all the same.

Tales from the Borderlands: Episode 2 – Atlas Mugged was a lot of fun to play. I just wish the wait between episodes was shorter and that the segments themselves had a little more meat to them. That I want more now is a testament to how good they are, but it’s also a frustration with the episodic format. If you enjoy the goofy Borderlands sense of humour from prior games or had a chance to play the first episode, rest assured you will find plenty to like in this latest release.

Impressions: Final Fantasy XV; this game will restore people’s faith in the franchise