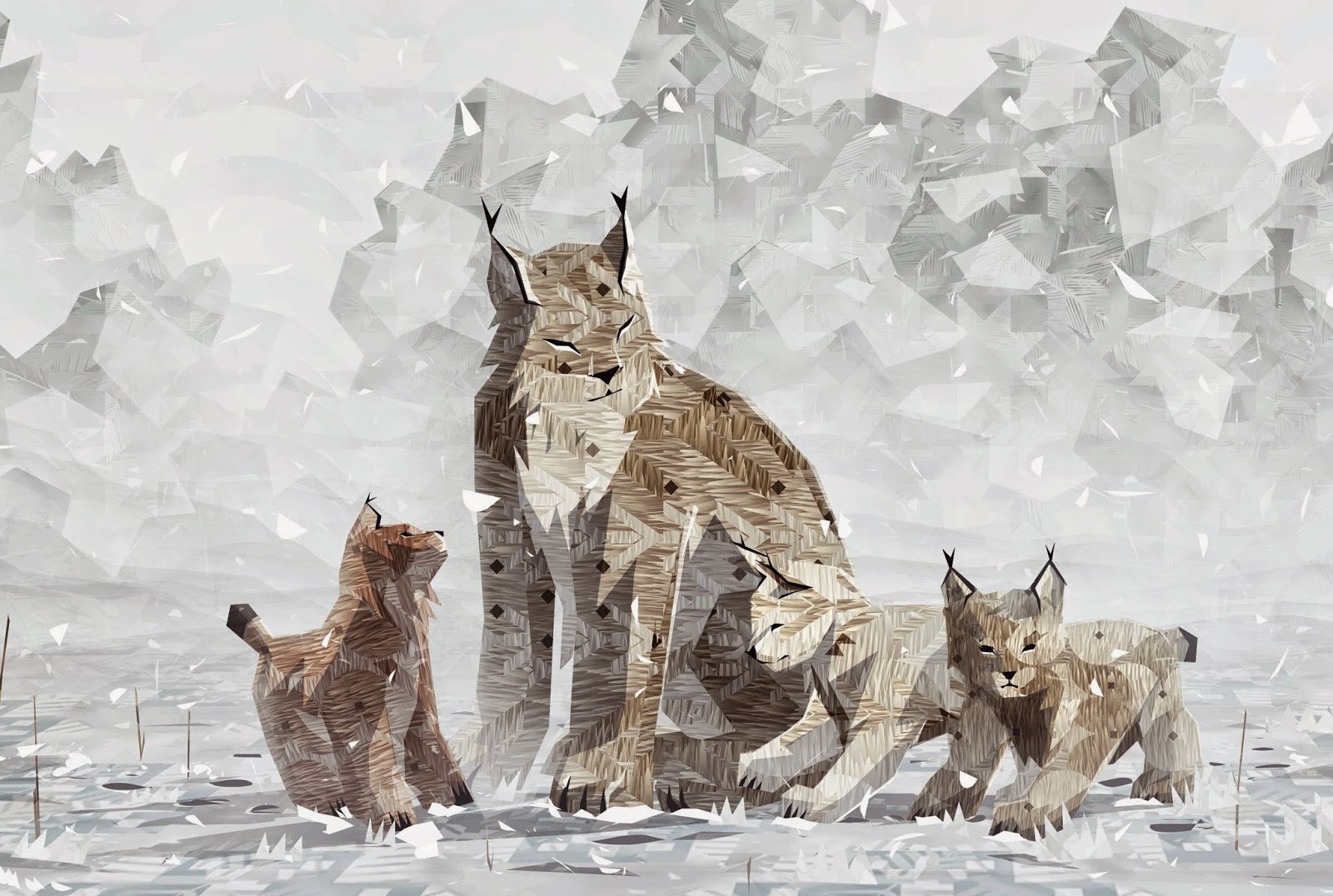 Shelter 2 places the lynx and her young in a beautiful open world that looks like a living, breathing canvas. It’s a beautiful mix of pastels and watercolours, that when blended together creates a stunning backdrop to explore. The game, from the beginning, allows players to explore the whole world, with the notable challenge that you can only venture as far, and as quickly, as the four baby lynxes that are following you allow.

Your aim, as the protective mother you are, is to safely nurture your offspring, allowing them to grow up and fend for themselves. Initially, your hunting offerings are very small and you’ll find your lynx chasing wild rabbits or shaking bird’s nest out of trees. It isn’t until about half way into the journey that the lynx family will come across deer, and catching one of those involves a thrilling chase and a sense of predatory satisfaction each and every time you are able to get the lynx to leap onto their backs and wrestle them to the ground. Hunting is a relatively easy affair, and the only real strategy for catching animals is to run after them and hope that you don’t run out of stamina. There’s no way to sneak up on animals, or attack them unawares from a height. It’s the most simplistic system and, unfortunately, it’s not especially enjoyable as a result. 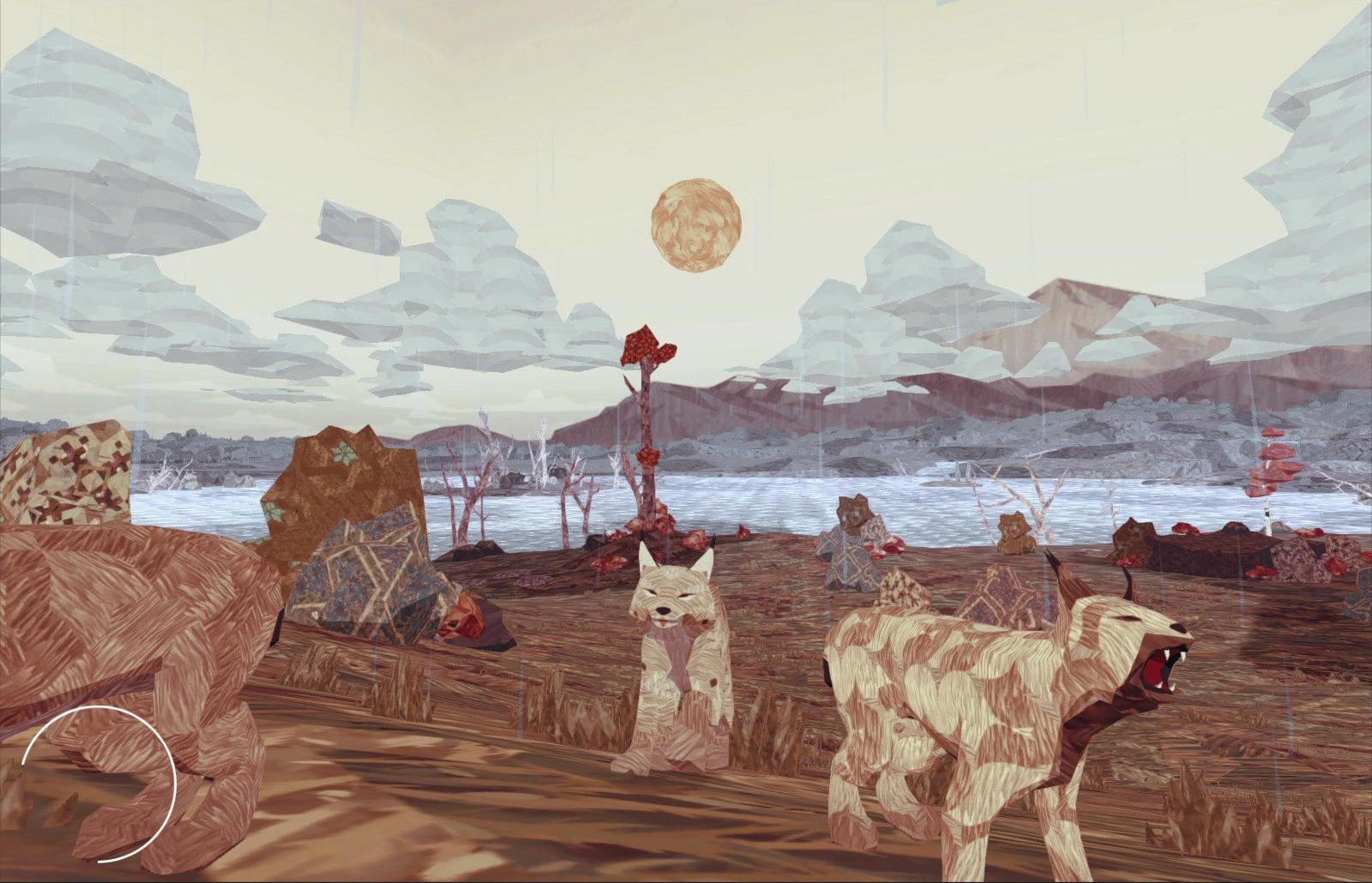 Shelter’s strongest point is the connection you form in the role of the mother lynx with the cubs. At the start you’re given the opportunity to name them, and this simple activity starts building the relationship you have with them. You’re happy when they are fed and grow to be much stronger. And you genuinely feel bad when they are whelping out in hunger pains or they are attacked and killed by wolves. Once they grow up, (which doesn’t take long at all), the journey starts again as you take on the role of one of the cubs, now with their own offspring. As with the hunting mechanics, this structure does work, it’s just that it gets incredibly repetitive.

On paper, the hunting side of Shelter sounds enjoyable. The open world that has been created is strong enough to sustain the desire to explore. Seasons also come into play that effect the environment. Winter freezes the lakes which open up areas that were previously locked off. When winter comes though, hunting and feeding the cubs is much harder. Sadly, while the gameplay does have its moments, the prey is spread apart so it often takes a few minutes to find, and then catch, something. I would walk my lynx to different sectors of the map, only finding a few animals to feed on, much to the dismay of the starving young. There’s also a distinct lack of guidance on what to do or where to go. While I understand the desire to offer a terse survival experience, for new players, to be so confused at everything in the world, it’s to the game’s detriment.

I don’t have kids, nor do I plan on having any for a very long time, but something about Shelter brought out my parental instinct to protect children. It was emotional when they were taken away from me – as was it emotional when they grew up and left the nest. It’s a nice touch that they’ve allowed you to look at the family tree, and see the generations that lived before the lynx that you’re currently in control of. It’s just a shame that the gameplay is so generic. It doesn’t take long for one generation cubs to grow up, and so the impact of what happens to them is then diluted from the minimal time that you’ll spend with them. And as much as I loved looking off on the beautiful horizon, everything else made me want to get out as quickly as possible.