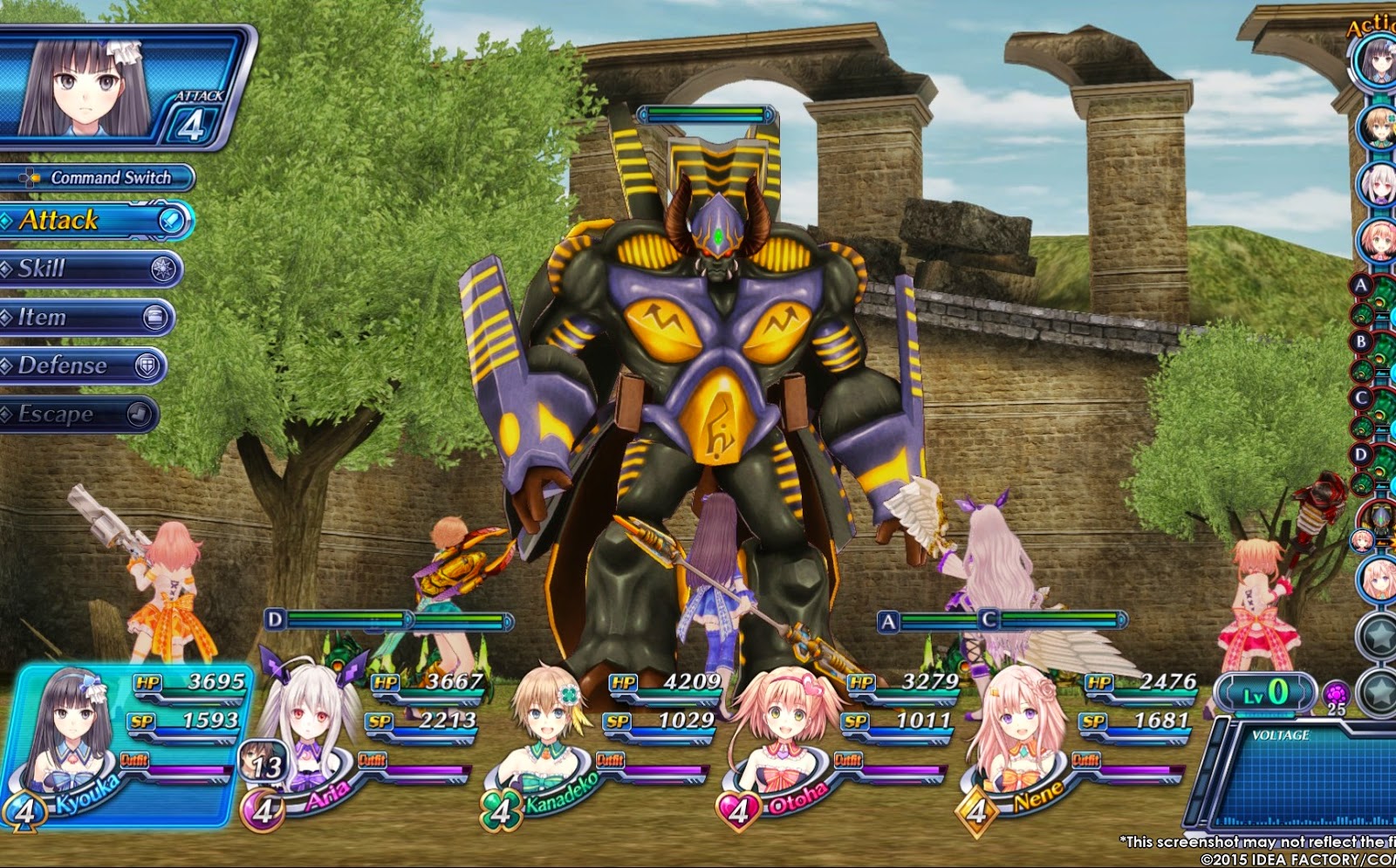 Omega Quintet is the first “otaku” JRPG that will be released on the PlayStation 4. Coming to us from the masters of the otaku in Compile Heart, and due for release next month, the more we’re seeing of it, the more we’re loving it.

Related reading: For some trailers of the game, check out this article.

Compile Heart has taken the opportunity to share with us some screenshots of some of the giant enemies that we can expect to face in the game. I suspect these are a range of bosses, or at least significant, important enemies, because they are huge and clearly powerful.

There’s also a sign that Compile Heart’s history with humour will flow through into this game as well. One look at the Transformer-like enemy should be enough to convince you of that one. What did surprise me was that there was no tentacled enemy. Surely there’s one in there somewhere, because this is Compile Heart and it would be against their nature not to have one, but perhaps it’s designed to be a nice surprise for players once they get going.

Billed as an ‘idol’ JRPG, this game follows the story of a group of young performers, meaning that the combat has a heavy music theme. And, of course, short skirts.

Enjoy the screenshots… just a month away now! 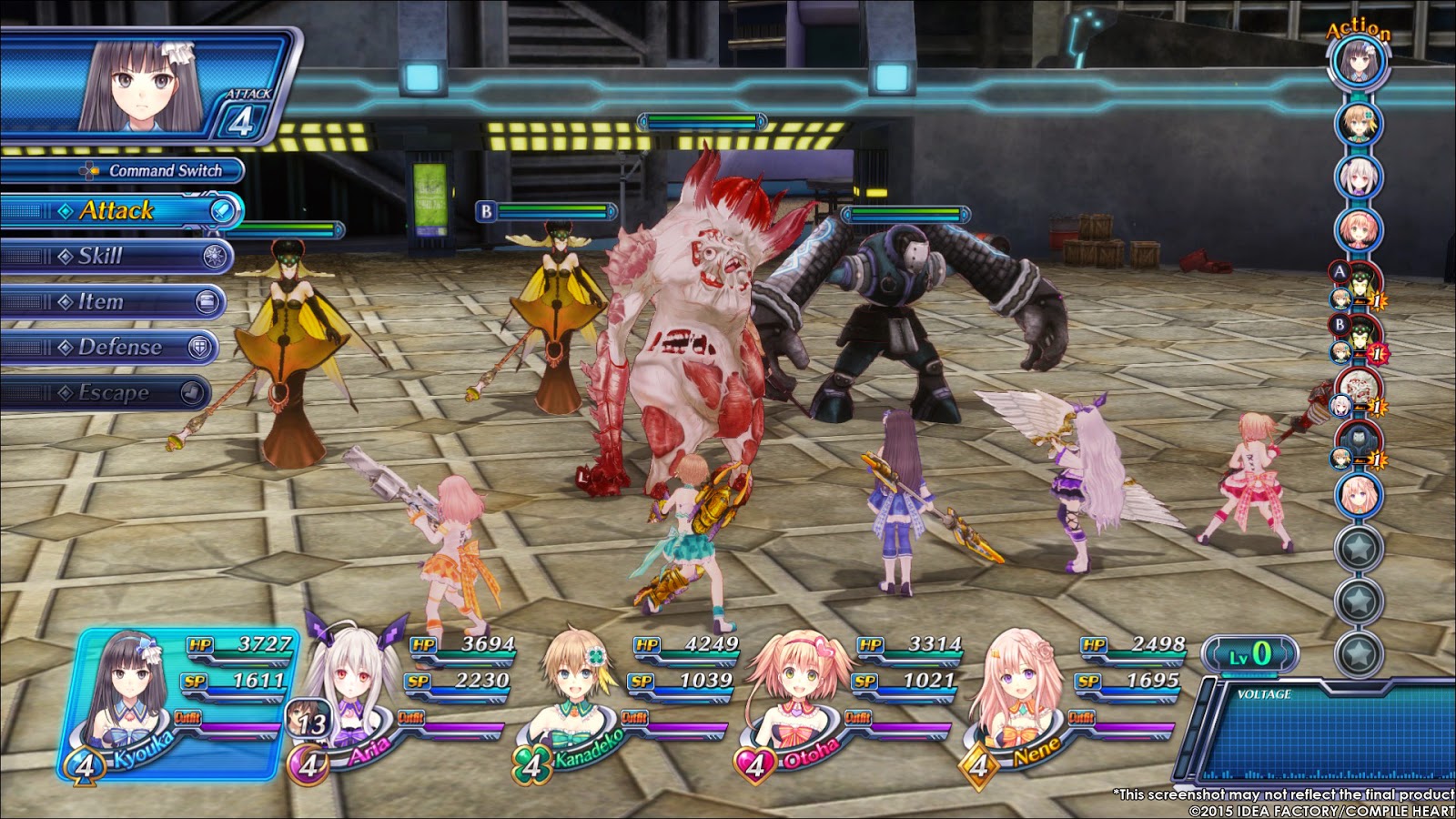 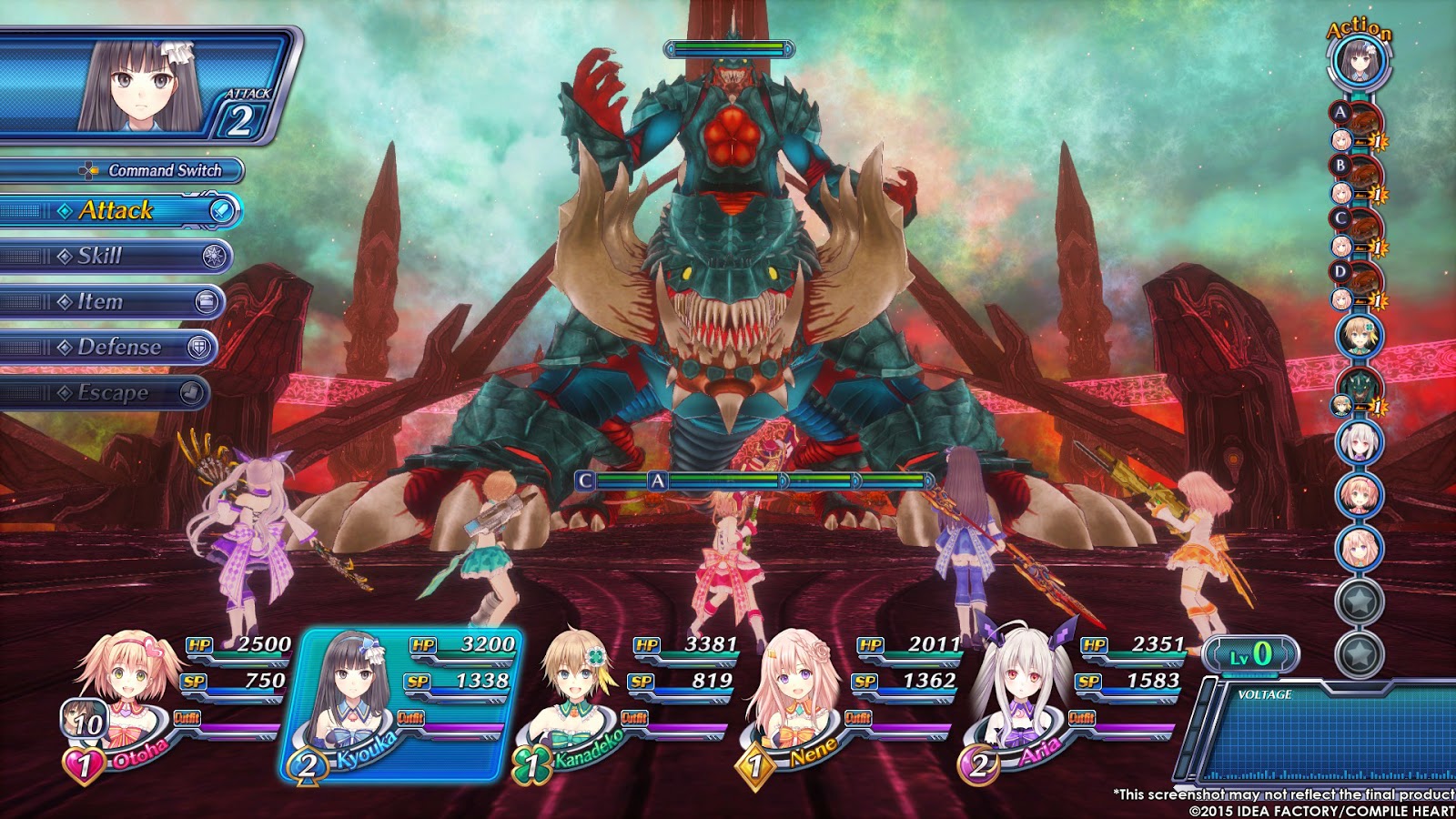 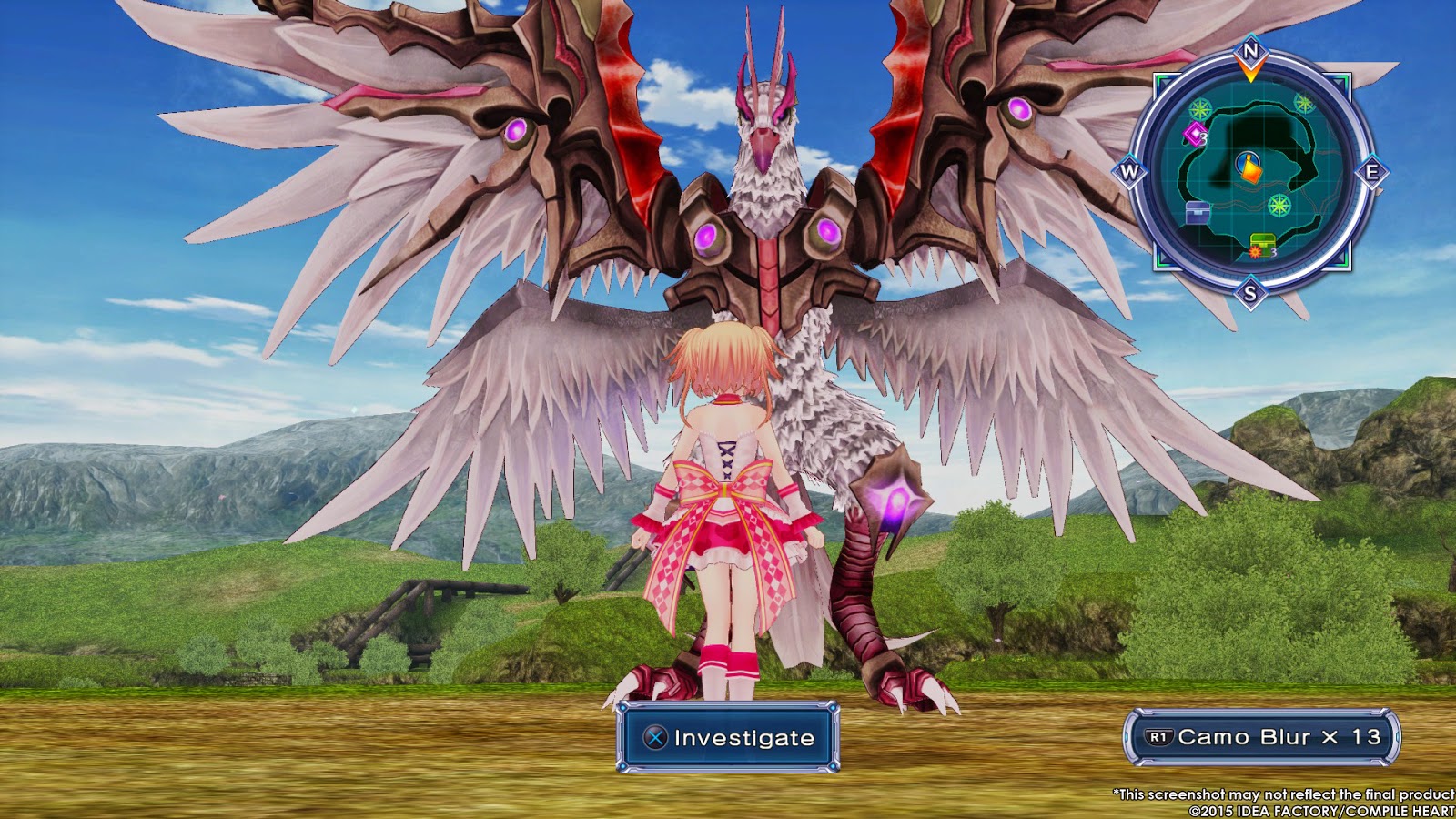 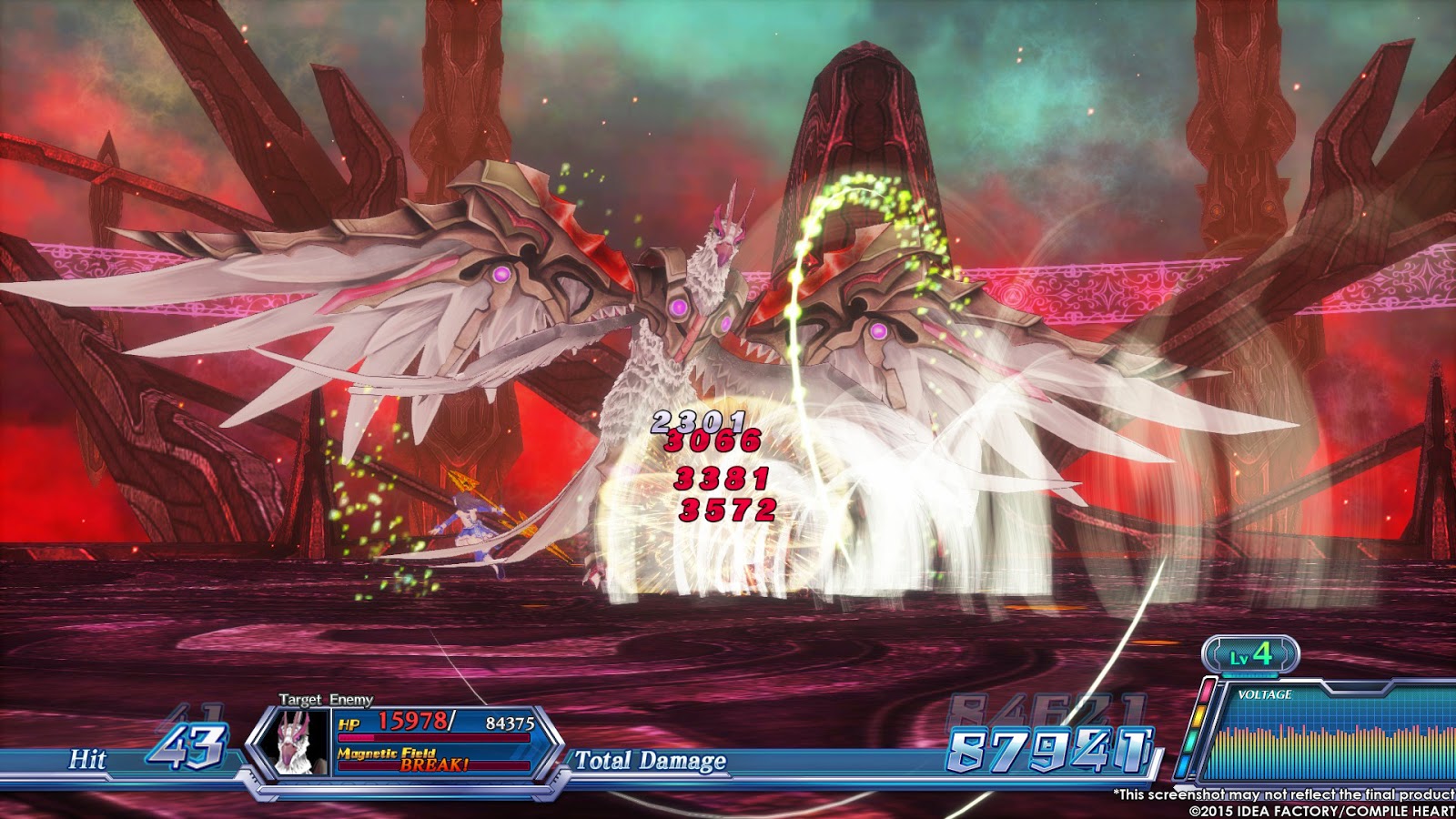 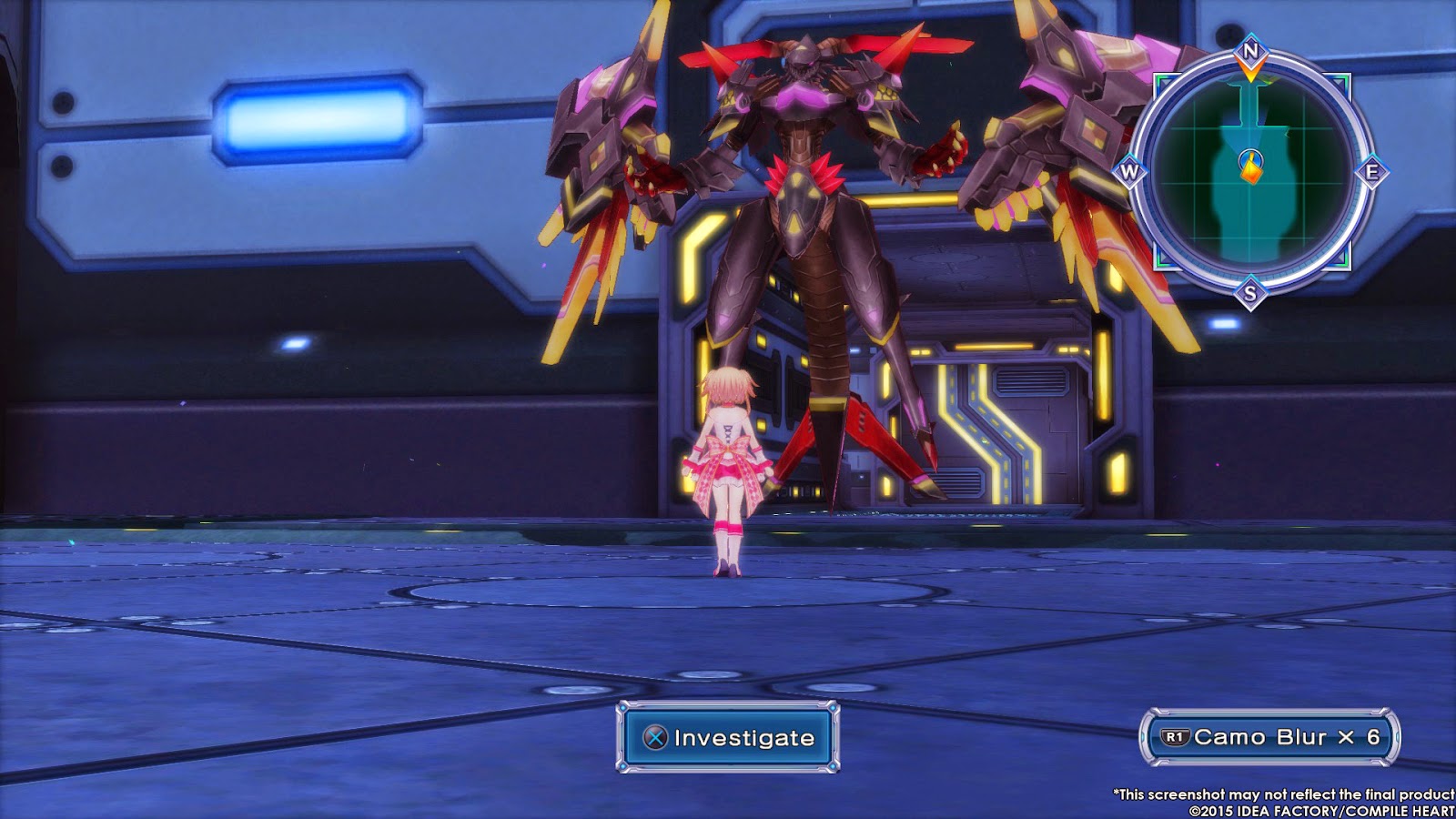 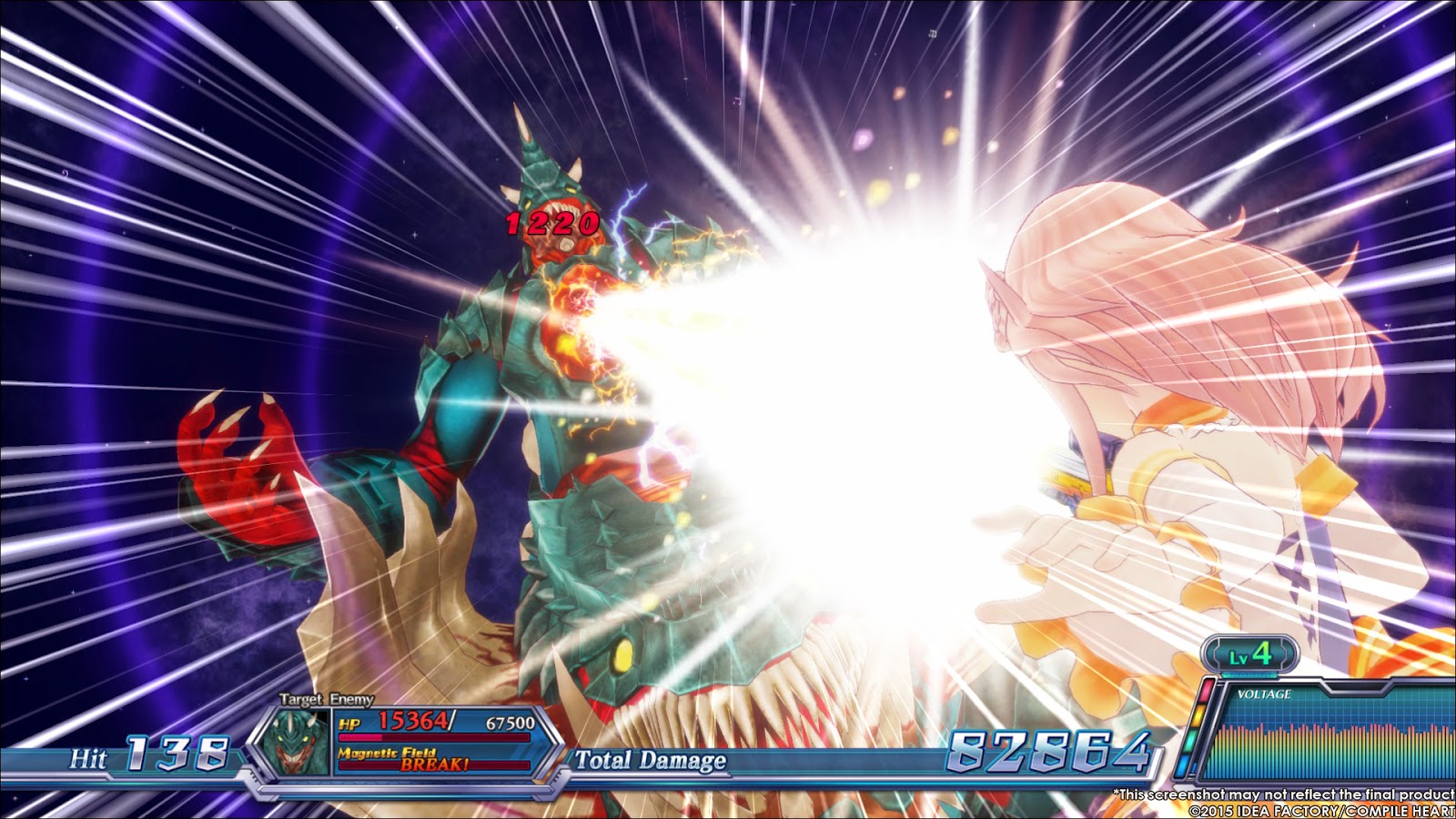