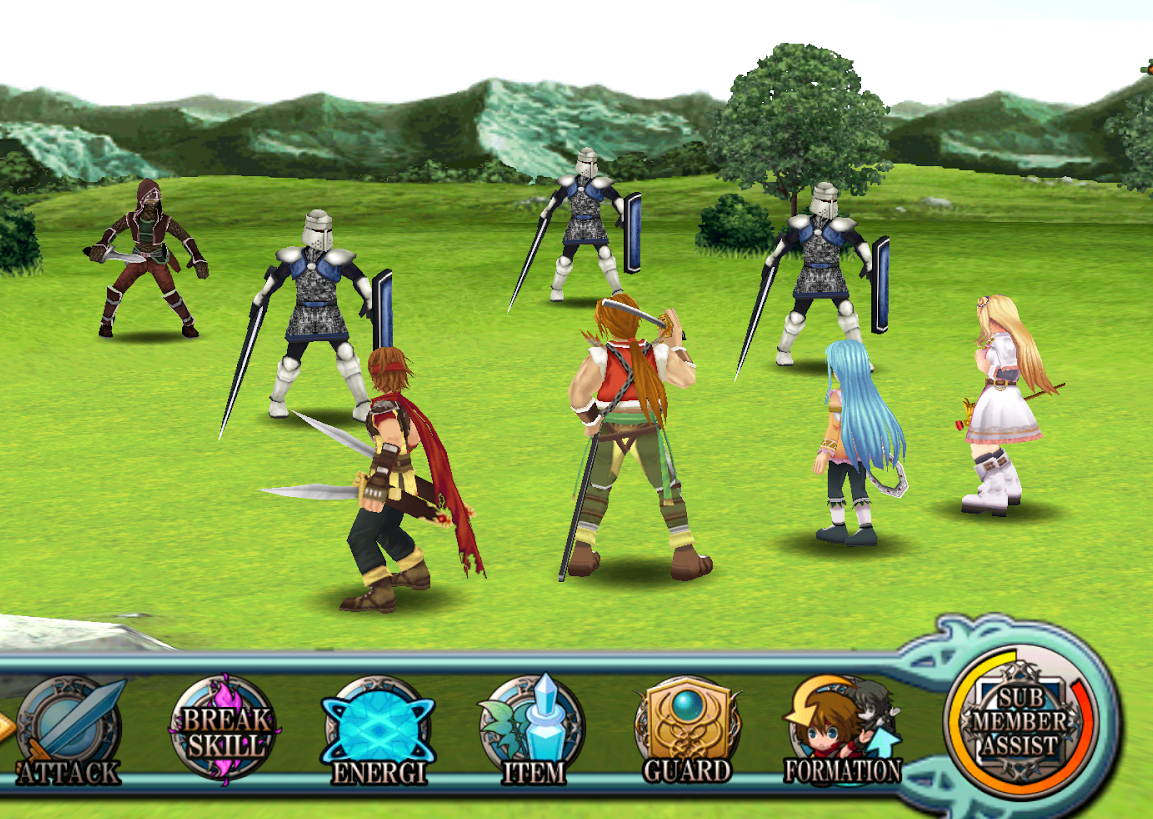 Kemco is one of the oldest game publishers in the industry, having been around since the 80s. Recently it has been targeting fans of JRPGs on both the iOS and the Android platforms with a very rapid series of classic-style JRPGs on mobile. I’ve played more than a few of its titles over the years, and now it’s time to play Alphadia Genesis, the first release away from mobile since the 2012 release of Mystic Chronicles on the PlayStation Vita.

Taking on the role of Fray, a mercenary from the local guild, the story kicks off with a mission to find out why a noble was murdered by clones – copies of people that are created to fight in wars so the “real” people aren’t threatened with death. It’s a little like Star Wars: The Clone Wars in approach, in other words.

Related reading: For an example of Kemco’s work on iPhone, you can check our Grinsia on the iPhone.

The style and approach to the gameplay is very similar to those 16-bit JRPGs that you’ll remember from the SNES era. You’ll move from town to town and dungeon to dungeon, regularly breaking from a top-down view of the world to fight randomly-generated enemies in turn-based combat. And where would a retro JRPG be without hidden objects and passageways to find loot hidden away? Alphadia Genesis does something a bit differently by allowing the use of the mouse’s scroll wheel for players to scale the camera in, or out, of the party’s current location. Almost all RPGs that hearken back to this era feature static cameras, but zooming around allows for a closer look at the walls, or a greater distance to gauge where to move to next, and it’s a small, but useful addition to make here. 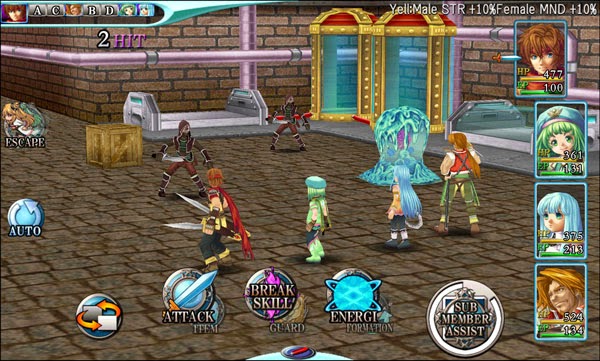 Interestingly, once a combat starts up, Alphadia Genesis shifts from a homage to SNES games to PlayStation 1 JRPGs. Instead of pixel sprite-men, you’ll instead see simple 3D models that look very much like what you’d see in Final Fantasy VIII or Legend of the Dragoon. These certainly help to inject some modern excitement into the game, but one might wonder if so regularly switching between styles is such a good idea as it might upset fans who appreciate consistency in aesthetics. Personally though I feel it is a good mix in playing to the strengths of both visual approaches to visual design.

Combat itself is a traditional turn based experience, but there are a couple of tricks that keep things interesting. Each party member has access to a main attack with their weapon as well as their own special moves and different magic types. What makes things interesting is that every character has their own personal elemental type as well, and by equipping a ring of a different element they can access a much broader range of abilities by adding that new element to the preexisting one. And there are a couple of modern features that are now standard and necessary for the genre, such as an Auto-Battle option that can be turned on or off at will. This feature is great for speeding up certain zones and when grinding is required. 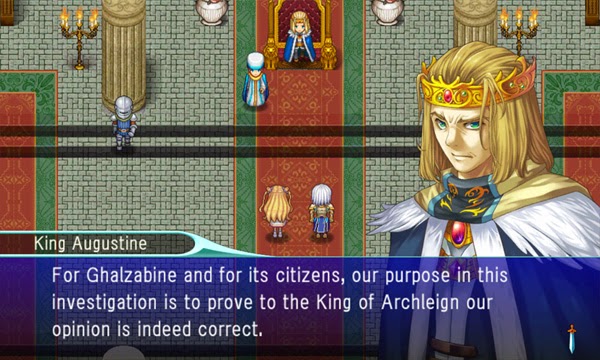 Alphadia, while being reasonably creative for the deliberately retro JRPG in terms of how the adventure is portrayed, really shines when it comes to its character interactions. While it won’t win any awards on plot as the overarching story is incredibly cliched and predictable, I found the characterisation to be quite fun. And while some of the characters follow typical RPG character archetypes that we’ve seen over the years, it is how they all interact with one another that shows that there is still a way to stick to convention and put a smile on the player’s face.

The only real issue that I had with Alphdia was the lack of controller support. The use of the mouse with on screen icons was a really nice touch as well as having access to everything on the keyboard, but when it comes to a game like this the controller is the way you want to play. Retro-style.

Between the mix of visual styles, characters, story, and the enjoyable exploration and combat, Alphadia is an RPG worth the visit, and I can only hope that Kemco brings more of its catalogue to the PC in the future.

Trailer: Get a look at Mortal Kombat X’s factions system