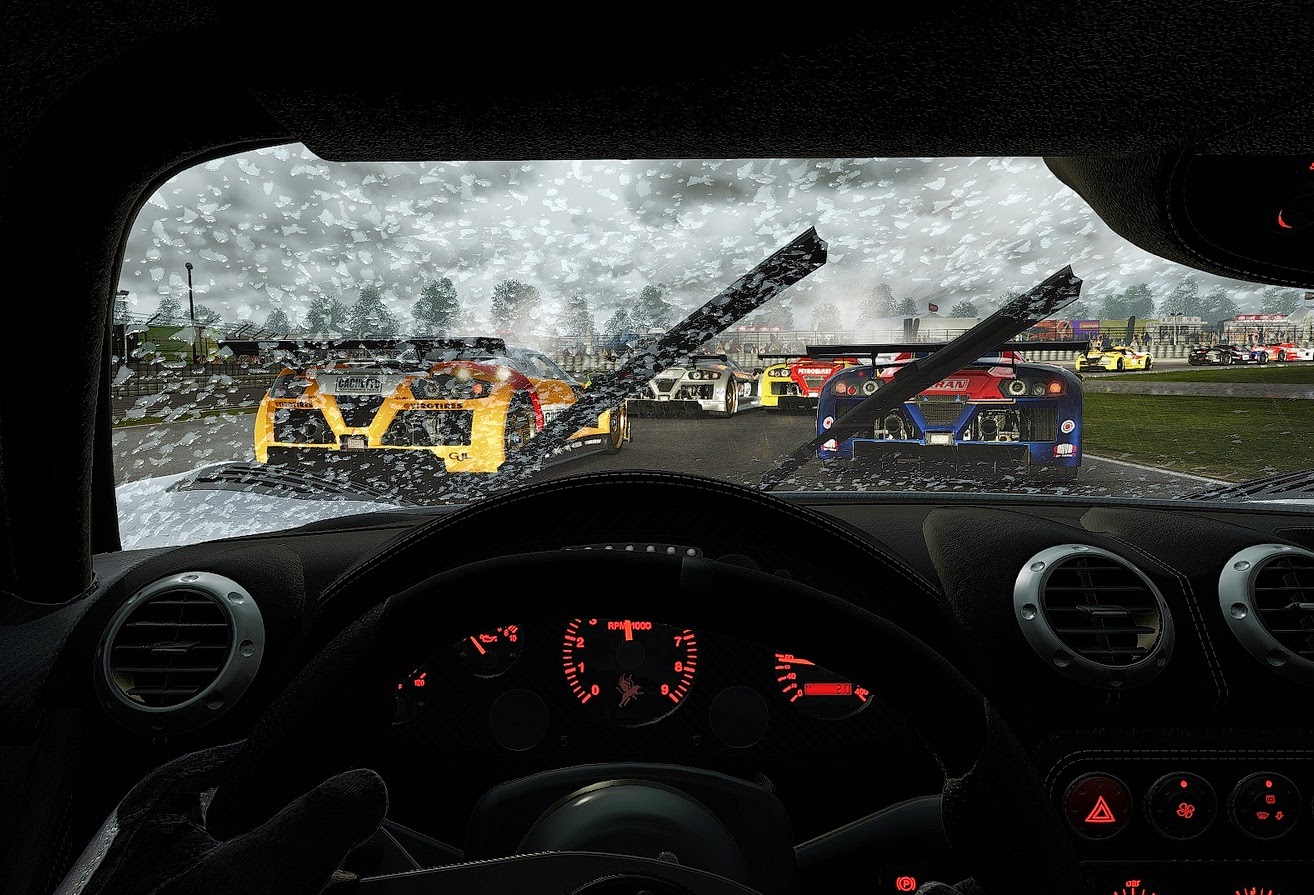 Project CARS has, from its inception, aspired to be the racing game for the most hardcore and dedicated of car racing fans. Successfully crowdfunded by the most committed of car racing fans, it has been scrutinised at every stage of its development by those same people in order to ensure that it is everything for every one of them. It is perhaps the ultimate example of how a crowdfunding campaign can effectively bring the core community and development team together to ensure the end result is a success for everyone.

The good news is that the game itself looks like it may well have achieved everything it promised and more. Project CARS is shaping up to be something spectacular, and while I wasn’t one of the game’s initial backers, after some hands-on time with it I can’t wait for the final release.
For a preview session, I was able to get some hands-on time both with the Oculus Rift PC version, as well as the console edition. In both cases I came away very impressed indeed, but I was especially convinced by the Oculus Rift version. What I found most compelling about this is the way that it creates a very real sensation of speed. I actually felt like I was being thrown around by the momentum as I was racing. My body actually went through the sensation of bouncing around as the car spun out of control. I wasn’t being thrown around, of course, but the immersion that the Rift supplied was very effective in tricking my mind into thinking I was actually zooming about a real track. No game has more convinced me of the potential of the Oculus Rift than this one. 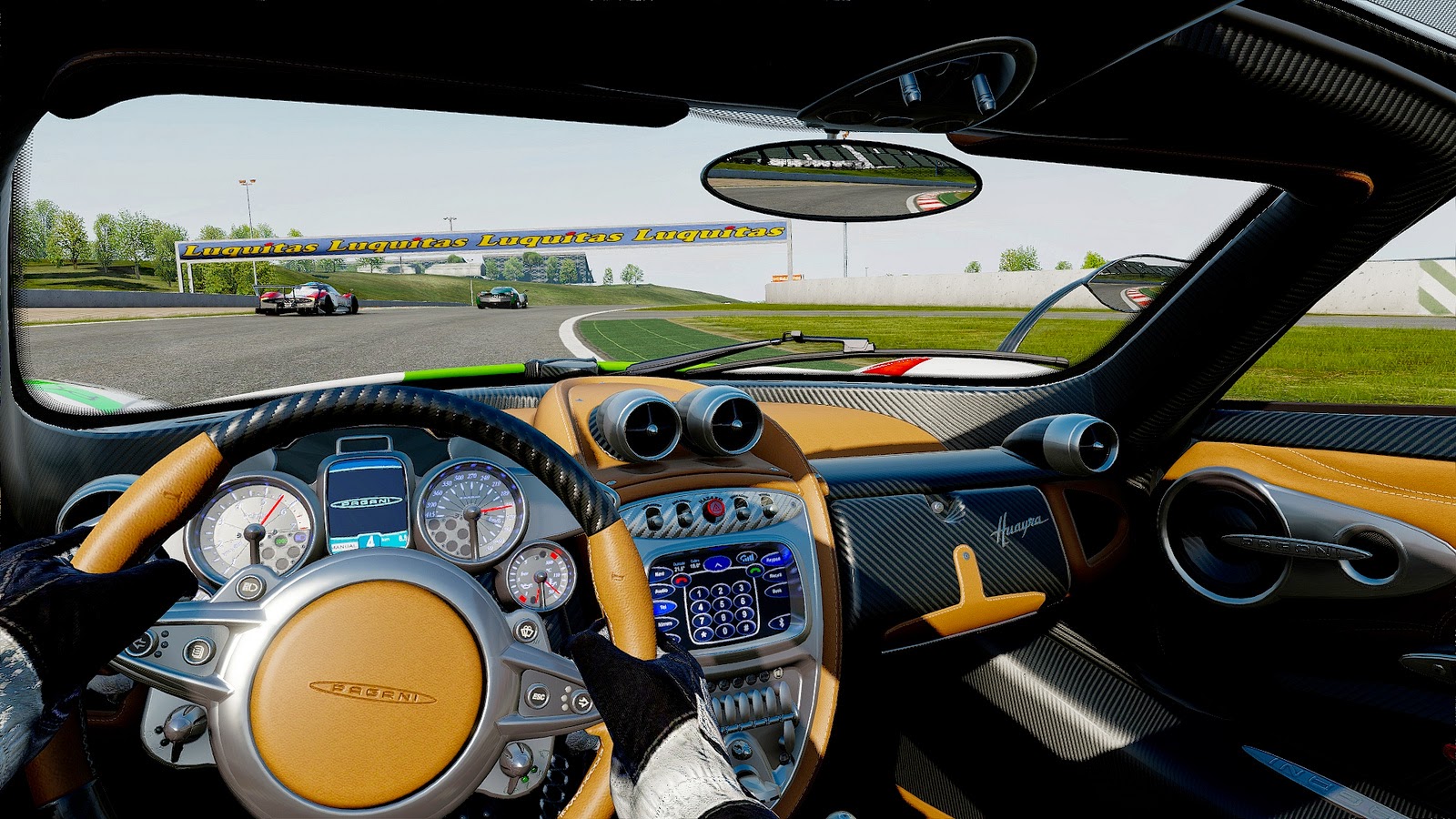 The development of the technology behind the Rift has also meant that I no longer feel motion sickness while using the thing. I can’t guarantee that the experience will be the same for everyone, of course, but if you did experience an early version of the Rift and did get motion sickness, then don’t write the technology off just yet – it has come a long way, and if you are a fan of racing games, being able to lean out the side of the car to admire its detail, or look around and take the scenery in (when not trying to weave through traffic, of course) is truly something to behold.
Away from the racing, Project CARS is making a serious point of its customisation, and I can assure people that do like tweaking engines to try and shave hundredths of a second off lap times that there really is page after page of customisation options. On-track options are just as detailed, ranging from weather (including the ability to input a specific date and recreate the weather conditions of that day, if you want to re-create a famous race or similar) through to the standard number of laps and AI quality. The game’s engine is able to handle around twice as many cars as most racing games, for people looking to inject their racing with more than a little chaos.
There’s a career mode that I wasn’t able to test out, but I suspect the real appeal to Project CARS will be in the competitive online racing. The leaderboard is very prominent on each track (for both the friends list and global rankings), and the online multiplayer races look to be very easy to set up. Helping the online racing is the fact that from the outset a massive range of cars in all categories are unlocked – no need to spend hours driving family sedans around. 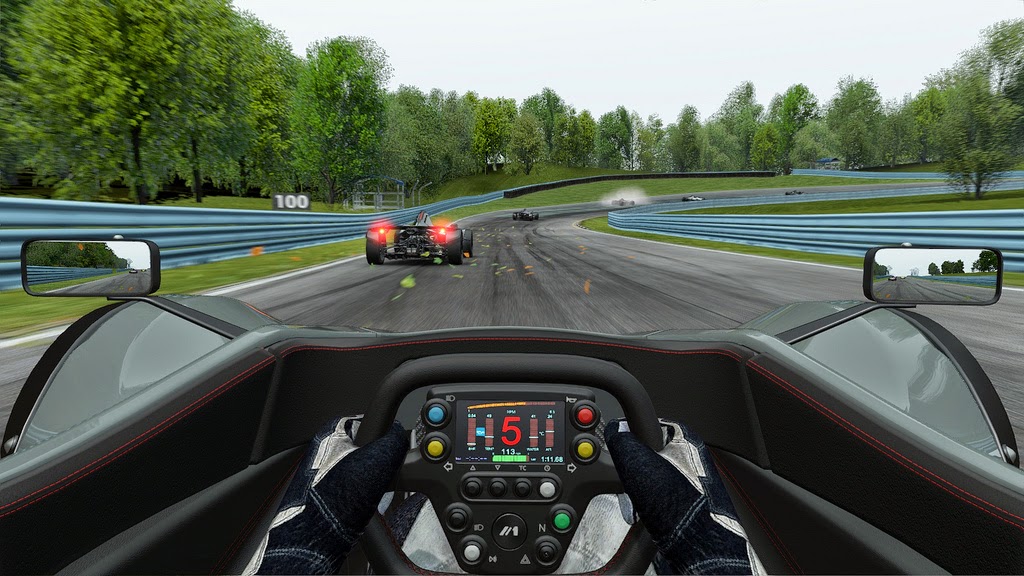 The on-track racing is very tight, with the cars having genuine weight and cornering behaving much like you’d expect on a real track. Project CARS is brutal if you go off track, though, with handling in the dirt being like trying to do a nude run through Dark Souls. You can also expect to have a tough time of it if it starts raining and you’re not on slick tyres. I wasn’t able to test out how the pit stop system works, but the final game will have that as well.
There are dozens of tracks that are lovingly recreated from their real-world equivalents and gorgeously rendered, and plenty of fully licensed cars to hoon around in. Project CARS is a clear labour of love to racing games, and that comes with a certain inaccessibility that means more casual racing game fans will not get along well with it. But as a new IP in a very competitive genre, I do believe that digital motorheads will go absolutely ballistic for this, and it will make up for recent racing disappointments such as Driveclub, F1 2014 and The Crew.
– Matt S.
Editor-in-Chief
Find me on Twitter: @digitallydownld
Share this