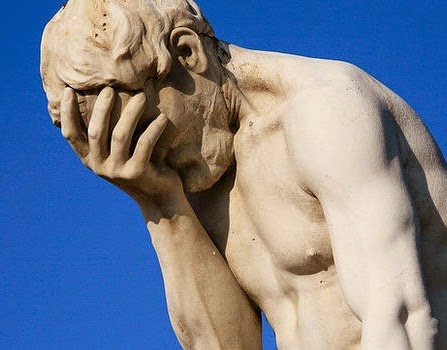 Frankly, of all the insane things that have happened in the games industry this year, the response to the following non-event takes the cake: two Australian department stores, Target and Kmart, have decided to stop selling GTA V following complaints from customers.

Over the last day I have witnessed the mainstream media call this decision a “ban” (their journalists should invest in a better thesaurus to find a more appropriate word, since no one has been stopped from playing the game). And Twitter and the other social medias has absolutely lit up with people throwing tantrums over “censorship” (which hasn’t happened, since the game is available, uncut, in a whole bunch of other shops that I’m about to link you to and the R18+ rating the Classification Board has given it has not changed to “RC”, meaning actual censorship).

Even the IGEA, an organisation and industry body that I have a lot or respect for, has got in on the act:

Over the past few decades videogames have taken their place alongside film, literature and television as a medium capable of entertaining all ages, including the ability to sustain complex and mature themes for an adult audience that rival similar works in other media.

As a result, IGEA are surprised by the recent removal of a popular R18+ game from retail shelves given the average age of a gamer in this country is 32. Games should not be treated any differently than books, music, television, or movies that are rated R18+. IGEA’s members are proud of their compliance with the National Classification Scheme and believe that consumers, which includes parents and caregivers, should be allowed to make informed decisions for themselves.

The implication here is that apparently an organisation should respect that games are art and therefore they must sell a game that they have decided is not appropriate for their audience. However the idea that businesses in the art world don’t engage in content decisioning based on the controversy generated by some works shows a startling lack of awareness on what happens in the art world. There are loads of art galleries that refuse to carry Bill Henson’s photography. So many so that many of his photos are so unavailable that you could genuinely call them cases of censorship. Yes, IGEA, even art galleries sometimes choose not to put controversial material on their shelves.

In other words, the entire industry has gone batbleep insane and blown something completely meaningless into something that many perceive to be an insult to our very freedom. But it’s not. Not even close. Target and Kmart are both incredible small fry when it comes to games sales. GTA is still readily available to order in Australia from at least the following locations, both online and in store. To help you out, here are some places you can visit which will have the game in stock:

So to make this clear; there is no censorship here. There is no “ban.” This is noting more than two companies making a decision, based on customer feedback, that they would no longer stock one product. It’s not a war on games. It’s not even a war of violent games. You can still buy Call of Duty at Target, and it’s as violent as they come.

I am utterly opposed to actual censorship. Completely removing access to content on the basis of moral grounds is a major cultural tragedy, because in order for us to come to understand a work of art, understand why it is offensive (or even determine if it is offensive), and then the impact of that work of art, we need to have access to it. I’m just parroting a standard theory of transgressive art here, but it’s the truth. We can’t understand social, cultural, and personal limits until we’re willing to push ourselves past the limit. To push ourselves, we have to be able to access mentally and emotionally challenging material.

The strangest thing is that most of the time we, as a culture, respect those rights – after all, we don’t see people throwing a tantrum because Target and Kmart isn’t stocking pornography. We’ve set up processes to allow people to challenge classifications on games precisely so they can complain, and more broadly, the government has established organisations like the advertising watchdog that people can complain to for offensive advertising, precisely because we do understand that people have a right to complain about something that offends them.

Similarly we understand the right for businesses to decide what products they want to sell. As I said, no one’s calling for a boycott of Target because they refuse to stock pornography. A butcher has a right not to sell pork. Perhaps he has a lot of Muslim customers, so selling pork would be a bad idea for him. I’ll still buy pork, but I’m not going to hold it against the butcher that I need to go somewhere else to get it. Point is, in theory we should have understood that if Target and Kmart has decided that a significant enough percentage of their demographics are offended by GTA V, then it is their right to pull it.

There should be no controversy here. But there is. And I suspect the real, underlying reason for the controversy is that the folk behind the initial complaint that got Kmart and Target to pull this game were “feminist.” If there’s one thing that has become abundantly clear over the past year in this industry, the one group of people who are apparently not entitled to have an opinion or complain about something are the “feminists”.

(Well, journalists and critics too, but mostly feminists).

To cut the long piece short: too many people complaining about something so petty is making my head hurt. Now if you’ll excuse me, I’m off to go buy a dozen copies of GTA V from all the places I can just to prove to you all how purely insane it is that this has become anything more than a footnote on the Facebook pages of Target and Kmart.