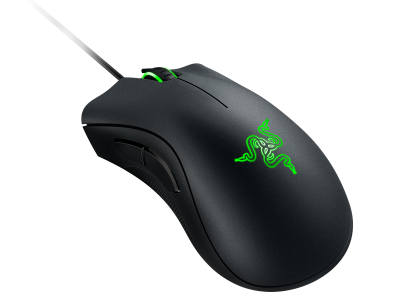 This is more like the kind of mouse I like to use. Earlier in the week I reviewed an Razer mouse designed specifically for MMO play, and found it to be a button overload for anything but MMOs. But the DeathAdder Chroma is a much more versatile mouse, while still being perfectly capable for gaming.

It’s quite a large mouse, for a start, with a form factor that is very ergonomic for right handed people – sorry lefties, you’ll need to look elsewhere. Two nice and large buttons rest on the side in easy reach of the thumb. As with all Chroma products, the backlighting is customisable though Razer’s Synapse software, and with millions of hues your favourite colour will be there.

The buttons themselves are nice and require just enough effort to click that they’re not flimsy while also not being exhausting. The optical sensor tracks nicely and with precision – while this is a budget mouse as gaming mice go, it’s still a significant and noticeable improvement on non-gaming mice.

Related reading: All of our Razer hardware reviews

There are two issues I do have with the mouse though. The first is its weight – thanks to its size  I didn’t have a lot of fun having to constantly pick the thing up to recenter it when I was playing with limited space. I’m also not a fan of the scroll wheel, which on the model I tested was stiff. Responsive, but stiff. 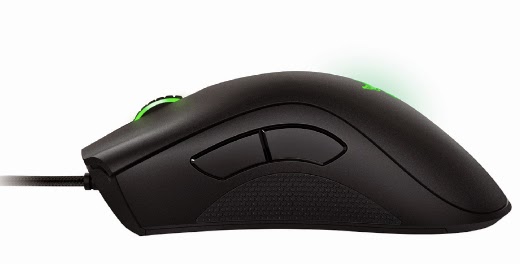 Aside from the ability to customise the colour, the biggest point of differentiation that Razer tries to sell you on is the Synapse software, which functions across all Razer products. I’ve mentioned in the past that the primary benefit of the software is that it saves settings in the Cloud, so if you ever start using a different or multiple computers you’ll be able to instantly recover your preferred settings for the device.

There are other features though, such as the ability to generate and then share over Facebook heatmaps of your use of the mouse. So for instance if you’re a League of Legends player, you’ll be able to track how you’re using the mouse as you play, where you’re clicking, and so on. I don’t think I need to point out how this feature holds almost no value to a casual player, but I assume that serious competitors would be able to use these heatmaps to improve their performance by analysing how they play, a little like professional athletes use data on how they move to improve their movement efficiency and therefore competitiveness.

As an entry-level pro gamer mouse, the DeathAdder occupies a somewhat confusing space – It’s possibly not enough for the the most competitive professionals (and Razer itself has far more premium products), but it’s beyond the price range of people who aren’t at least somewhat serious about their gaming.

But it’s well made, comfortable for the most part, and easy to personalise. I certainly enjoyed my time with the DeathAdder.

DDNet Game of the Year Awards 2014! Mobile Game Of The Year