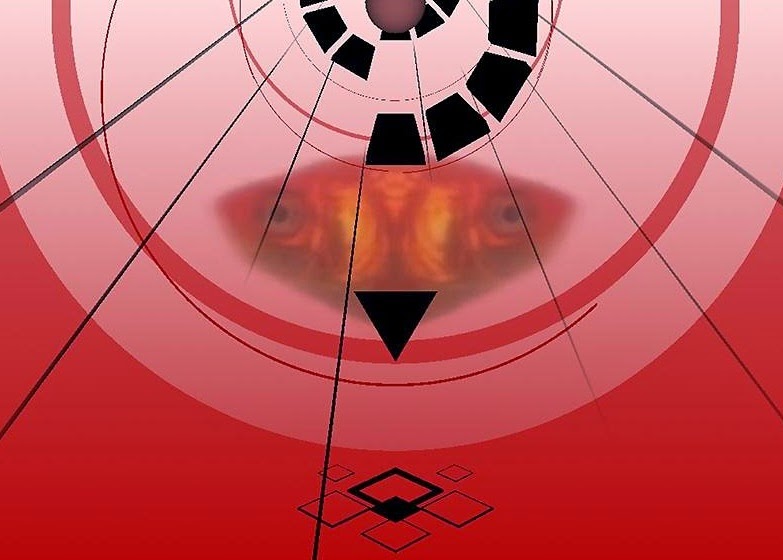 You can’t hope to play an open world epic these days without coming across the all-pervasive mini game. These ‘games within games’ form short diversions from the narrative; a game of cards, a race against the clock, a puzzle board of icon matching, switch flipping, quick time events.

Seldom are they stand out experiences and too often they feel like padding. Now pick a game that contains just one of your least favourite mini games, take away the 20 + hour playthrough, scrap the sustaining narrative, the believable characters, and the jaw-dropping graphics. Ditch the main quests, the side quests, the multiplayer, and the map. Strip it away until you are left with just that mini game, at its hardest level, a small slice of impossible entertainment, and play it over and over and over and over again until you cease to regard where it had come from and when it will end. Welcome to Cosmophony, a proto-game, if you will, an epitome of micro content without meaning, and a game that seems to have been released before it was ever ready to be let out with the big boys to play.

Cosmophony feels like it has been ripped from a bigger, more substantive whole. I can even see the phantom icons on the open world map, to indicate where it could have been played and in what context; perhaps located at junction boxes in the abandoned space stations where you have to insert a virus into a mainframe. The gameplay, an embellished cursor that you must move between flowing obstacles, could so perfectly have filled a mini game sized hole in a bigger sci-fi epic. 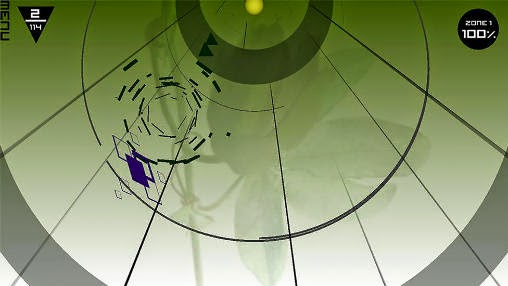 But no, Cosmophony stands wilfully on its own. The context of why you are shooting triangles whilst avoiding trapezoids is fleetingly registered as you start up the game. An alien deity, represented by the silhouetted curves of her naked female avatar, croons to you about some universal crisis. Like Entwined and Child of Eden, Cosmophony tries to create a narrative context for its design but ends up spitting the same nonsensical, Age of Aquarius-mumbo jumbo. It also plays somewhat like Entwined, substituting the joystick for the Wii U’s D-pad and ramping the difficulty up about 3000 per cent. Bento Studio, the developers, say the game is for “demanding gamers”, a euphemism that cheekily downplays a nightmare level of difficulty for potential buyers. Let’s be clear at once, due to the incredible lack of content (five two-minute levels) the difficulty spike is backbreaking and severe. There is a practice mode for each level which gives you checkpoints, but how much satisfaction can you get from practice mode domination?

Cosmophony is promoted as a ‘musical rhythmic shooter’. It comes with its own unique drum and bass track mixed by DJ Salaryman. Rhythmic shooters employ a pairing of visual and musical cues to enable progress. Drum and bass utilises syncopation (the disambiguation of beats to produce the effect of a rhythmic through-line). The rate and direction of the obstacles should be visual representations of the track’s beats, translated into syncopated motion. In Cosmophony, trapezoids arranged in rings are timed to swoop past your ship on the beat. Your ship is expected to traverse short interstices in these rings, but the gaps available require a flurry of jumps that force you out of time with the rhythm.

In being forced to manoeuvre so quickly, you rely almost exclusively on visual clues. This quickly makes the rhythmic aspect of the soundtrack redundant. This mis-match of music and motion is more obvious toward the end of each level when the speed at which you are expected to move becomes dazzling. It feels like the game is asking you to play at 180 beats per minute or not at all. Cosmophony’s mashed up name can be roughly translated as meaning ‘universal sound’. Ironic when you consider then that the game’s poor application of soundtrack has created an inaccessible musical experience. That the music has also been released independently of the game as a digital download makes one distinction clearer: DJ Salaryman is much better to listen to rather than play against. 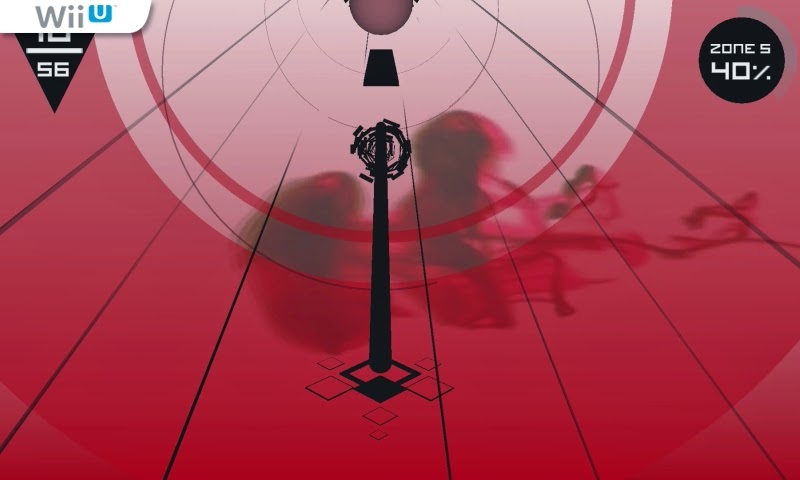 The music or the game? Which came first, and at what point did they so awkwardly collide? You’re left to wonder whether the two wouldn’t have been better off without each other in the first place. And this is not the only discord in the game. Visually, the game is a bit of an ugly bug. My own brief love affair with drum and bass in the late 90s had less to do with the hectic trippy visuals of Cosmophony and more about dark, encompassing, smoky clubs in South East London. Cosmophony incongruously pairs traditional drum and bass beats with a garish repeating kaleidoscope of objects in motion (swimming goldfish, sloshing glasses of wine) which neither services the game artistically or aesthetically. At times the background resembles those pop art shower curtains and acrylic toilets seats we all thought were cool in our student years. It’s a rather gaudy affair, mixing effects that seemingly herald from a Casio watch display, to Microsoft PowerPoint slide transitions. It may be a raver’s paradise, but in my opinion, appreciation of good drum and bass requires a darker canvas.

Cosmophony works better on the small screen of the Wii U’s Gamepad. Looking down rather than horizontally at a TV screen makes the game a little easier to play. This, as the developers point out is a “mobile experience” after all. But on the Wii U, the game suffers from the ‘sit down and play restrictions’ of the whole console. No matter how much the Gamepad tries to feign the appearance of DS portability, you won’t be taking the experience anywhere further than the other room. There is also a noticeable degree of latency when moving your craft using the Gamepad’s D-pad, something that is absent when using the touch screen controls of the tablet version. On top of these problems, Cosmophony sits at around $US4 on the Wii U eShop making it more expensive than it is for phones or tablets. Why buy it for the Wii U when you can enjoy it as a cheaper, more adaptable experience on iOS or Android? The Wii U port may indeed have been ill advised.

Cosmophony is the mini game that wants to be more. On the Wii U its lost identity comes with a $4 price point that beguiles the curious eShop browser into a false bargain. It may be affordable but it is without payoff. I can see Cosmophony, ‘the mini game’, succeeding in the greater good of some epic open world game. I can even imagine the intense difficulty serving some indomitable achievement or trophy that is attached to the 100 per cent completion of a larger product. Had the game been a tiny part of a greater whole it would have worked. But as it is, and particularly on the Wii U, Cosmophony ends up playing like a demo, stripped of its powers to sustain by its confused design, lack of content and its impossible level of difficulty.

Vote for your favourite games of 2014, and win a PlayStation 3 double pack or Persona Q on 3DS!