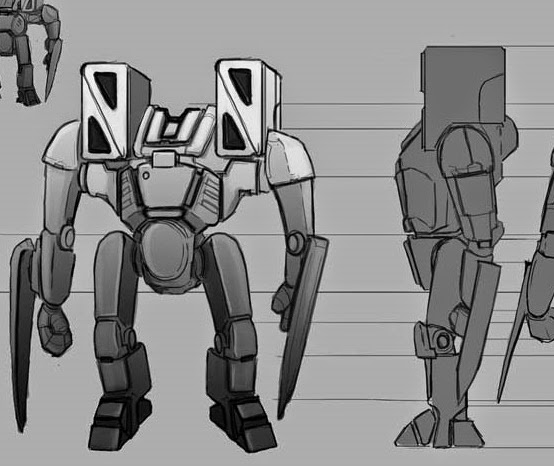 Yesterday we published the first part of an interview with Dawn Patrol Games as it prepared for the release of Nitropia: War Commanders. Today we bring you the second part.

Set 300 hundred years in the future, a destructive race of aliens called the Magmites are harvesting the planet Earth and pushing a beleaguered human race toward the icy poles. There, our dwindling civilisation discover a rare, but naturally occurring compound of Nitro Carbon, called Nitrus which provides the energy to fortify and turn the war against the Magmites.

I’ve been talking to Prithvi Virasinghe, studio head at Dawn Patrol Games. In the first part of the interview we discussed whether creatively rich games can flourish in the free to play market of digital downloads, and the emergence of original gaming IP in Sri Lanka. Today we talk more about the mechanics of Nitropia, its place in the mid-core gaming market, and the challenges involved in developing for touch screen tablets.

Digitally Downloaded (DD): The Rheiden enemies in the game Nitropia went through several iterations, and were changed primarily because you felt the concept of sentient alien machines was cliché. How difficult is it to avoid cliché in tower defence games which primarily simplify AI behaviours to attack and defence?
Prithvi Virasinghe (PV): Well the conflict of man vs. aliens/ monsters is pretty common. So we wanted to invert that a bit and ask what if man was the monster? Our ‘monsters’, the Rheiden, are the planet’s first inhabitants. Can you blame them for wanting to reclaim their home? From the human side, just because someone was there before you, does that mean the people that are there now have no claim to it?

That seems to be the central issue of a lot of global conflicts in the real world so it felt like a pertinent starting point for our conflict. Our grand plan is to make Nitropia a real time multiplayer experience with three asymmetrical factions. As you play the game we reveal some new threats, and will introduce a human/ cyborg race. Naturally, the cyborgs view themselves as a superior evolution of the humans. In the final act of the story you get to play as Rheiden battling the humans and the cyborgs. But as a small team we have to bite off smaller chunks and hope that one part fuels the development of the other parts.

My favourite units are the spell casters that can heal other units and jam towers. On their own they are pretty tough, but when they combine together they can make a huge impact because they are healing each other and jamming your towers allowing stronger units to take your towers down. So in terms of strategy you are able to achieve some interesting variations by having units follow certain behavioural principles and setting rules for how they interact with each other.

But yes, you are right – in the end it is a tower defence game based on offense and defence but we are trying to push at the edges of what that can mean. 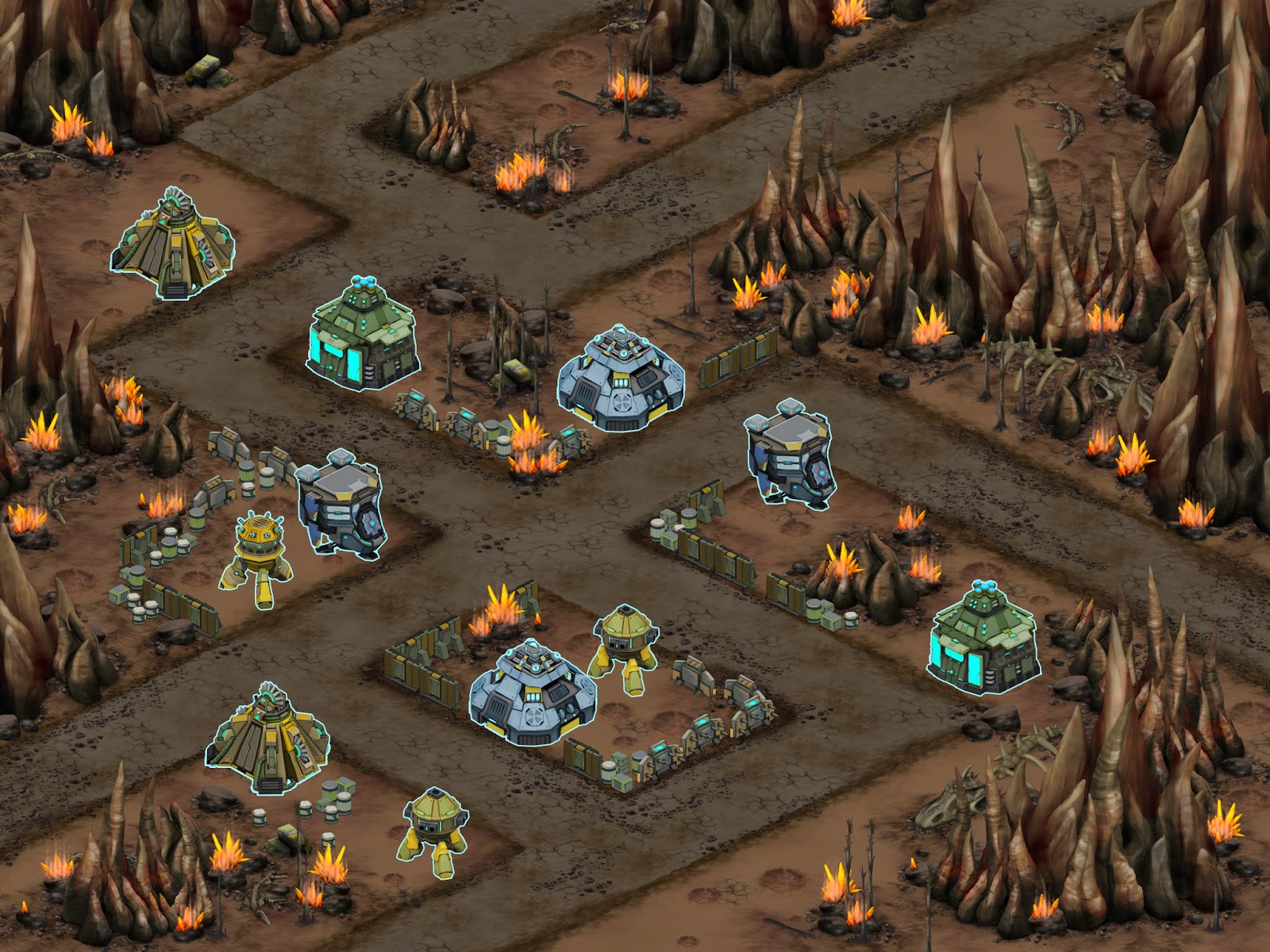 DD: Nitropia is made for the mid-core gaming market. Can you explain what mid-core gaming is?
PV: I think the simplest definition would be games for people in their 30s/40s that played games in their youth but don’t have the time to play anymore. It used to be pretty clear that hardcore gamers played on PC and consoles and casual players played on the web. Now with smartphones and tablets you see a new play space emerging as well as players maturing. Mid-core is the segment that captures those players in transition. I consider myself a core gamer without any time to play. I’m married, I’m starting a family, I’m in my mid-thirties, I’d rather be out surfing all day. I don’t have time to play Destiny or League of Legends. I would not like a thirteen year old brat yelling obscenities at me in a chat room. I can still find the time every once in a while to sink into a game hole for half a day but I’d say my epic gaming sessions are behind me. That doesn’t mean I don’t want to play something core-centric though. I’m a mid-core.

My wife spent a good chunk of her teenage years playing Sim City but now she’d rather play Pixel People because she can get her fix in bite sized chunks. She’s a mid-core.

Then there are those that don’t consider themselves gamers but will send out a dozen Farmville and Candy Crush invites a week. They are gamers, but they are casual even though they probably indulge in more ‘game time’ per week than I do. Some of those players will venture into deeper gameplay territory. They are mid-core.

There are many others that can fall into this territory but I think it is just a convenient catch all for people that don’t fall into the strict core/non-core definition.

DD: Can you tell us about some of the adaptations made to the game based on feedback through play testing?
PV: The biggest one was making the game approachable but still challenging. When we play tested with young males they loved all the upgrade options; females really appreciated the story elements and cared about what characters they used; core gamers wanted more stats on everything and casual gamers wanted us to surface all the options without hiding them in upgrade layers.

We ended up redoing the UI three different times and eventually settled on the comic book panel style we’re using for the upgrade screens and icon style in the HUD elements.

We redid the rules for Base Battle mode a few times until we settled on the current iteration. It was initially too challenging, and then it became easily hackable when we made it easy and now we think we’ve got a good balance where core players will still find it challenging and casual players will not be overwhelmed. I appreciate old school difficulty in classic game design so there is a good bit of challenge in the later levels as you work to the final boss battle.

Other things that got revised multiple times were the sounds. We had a limited budget but we were really lucky to find some great sound people to work with. We wanted the Rheiden to sound like Zuul in Ghostbusters but that was surprisingly difficult to do! 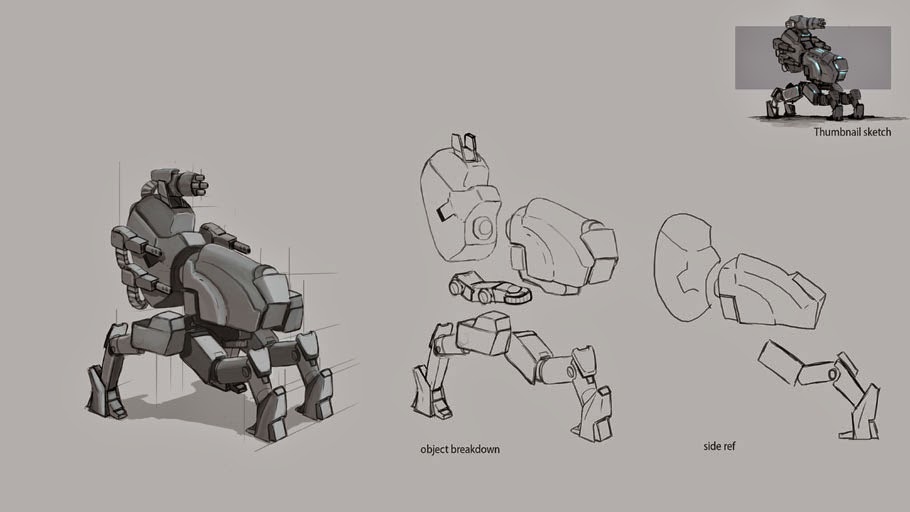 DD: What are the particular difficulties in developing real time strategy (RTS) games for touch screen tablets?
PV: The biggest hurdle is the lack of keyboard and mouse for precise control. Micro management in RTS is time consuming but with minimaps and hot keys you can cycle actions pretty quickly. On touch surfaces you need to find new ways of giving people diversity of choice. Autumn Dynasty is a really neat RTS game for tablets and I love the mix of RTS and Diplomacy elements. The developers did a great job on controls and we were inspired by that.

Some new things we added were batch movements for different types of units. Sometimes you want to access all your air units or land units or just your hero characters. We’ve added easy controls for that. Making the input/feedback systems for power ups and abilities all consistent was important as you don’t want some powers to activate on touch and some to require touch and then target. These are fine for PC players but can be confusing for non-core gamers.

Limited screen real estate is an issue. Because the player is usually holding the tablet in one hand and playing with the other we want to limit the time it takes to process everything that is going on in a battle. Because of this we removed the zoom function and made the maps all fit on a single screen. We will need to revise this format again when we release on mobile, but for now we’re optimizing the experience for tablets.

DD: What specific cultural sensibilities have influenced the game?
PV: I think our influences are less geographic and more about game culture. We’ve got an even mix of hardcore and casual gamers on the team. Although we do have a mix of nationalities on our team (European, Australian, Indian, American and Sri Lankan), it’s the stuff we all like to play that influences us. In that way it does not matter where the game succeeds, as long enough people find it fun.

DD: Ok, so what games are you playing at the moment?
PV: I went on a deep Hearthstone run recently but am taking a break at the moment. I’ve started the second episode of Silent Age because a good friend worked on it as an editor (incidentally also our editor on Nitropia). I’ve been trying to psych [up] my wife for a while now to watch me play all of Mass Effect again but I think I’m alone on that one. I can’t possibly imagine why.