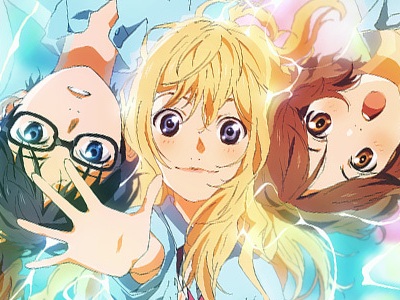 Impressions by Clark A.
Anyone sentimental can attest to the strain that occurs upon performing a task associated with powerful memories. For me, it’s as trivial as revisiting particularly nostalgic games from my childhood, but others such as Kousei Arima aren’t quite so fortuitous with their ticks. Arima dreads playing the piano because of his inability to hear his own notes; an impediment fuelled by profound sadness he’s been keeping in the freezer.
His tale might take place in a story that reeks of being a conventional slice of life story, complete with all the obligatory romance elements interspersed throughout, but just a few episodes in it’s already one of the most fascinating explorations of a protagonist’s psyche in recent years. It is revealed very early that becoming a world-class pianist was not actually Arima’s dream but that of his deceased mother. She wasn’t all that kind a motivator, abusing him and pushing him forward for the sake of achieving what she never had the chance to do. Nonetheless, Arima became a prodigy under her wing.
Of course, the death of Arima’s instructor – his mother – leads to his aforementioned struggle playing the piano. Not only that; Arima becomes disenfranchised and detached from daily life. 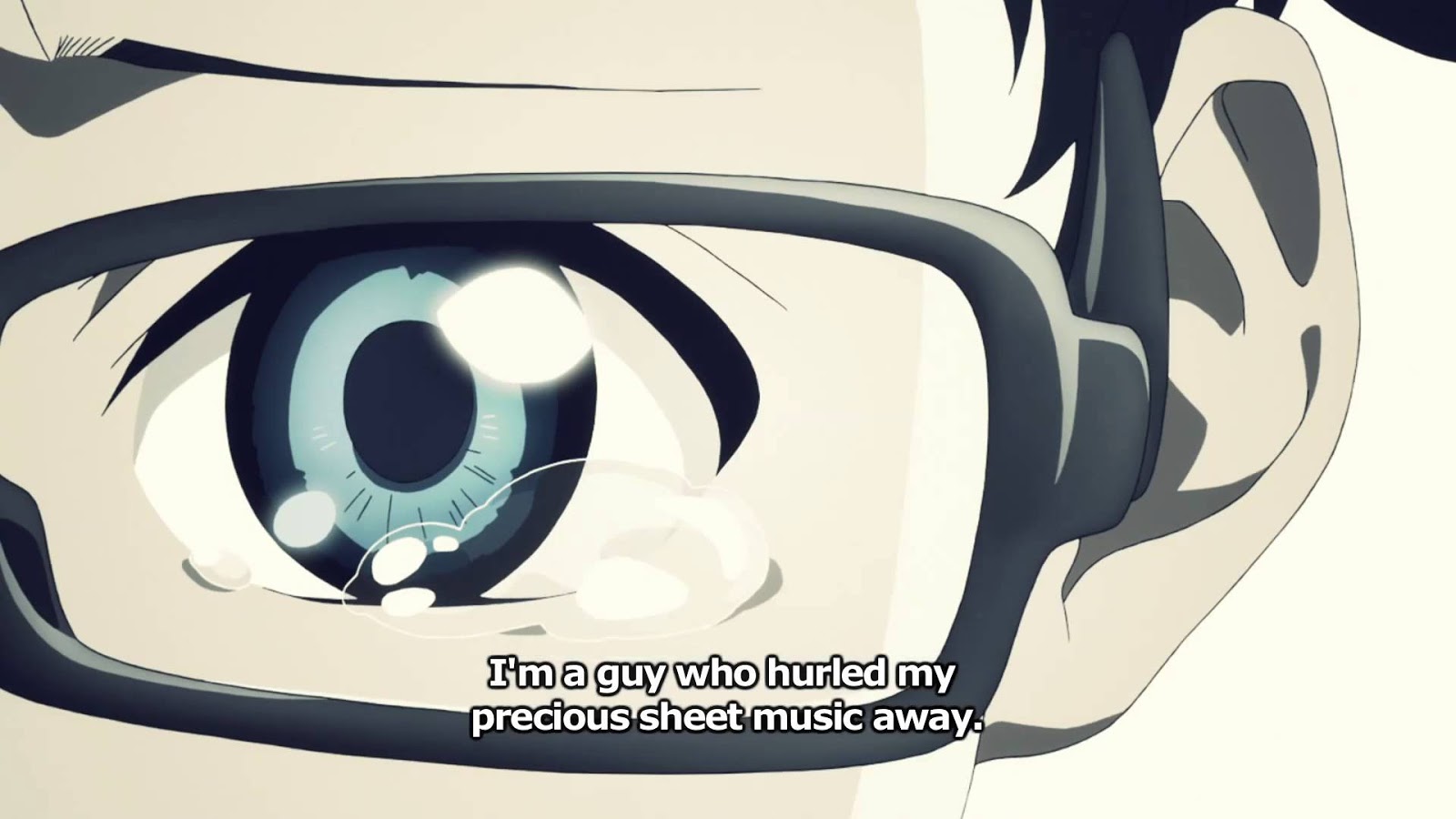 And yet, Arima’s vision of his mother doesn’t seem to be marred by stereotypical teenage angst. Flashbacks depict her personality as being more than one-note and as such she is viewed by her son from uniquely human light. Respect, adoration, resentment, obligation – it’s all there in Arima’s mind.

Now, one can’t accurately conduct psychoanalysis of either character at this point, but Arima appears to be fully conscious of his parent’s overbearing Tiger Mother behaviour and her extremities, yet his internal judgment of the woman is eerily authentic in its complexity. This anime has the rare opportunity to defy the traditionally very linear arc of the main character’s emotions towards a parental figure and, so far, it’s the source of this story’s underlying success.
The central plot, meanwhile, is primarily chugged along by the introduction of Kaori Miyazono, a violinist who’s stunning in more ways than one. Enraptured by her instrumental prowess (and after much meddling from his childhood friends), the meek Arima becomes increasingly entangled in her musical endeavours. One onlooker aptly analyses their dynamic, saying, “Synthetic and all-natural. Talk about a mismatched couple”. 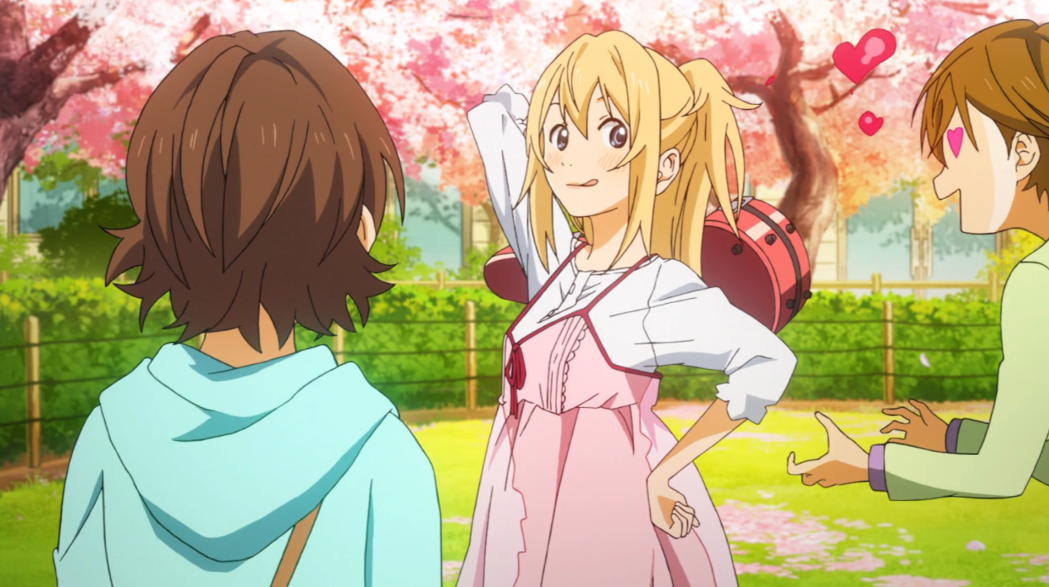 Arima’s half-hearted, melancholy monologues are nicely juxtaposed by drawn out scenes of Miyazono trumpeting her vibrant, passionate melodies. It’s refreshing that neither lead character is so cartoonishly embellished that they feel like caricatures as well. Arima has friends and he’s evidently able to find enjoyment in his mundane life; he’s simply jaded in his current state. Arima “uses” the piano but purely for the sake of transcribing; his passion for playing it has all but withered.

Likewise, Miyazono isn’t a goddess incapable of wrath or disgust, often playing the comically over-sensitive girl, but she’s far more content. The second episode explores Miyazono’s free spirit in greater depth, highlighting her unconventional creativity above all. She doesn’t need to fly off on constant philosophical tangents to engage the viewers nor Arima; the raw emotion in the atmosphere becomes instantly tangible thanks to stellar animation that accentuates Miyazono’s lively spirit.
The show might well lean on the conventional slice of life elements down the stretch, of course (poor Arima seems fated to die of blood loss at some point from all the slapstick gags), but there’s enough going on to warrant deeper analysis. With writing so undeniably strong, it’s a sound assumption that Your Lie in April won’t squander its substantial subplots and first-rate characterisation. It will be exciting to see whether it can step into “classic” territory, however.
– Clark A.
Anime Editor
Email me at: clarka@digitallydownloaded.net

Catch the stream for this on AnimeLab
Share this