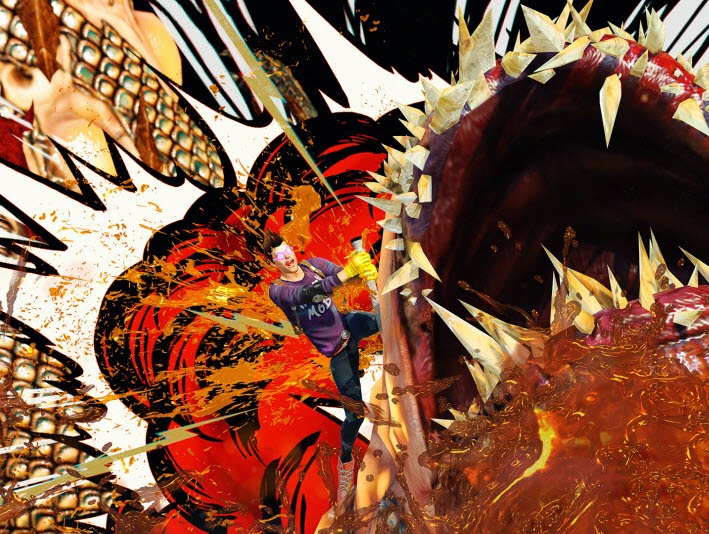 In a year when a lot of hugely hyped games disappointed by failing to even come close to innovating (such as Watch Dogs, Destiny and Titanfall), it is nice to see Sunset Overdrive was largely able to deliver on its promise to actually be something different. Right from the outset the premise of the game is ridiculous, to say the least, as the city’s inhabitants turn out for an energy drink-infused block party that goes horribly wrong. Turns out that anyone drinking the overly caffeinated beverage turns into a slobbering, aggressive monstrosity. Not that dissimilar to real life, really. 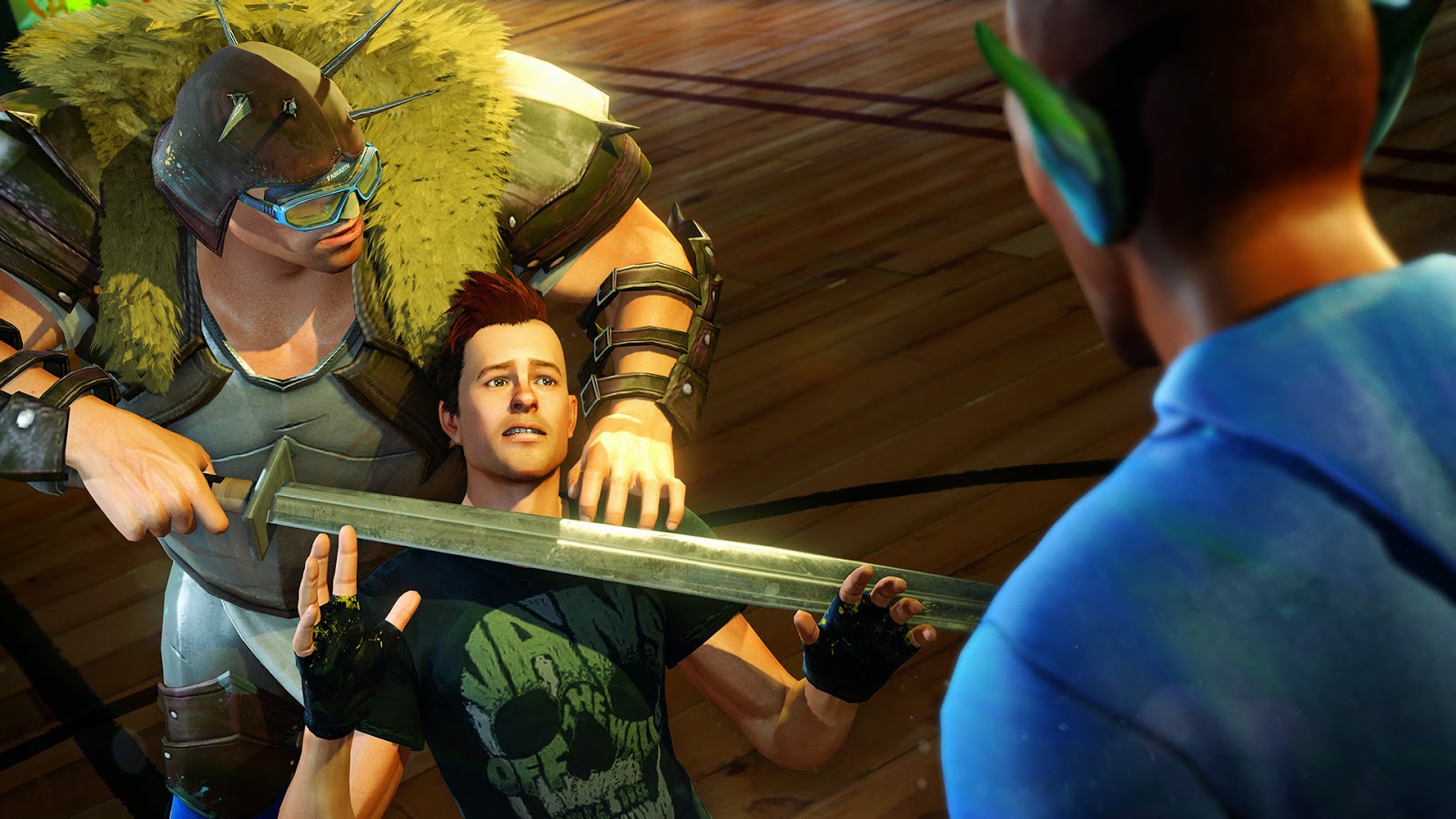 Our nameless protagonist is one of the city’s few survivors who apparently did not partake of the energy drink. As you can see, it’s silly stuff, and it does try a little too hard to be funny at times, but the good news is that more of the jokes stick than not. The characters and dialogue are often ridiculous… as are the weapons. They range from an exploding teddy bear launcher (poor teddy bears 🙁 – ed) to a record-shooting machine gun. As ridiculous as they are, there is a place for all of them. Different enemies are vulnerable to different types of weapons. Chaining together a fiery shot from the Flaming Compensator followed by the Dirty Harry to mow down enemies not only looks as cool as it sounds, but it actually introduces a strategic layer to the combat.

When a friend asked me how I would best describe the game’s combat in a couple of words, I chose ‘fast’ and ‘squishy’. Our hero is quite agile and in the grand scheme of things, but he or she cannot really take a lot of hits. Sliding into a more traditional shooter mentality of standing your ground absolutely will not work, because enemies will clobber your hero to a pulp very quickly.

The key to success in Sunset Overdrive is to keep moving, so it’s just as well that the environments are designed to facilitate that. There are cars to be bounced off of while power lines and rails can be used for grinding (a pair of mechanics that were surely cribbed from Infamous Second Son). The idea here is not to gain a higher angle or to take cover, because enemies will still hit you. The key is to remain perpetually moving. Killing things while pulling off stunts also increases a meter which then allows your character to charge up and temporarily unlock battle bonuses. 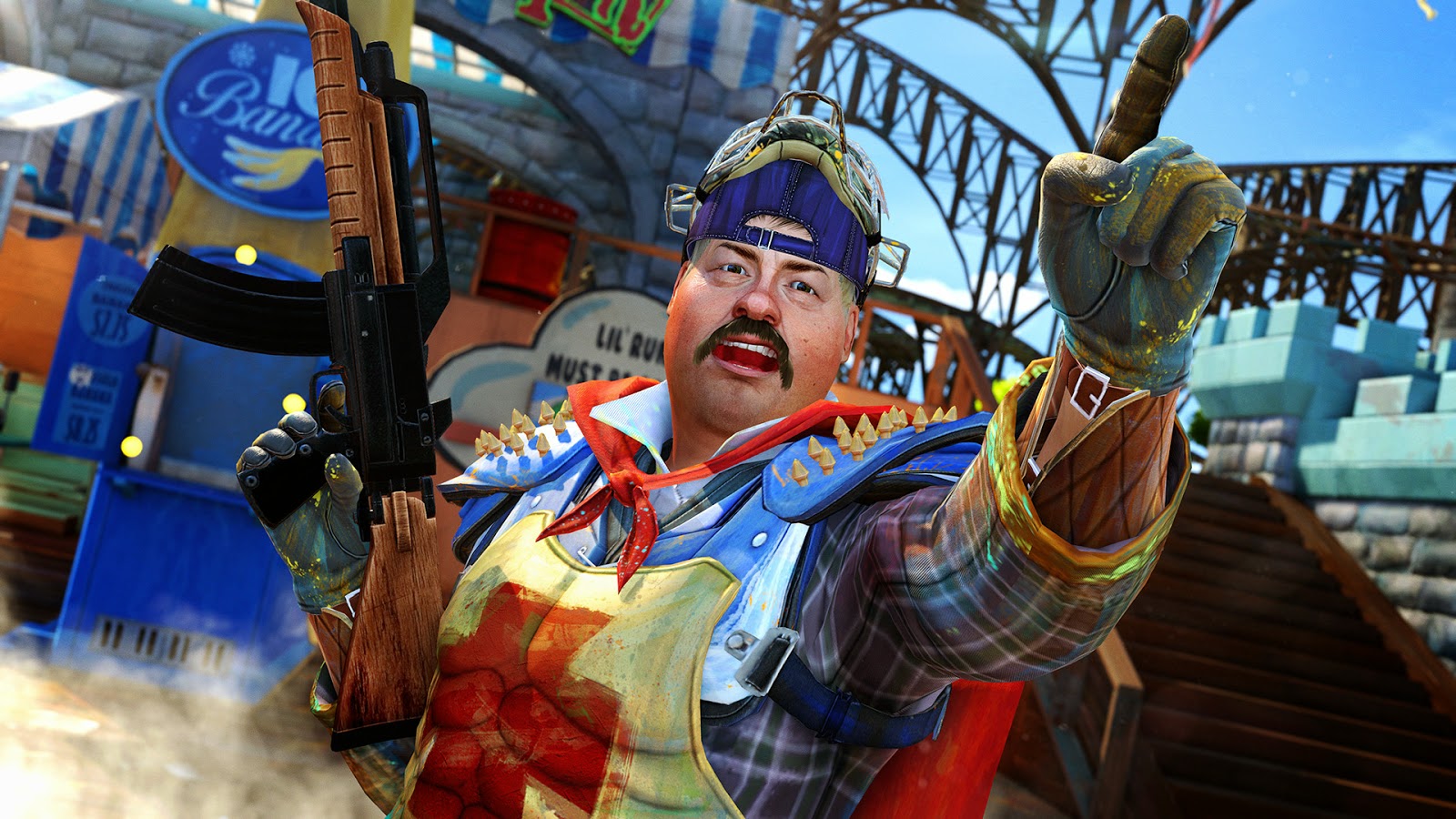 The originality carries through the combat, the crazy weapons, the progression system and more. You earn badges for accomplishing certain in-game objectives, and these allow you to unlock Overdrives that might allow your hero to charge their stunt meter faster or perhaps passively increase damage to enemies or to have additional ammunition for a weapon type. Amps can be acquired later (usually by travelling the open world, which is both huge and a great deal of fun to explore while collecting things) that might allow you to do things like add flaming or shocking damage to a weapon of choice.

There is a lot to see in the city of Sunset Overdrive as well. Certainly the primary quest can be adhered to, but for those willing to wander about the city, there are collectibles, side quests, and various challenges to complete. There is also an entertaining multiplayer mode called Chaos Mode that up to eight players can participate in. The only real downside is that the challenges and side quests are repetitive in nature. For example, score challenges consist of navigating the environment as quickly as possible to pick up as many point items as possible while speed challenges consist of using the same basic mechanics to traverse the landscape as quickly as possible. The actual difference between these two is quite limited.

For Insomniac Games, I have to think that this title was a treat to work on after years working on the Resistance games (at one point called ‘the brownest game ever’), and then FUSE, which was clearly influenced by EA’s publishing agreement. Here the visuals are popping with movement and vibrant colours. Blow up a creature and his gooey, splattered remains might temporarily fill the air and create a word like ‘splat’. Help a spoiled engineering student recover her robotic dog (which you can then use to attack groups of mutants as a hilarious alternate weapon for a time). Those who think the bright visuals might appeal to a younger audience but do not want their kids exposed to the swearing and gore? There are language and gore filters in place. Sure, you are still shooting things, but it does sterilise the experience nicely. 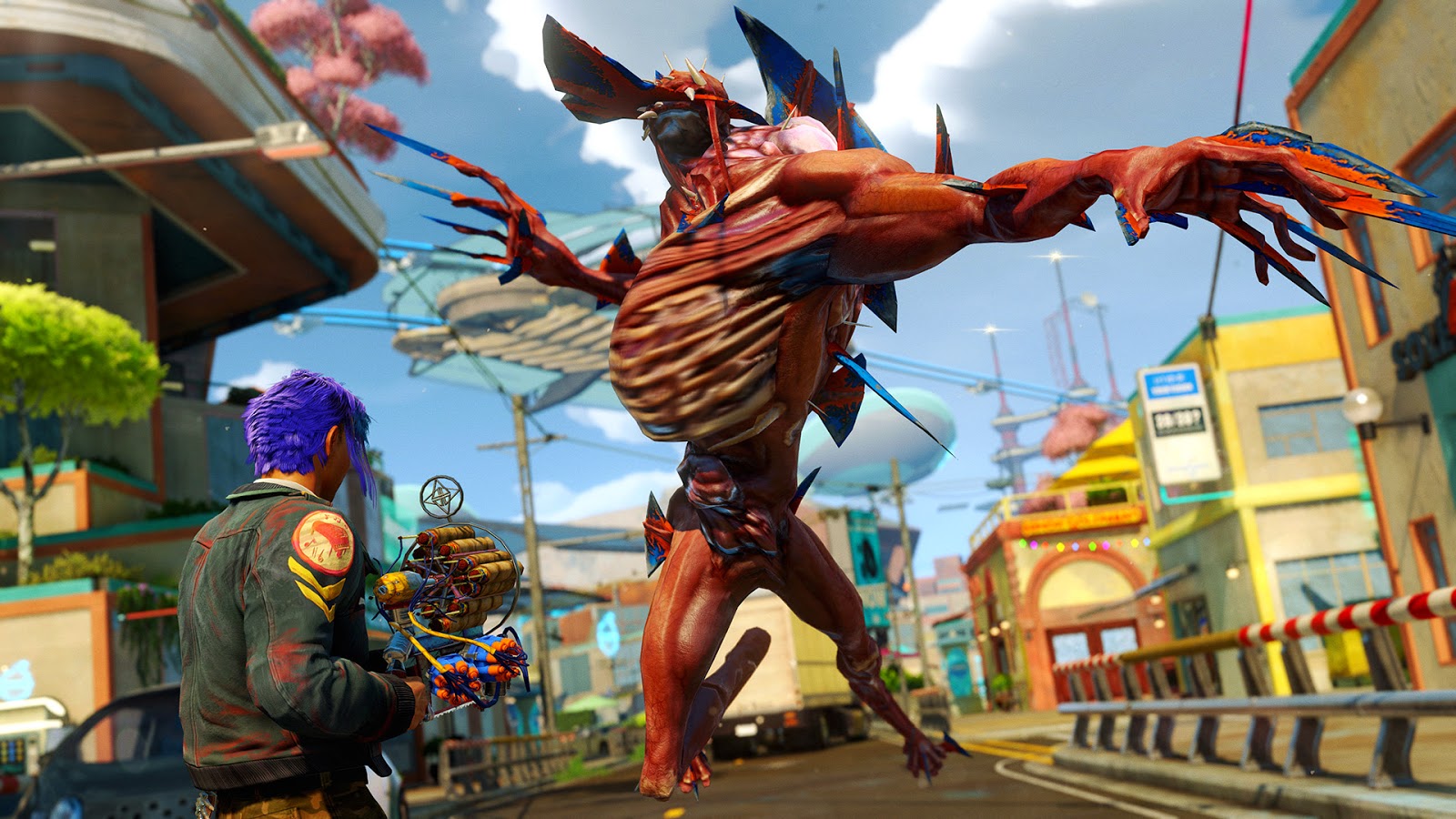 Sunset Overdrive is just what the Xbox One needed – a distinctive exclusive to set the thing apart from the PlayStation 4. Titanfall was adequate and the Forza games are great for racing fans, but Sunset Overdrive is a glorious breath of fresh air.

Trailer: The nurturing beauty and survivalist melancholia of Shelter 2