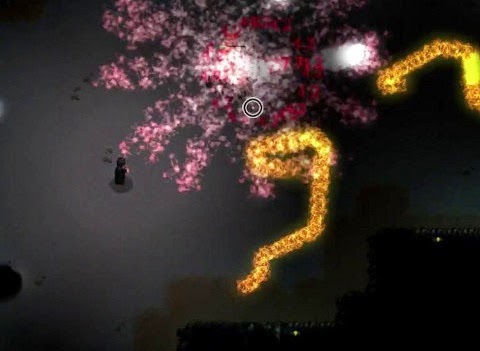 Choice is something that we all love to have. Sometimes, however, too much choice can cause paralysis by indecision. Runers may cause a few people to have severe choice paralysis as they start off with far too many things to keep track of in what is otherwise and interesting magic-slinging roguelike.

I play a lot of Dungeon and Dragons. D&D is full of choice for races, classes, abilities, and the sheer number of changes between each version of the game makes for a lot of reading. Why is this important? Runers starts players out with two 5×5 grid of possible character races and classes each with their own special ability, advantage and disadvantages followed up by a a bunch of possible starting spells to choose from… I felt a little overwhemled just to get started at first, if I’m being honest.

Once you’re done with the character creation, don’t worry too much if the combination doesn’t end up working for you, because as a roguelike you’ll be making a new character soon enough. Regardless of race or class, the game plays similarly enough. Players will be throwing around multiple spells crafted from runes that are acquired by either defeating the hordes of enemies or the various destructables throughout. While traditional roguelikes are turn-based, Runers works like a twin-stick shooter that requires all enemies in a room to be defeated to continue onwards. This creates a much faster paced experience as sometimes there is no time to really think of your actions as the enemies swarm in on you. 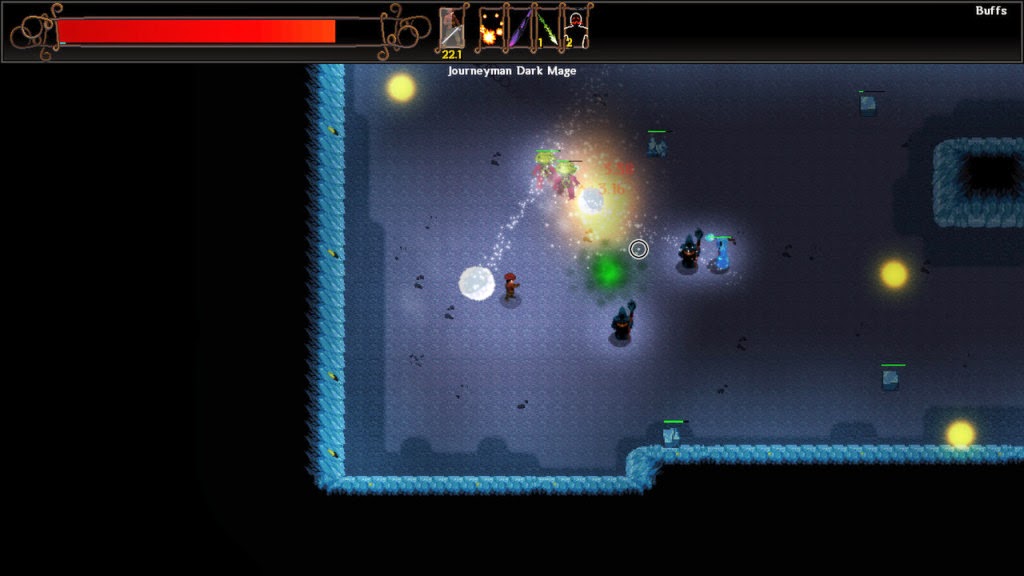 A total of four spells can be held for use at all times, however only two will be readily available as they are mapped to the left and right mouse buttons as movement has been bound to the WASD keyboard combination. Unless the player has an incredible ability to spam the 1 and 2 keys while simultaneously moving around the hordes of enemies per room, only two spells will really be used at a time. Having access to multiple spells at a time can allow for a degree of adaptability to the possible range in enemy abilities. If however, the available spells just aren’t cutting it, there is the ability to pause the game to not only re-organise yourself, but also create new runes to use for spells or modify older ones with faster cooldowns between shots or adding more power to try to even out the odds.

Along with the the character selection process, players will also be spending a lot of time with the various choices of which spells to use or upgrade. These possibilities increase exponentially as players progress further and further. The one thing to make sure to keep in mind while making modifications to existing spells or creating new ones, is that it is not always a good idea to do this while in the middle of a room of enemies. To do so with all the enemies charging in at you is tantamount to suicide as there is a rather long cooldown before being able to use these new(er) versions. Several heroes died in order to me to come to understand this, and then after I may have forgotten once or twice as well. 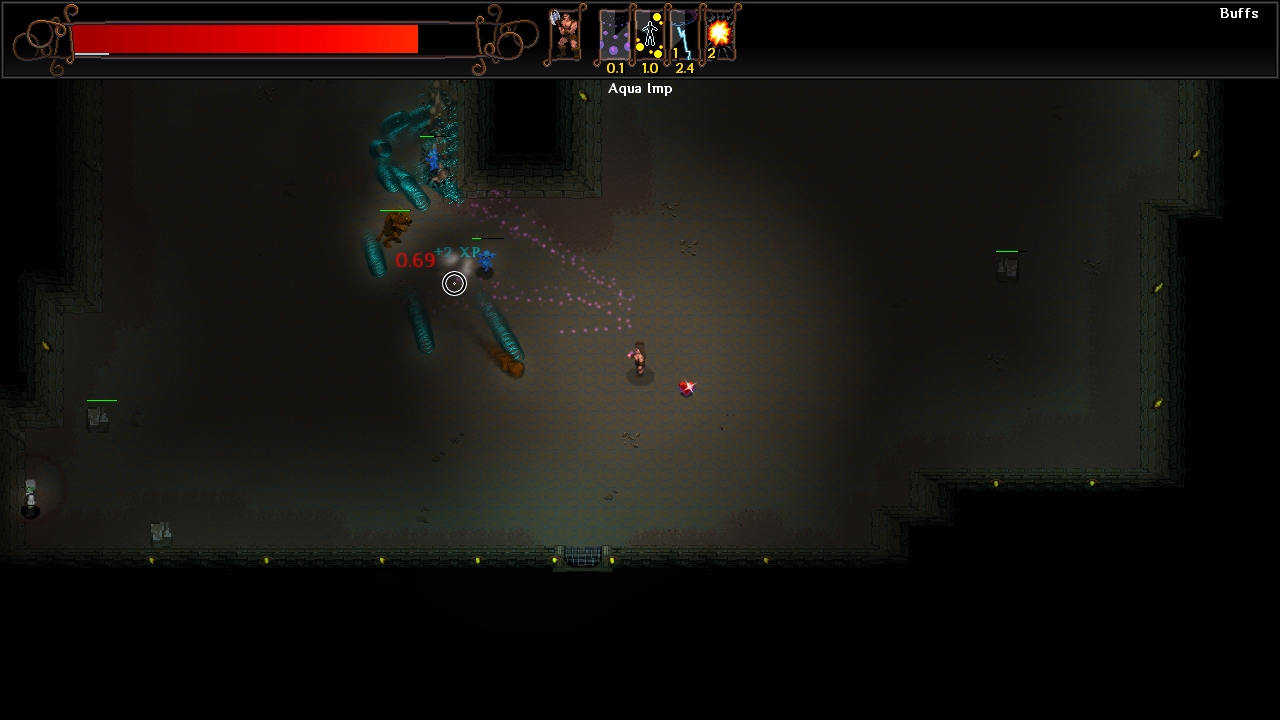 Ever play a roguelike and hate when certain floors have attributes that are just designed to be utterly spiteful? Prepare for more! Each floor on the way through the quest can contain an overall effect that lasts until the stairs are taken downwards. These effects can range from additional spell range to enemy or player movement speed, and these can be one more thing to worry about, or a little something to even the odds. In addition, some levels have additional objectives, such as escorting and protecting another character or portal. These random events can really spice up a floor as it creates a different form of excitement than the standard survive the masses as you head further down.

Runers is a fast paced and fun roguelike that offers plenty of variety. While there is a lot of reading to figure out exactly what everything does, the simple, twitch mechanics and randomisation make it one that is easy to come back to over and over again.