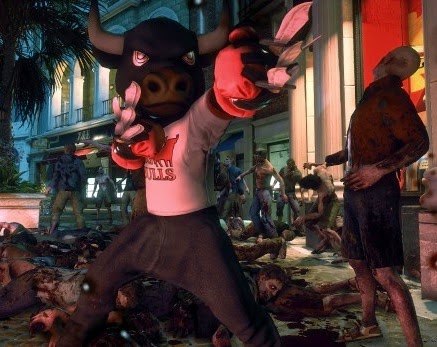 Review by Nick H.
The Dead Rising series didn’t resonate with me at first. The action through the first couple of games was repetitive and the slapstick zombie fare was good fun but didn’t sustain my interest. But Dead Rising 3 really piqued my interest when I played it on the Xbox One several months ago. The newly released Apocalypse Edition for PC offers more of the insane action with loads of downloadable goodies to boot.

Combat can still become repetitive at times because our protagonist Nick Ramos is literally hacking down hundreds and thousands of enemy zombies. They come in a handful of shapes and sizes, but they are generally the same shambling fodder from one scene to another. That is not to say Dead Rising 3: Apocalypse Edition is devoid of variety. Different locations and good number of distinctive missions and boss scenarios do help to change up the pace, but the core action is going to divide people into two categories – those who can deal with repetition, and those that cannot.

The story is hardly serious stuff. After all, society has been ravaged by zombies, set a decade after the events of Dead Rising 2. But it’s not the grim kind of apocalypse we usually get in games; in this game there are cartoon-like visuals, ridiculous weapons (ranging from traffic cones to swords to the something weird that Nick can manufacture by combining them) and it’s quite obvious that Dead Rising 3 has no interest in being taken seriously.

The open world environment certainly offers plenty to do. Challenges are littered everywhere, from finding safe hideouts to picking up on missions and helping stranded survivors. This can even help Nick form alliances with others who might fight by his side and help him survive the zombie hordes. 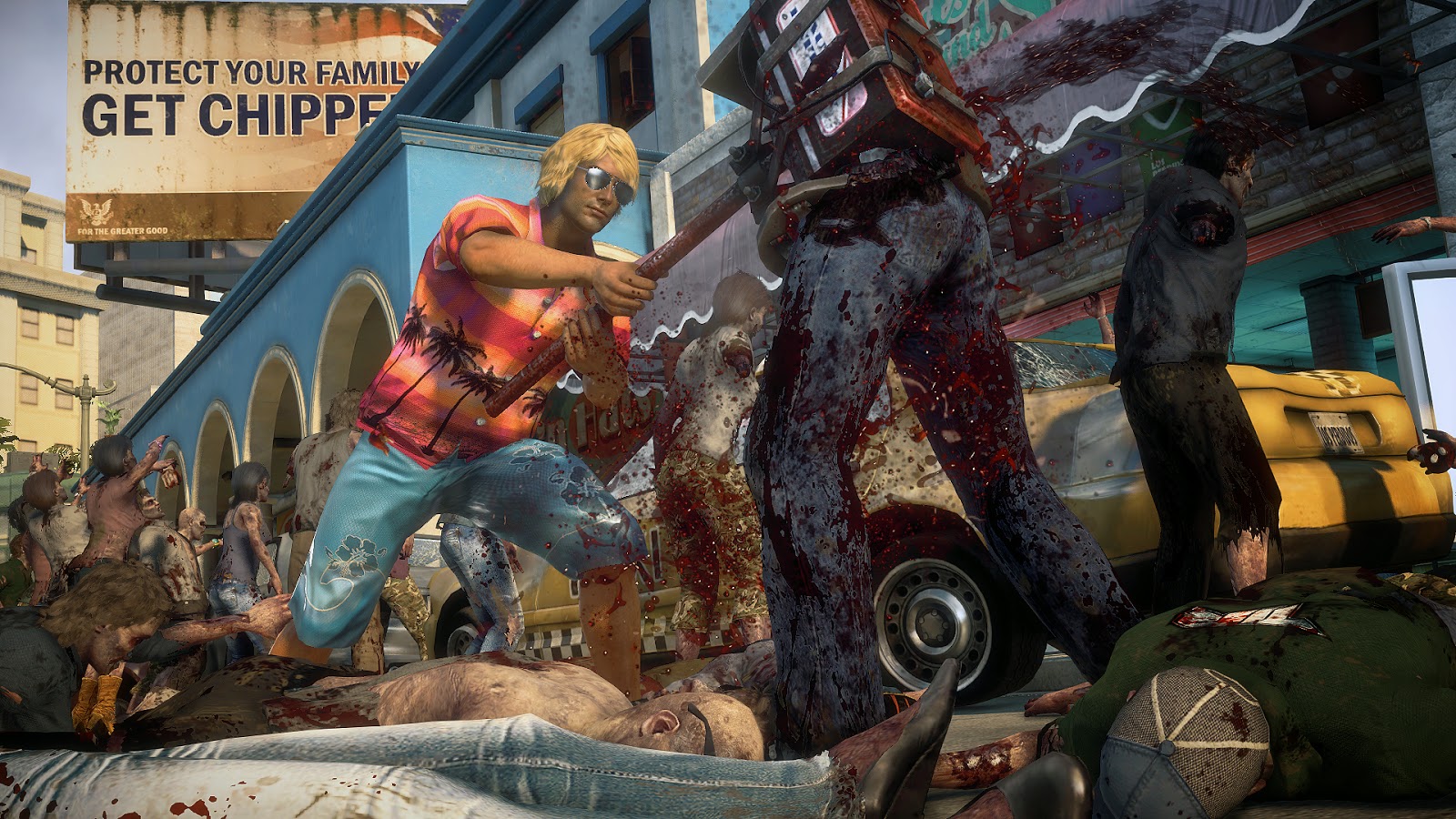 Two specific examples really helped demonstrate this almost schizophrenic approach to Dead Rising 3’s tonality. At one point Nick has an optional mission where he encounters a martial arts master, looking every bit the part with stilted speech (“Sweet anger course through us. Is how universe tell us who target should be) and carrying a deadly bladed polearm. Others had also wandered into this man’s sanctuary – and he killed them all, zombies or not. Clearly this martial artist is insane and a fairly lengthy boss battle takes place. At the end, the dying words of the ‘Kung Fu Psycho’ are “I get fired. My wife leaves for a guy who sells refrigerators. My kids grow up to be disrespectful brats.” As he continues to bemoan his fate in the zombie apocalypse, he cuts his own head off.

It managed to take what should have been a serious situation and make it silly. The flip side of that was a trek where one of my team members – who was in and of herself rather silly in nature – perished during a particularly challenging segment. There had not been a lot of interaction between her and Nick to that point. Her acquisition was completely optional and she did nothing to advance the story. Yet she eventually succumbed to the mass of zombies surrounding us while I only barely managed to survive myself. It was with almost morbid fascination as I watched the zombies closest to her stop chasing me and kneel down so they could chew on her corpse. It was truly odd that it was in this moment that I cared about what was going on.

This uneven tone made it hard for me to invest emotionally in Dead Rising 3 most of the time despite its odd moment of seriousness, but there is something to be said for the moments of dumb fun and satisfaction when taking down a huge army of zombies. And I do mean huge. While the visuals themselves lack texture and detail, the number of zombies crammed on the screen are truly impressive, especially without things slowing down. Wielding flaming swords while wearing giant LEGO style heads and running over hordes of zombies using a car provide mindless fun as the experience gains keep rolling in. 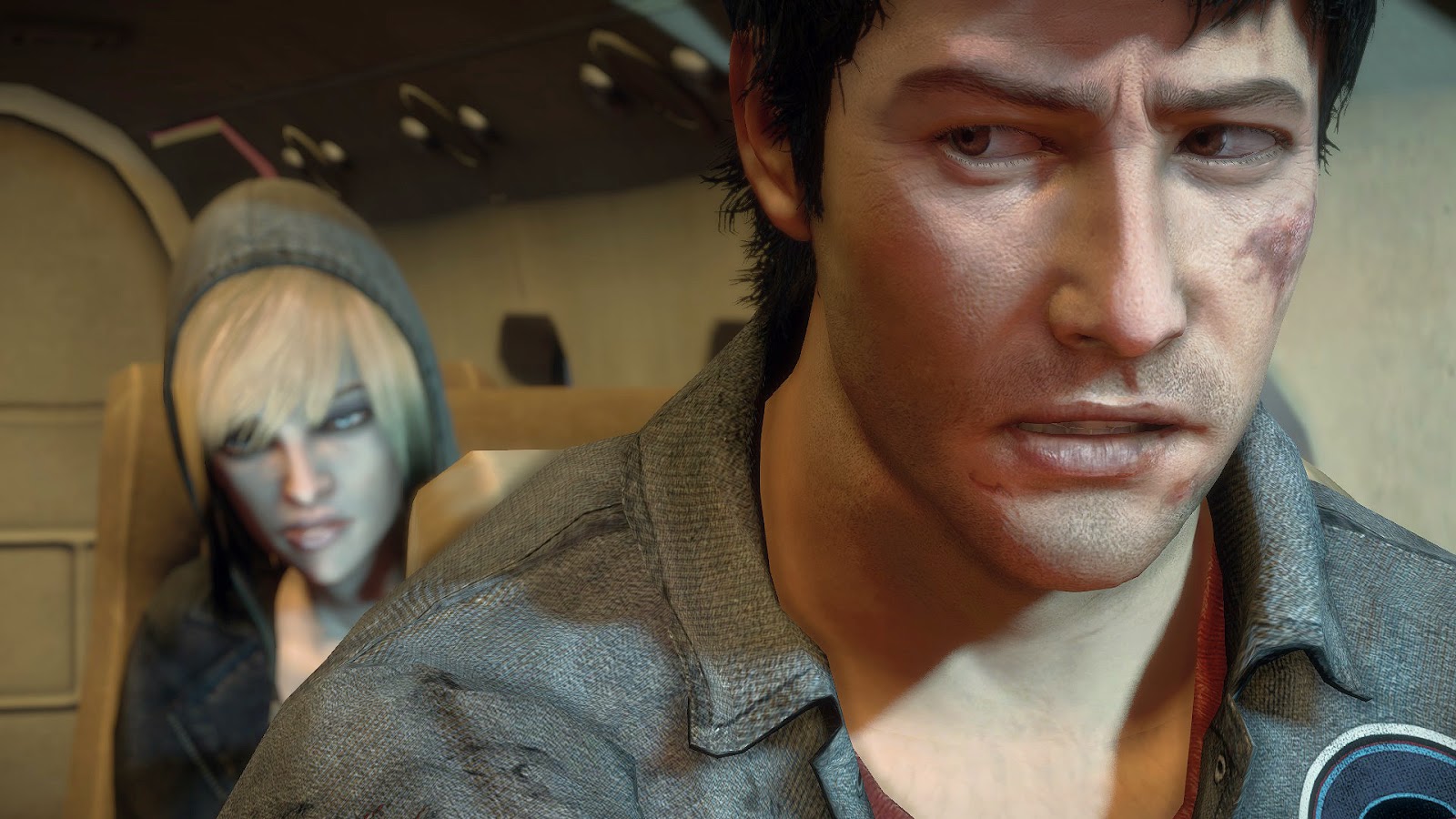 Additionally, the different systems for progressing Nick were interesting as well. Experience is earned, levels are unlocked and attribute points can be spent. These are all pretty standard fare, but when mixed with things like weapon blueprints and other unlockable items scattered around the city, there is a genuine sense of satisfaction to be found in improving Nick’s abilities and clearing out blocks of undead.

The PC vs console gamer debate will likely always rage on, and Dead Rising 3: Apocalypse Edition will only add fuel to that fire I suspect. I tried the game on three different machines. On my laptop, it was so slow that even after optimising a boatload of settings, framerate suffered and the game was rough to play. On a different, older PC of mine, the game would not even run. It just crashed repeatedly, no matter how many settings I would tweak. There seemed to be no discernible pattern to the behaviour. Sometimes the game would just crash two minutes in, other times twenty minutes or an hour in. However, my primary PC is quite powerful and the game ran beautifully on it without any crashing and I would dare say looked as good if not better than what the Xbox One provided. Of course, those playing it on a console do not have to worry about things like optimisation settings.

Dead Rising 3: Apocalypse Edition is not going to sate anyone looking for a deep narrative experience – The Walking Dead or The Last of Us this is not. However, for those looking for a higher level of action and maybe something a bit more humorous (albeit not kid friendly in the least, just for the record), then Dead Rising 3: Apocalypse Edition could be a real treat.