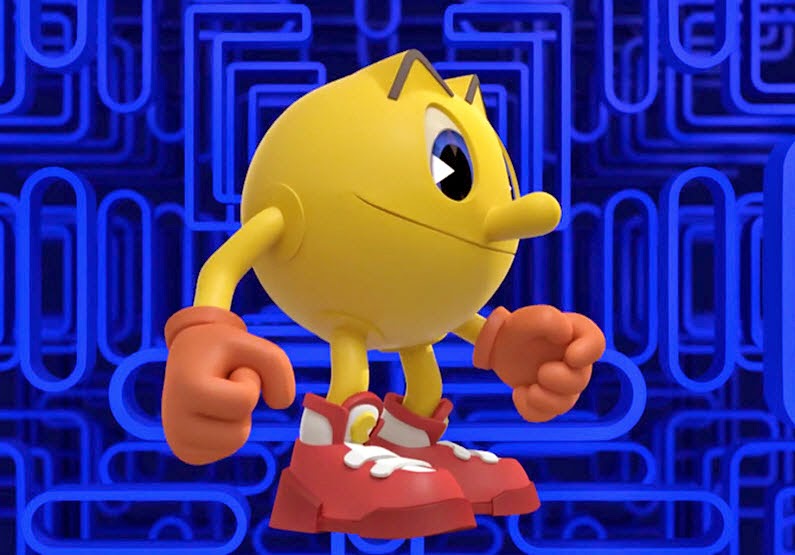 A year ago, I had a chance to play the first Pac-Man and the Ghostly Adventures game. That title had some flaws, fitting uncomfortably between being too hard for really young players and yet feeling watered down for the more experienced platforming crowd. The second iteration in this new series feels very similar to the first. If you enjoyed that title, odds are there will be enough familiar game here for you to like. The Ghostly Adventures 2 does a good job of creating a fun, colourful atmosphere with some decent exploration and challenges, without ever become must-play material.

Ghost Adventures 2 certainly looks and sounds the part. The appropriate boops and bleeps mixed with bright, colourful graphics and lots of geometrical shapes and backgrounds all makes Pac-Man feel right at home in this game. This is based on the same television cartoon that is now in its second season, complete with tie-ins including young sounding voice actors and some very similar-looking backdrops. Here Pac-Man is portrayed more as a Pac-Kid. He is meant to be young and hip – part of his appeal to a younger audience. 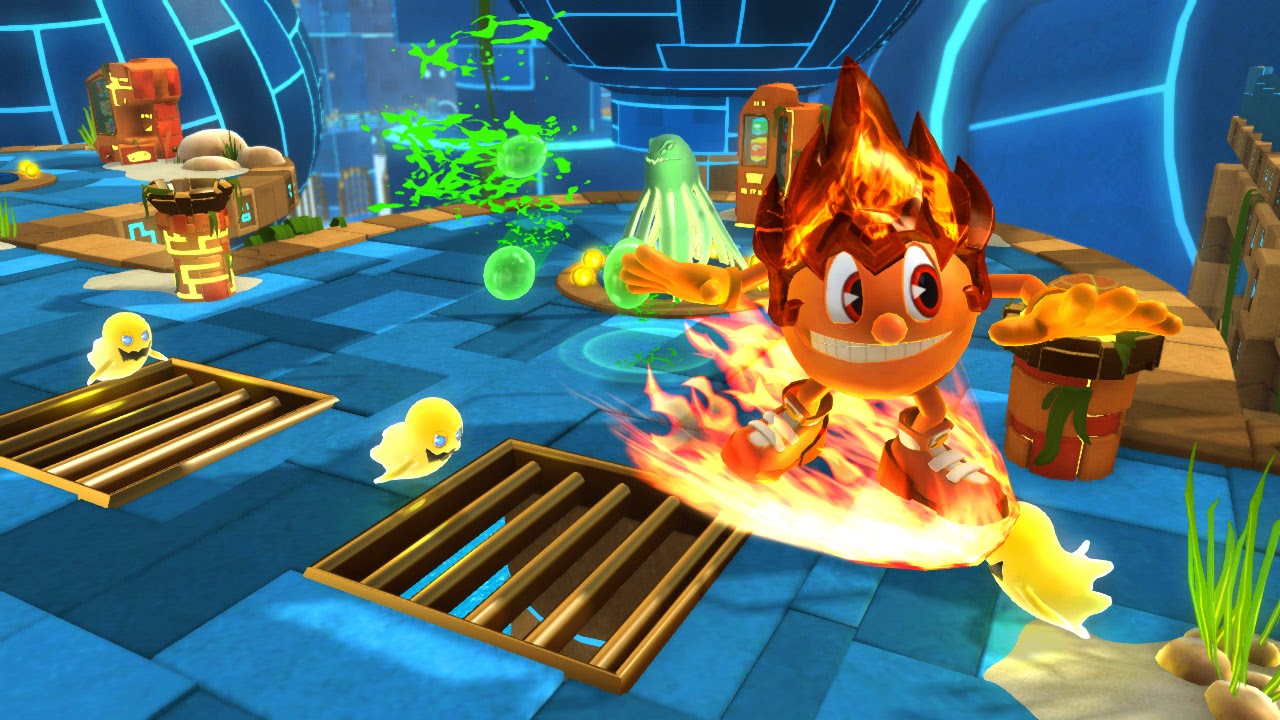 Pac-Man handles better than Sonic in most of his 3D adventures, but less deftly than Mario in his own 3D outings. The dash attack used to lunge at enemies (or in some creative locations traverse where he otherwise could not) is rewarding and Pac-Man is still sporting a variety of power-ups as well. Some of these like the fireballs will feel familiar, while some new magnet and granite power-ups give you new ways to not only tackle enemies but in-level puzzles as well.

There is a decent amount of exploration that can take place and sometimes takes a combination of creative thinking and fairly quick reflexes. Thankfully if Pac-Man should die, it is seldom a very big deal, because pellets are everywhere and earning extra lives is not terribly difficult, though it can require some grinding if you are set on accruing a fair stockpile of reserve lives.

Between levels there is a central station called Pac Park where Pac-Man can interact with others and explore at a slightly more leisurely pace than during the actual game levels. While Ghostly Adventures 2 really does not stray much from last year’s formula, the introduction of a new on-rails section is a nice change of pace. It is predictably shallow however, and does get old rather quickly, but it is nice to see more than levels, critters and a handful of power-ups represent the progress from last year’s game to this year’s iteration. 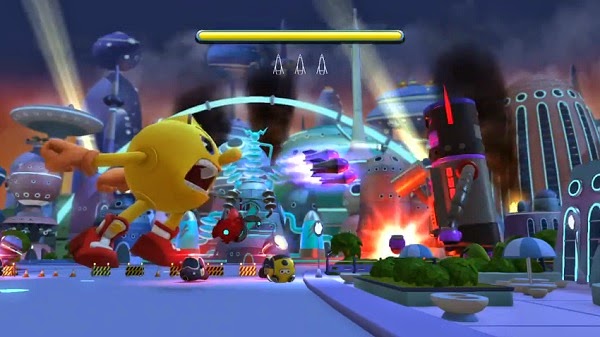 One of the problems I have with Pac-Man and the Ghostly Adventures 2 is the development team still do not seem to fully understand who the target audience is for a game like this. With this game being so heavily connected to the television show, it’s clear it should have been geared towards younger children. The difficulty starts off gentle as the basics are taught, but the difficulty lacks consistency. Perhaps if the controls were cleaner, the platforming would not prove so challenging, but even then some of the more creative level designs behave like they are geared towards older kids or even teenagers, and that is a crowd likely unfamiliar or disinterested with the source material.

Pac-Man and the Ghostly Adventures 2 takes a baby step forward from last year’s game, but more time and effort might have yielded a better game that takes a few more chances. That is not to say it is a bad game. It simply comes across as decidedly average and without an ideal target audience. Platformer fans will no doubt find some fun to be had here, but there are better examples of the genre out there, and it’s disappointing to see that there wasn’t more done to improve on the good start this fledgling series offered.