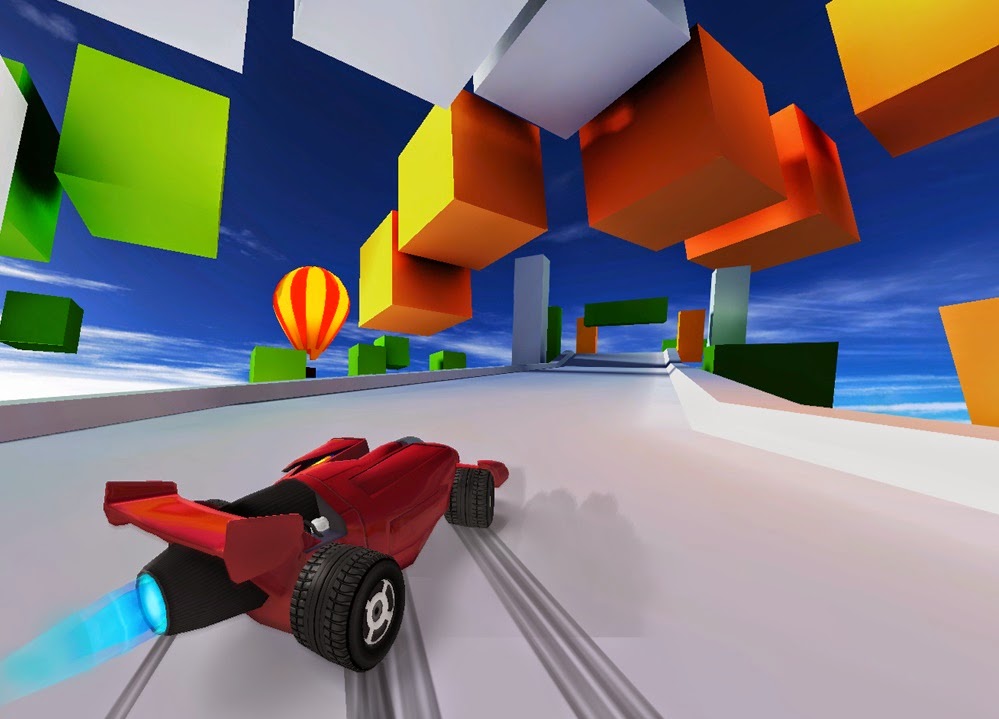 When I was a young lad, I had a Commodore 64. On that Commodore 64 I had about 300 games that my mum and dad had a family friend get (totally legally) for me to play. Of these 300 odd games, I believe I managed to finish about five of them. Games were tough as nails back in those days, and with the cinematic quality of the games of today having spoilt me now, when I go back to these games of yesteryear, I find that I’ve apparently even lost the ability that allowed me to complete those five games.

So I was faced with mixed feelings playing Jet Car Stunts, a game that I never heard of before, though it received quite the success on mobile platforms. Being a guy that likes his car games I went for it, still wary of other mobile to console conversions I’ve played in the past. Unlike many of those other mobile to console games, Jet Car Stunts is actually a lot of fun, despite being one of the most challenging games I’ve played in a long time. 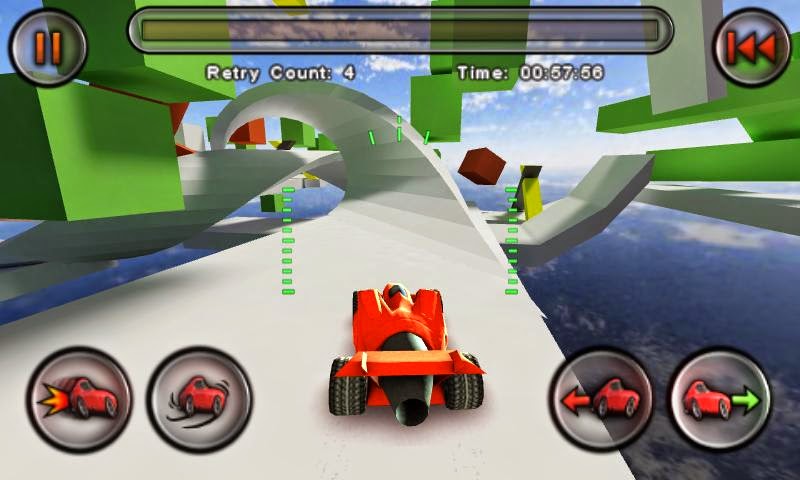 Jet Car Stunts has a kind of San Francisco Rush/ F-Zero X feel to it, though the game itself is more focused on completing challenges such as ghost trials and making it through a series of floating platforms (yes, this is a racing game) within a certain time limit. This array of different play-modes does a good job of keeping the game interesting.

The car handles pretty well, and having not played the mobile version, I would still say that Grip Games has done a marvellous job on the controls, with the responsiveness being very tight indeed. There is always the aspect that this is a mobile game at heart, and therefore the game itself doesn’t lend itself well to long play periods. Thankfully as a Vita game, Jet Car Stunts’ inability to keep your attention for long periods of time is less of an issue. 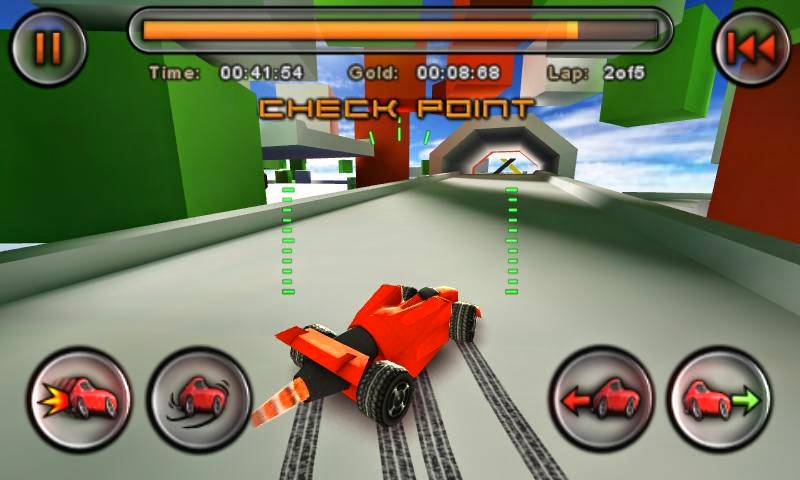 Longevity isn’t Jet Car Stunts only drawback, though; the game is harder than nails. Some will love the challenge, such as my eight-year old sadistic past self, but it could have at least helped people learn the ropes properly. I was given a few practice tracks to play through; one of which I’m sure I fluked and had no idea how I got through it, and then it was straight into the real deal tracks. Even now, I still haven’t received a gold medal, even on the first level. If you can persevere with a tough game and learn through its nuances and are willing to experiment with the game, then Jet Car Stunts will be your cup of tea. I just fear that the instant difficulty wall will deter many.

Jet Car Stunts is the kind of game that appears simple on the outside, but smacks you in the face with its sheer difficulty. I enjoyed it, and I may have even earned back some of the skills I had when I was a lad. When I finally get a gold medal, and feel a sense of triumph, I think it will be time to dust off the old Commodore 64 and relive the olden days again. Jet Car Stunts is not for the faint of heart, but it’s a solid title that does exactly what it sets out to do.