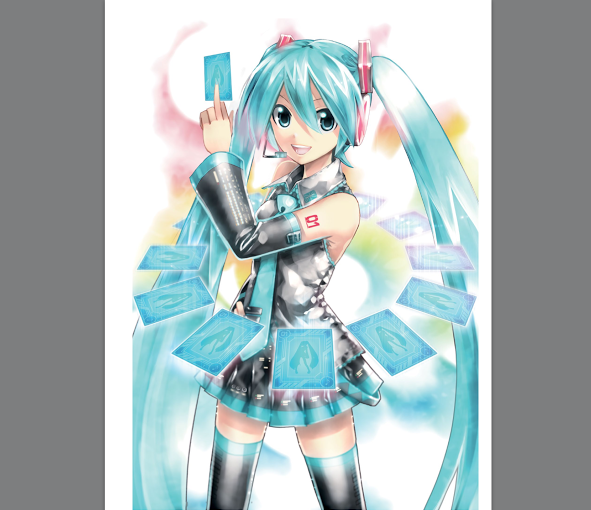 With all the coverage that we’ve been giving Hatsune Miku and her band of adorable vocaloids, I thought that it would be a good time to review a series of Hatsune Miku (and friends) art books by Udon Entertainment.

And so each day this week we’ll be publishing a short review from the library! First up I thought we should start with a book that focuses on the man behind Miku himself, Kei.

For people who don’t know the story behind Miku’s creation, Kei is the reason she’s been such an international success as other vocaloids and other vocaloid producers have languished in obscurity in Japan. By itself, a vocaloid is nothing more than a digital instrument. It’s a plugin that you stick into an otherwise very boring piece of software and then command it to make sweet, sweet music.

So the genius in the marketing of this software by Crypton, the creator of Miku, was in recruiting a quality artist to turn this boring bit of software into a character to stick on the box and in promotional material, and in doing so they gave her a personality. And with that, Hatsune Miku, the turquoise-haired maiden goddess, was born.

Obviously Miku would never have become popular enough to open a Lady Gaga concert if she wasn’t designed well. She is designed very well, being both adorably cute and with just a hint of sex appeal as befits a music idol (especially a Japanese one). She’s glamorous, colourful, and also unrealistic enough to not break into uncanny valley territory. In short she’s the kind of cartoon character that can appeal to just about everyone. 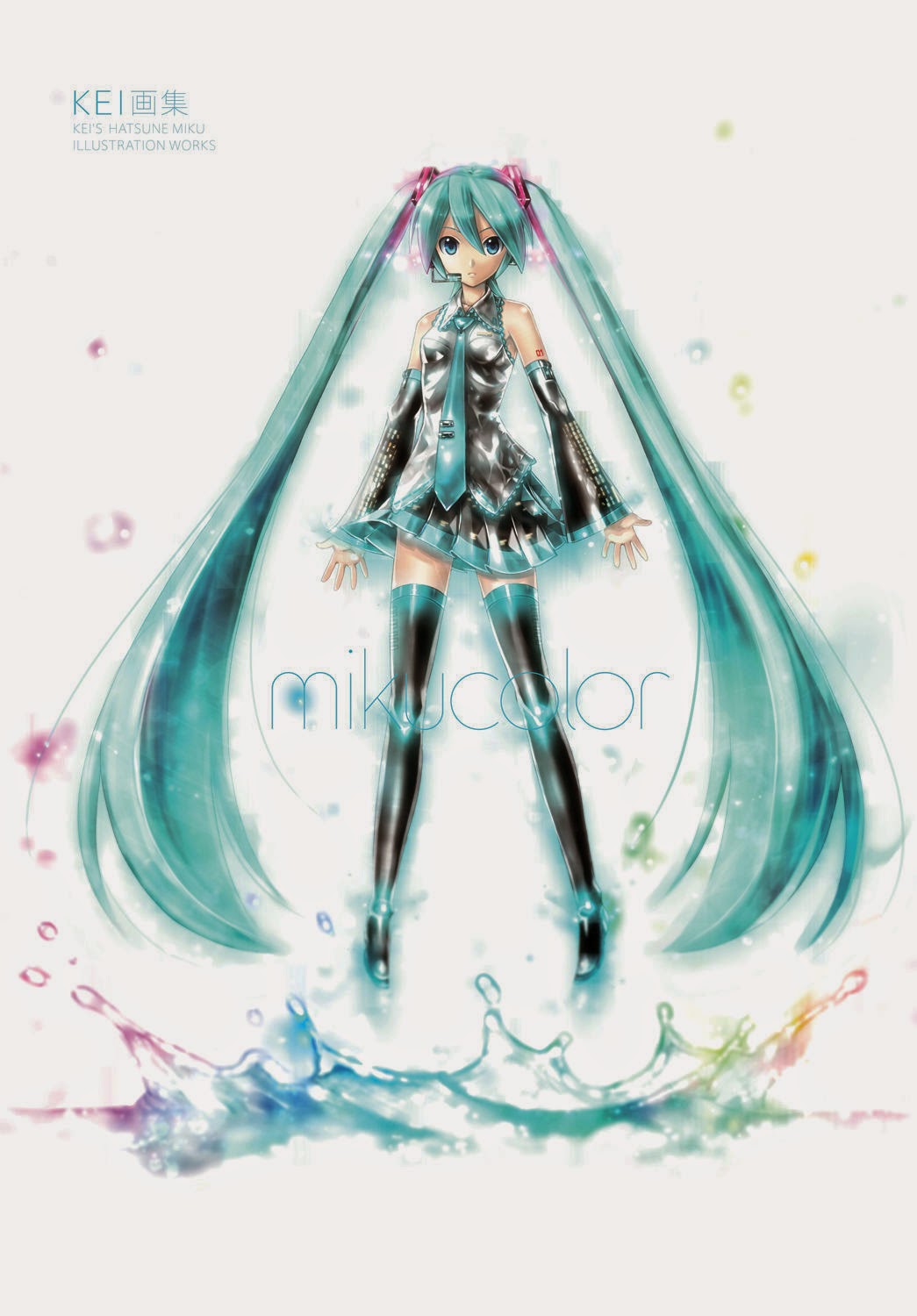 Kei’s secret as an artist is that he truly understands how colour works, and his works are lush in the way that the (always) soft colours melt into one another. The end effect is that each and every one of Kei’s images is almost excessively elegant and graceful, lending Miku much of that gentle, warm, and bubbly popstar image that we have come to associate with her personality.

And so it makes sense that a book that is entirely made up of Kei’s Miku art will be a charming book. On every page is another gorgeous picture of Miku (with a couple of pages dedicated to her virtual brothers and sisters). They range from the standard promotional images of her that you would have seen dozens of times already, through to Kei’s more obscure and experimental efforts with the character. My personal favourite is the snow Miku art works. Realised in gorgeous and lavish full colour, the book itself is highly collectible, too, and any Miku/ anime fan really should add this one to the bookshelf. It’s simply a pleasure to open the book and thumb through the pages.

With that being said, I have to note that there’s not a single word  of explanation or commentary in this book, and with my art books like like some kind of words to contextualise the art and the artist’s mind. I can appreciate that the Udon team wanted to focus on the art, but without words, the only people that are going to appreciate this book will be existing Miku fans – non fans will still be scratching their heads waiting for someone to explain this whole phenomenon to them.

But that’s an aside. As a fan of Miku, to any other Miku fans out there, I say this: buy this book.