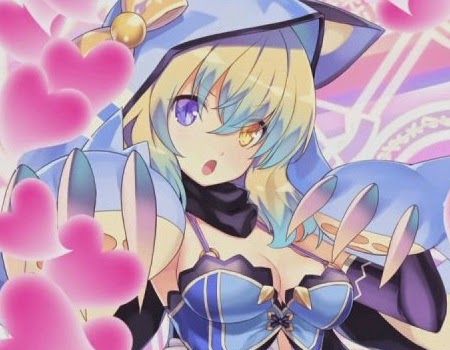 Genkai Tokki Moero Chronicle, Compile Heart’s latest otaku-oriented Vita outing, launched back in May for the Japanese market and its forerunner hit the States around the same time. I can only assume its predecessor, Monster Monpiece, performed decently well because apparently Bandai Namco will be picking up the sequel for release in western markets.

We loved Monster Monpiece, so this is definitely an exciting development. Granted, the game is not a sequel in the traditional sense and plays out rather differently from its predecessor – think more dungeon crawler than card battler – but many other elements are carried over. The 50% cute, 50% disturbing phallic seal known as Otton comes to mind. We expect that same level of charm present in all the company’s releases will be here all the same.

It wasn’t verified how involved Bandai Namco will be with the actual localisation, if at all, but it’s certainly an interesting move. Idea Factory opted to self-censor the previous game for North American audiences, so I imagine that cautiousness is going to carry over if any similarly controversial material is present in Moero Chronicle. And if half a second of image searching means anything…there just might be.

That aside, there’s ample reason to be excited for this one and it will be interesting to see what the game’s official English name will be.