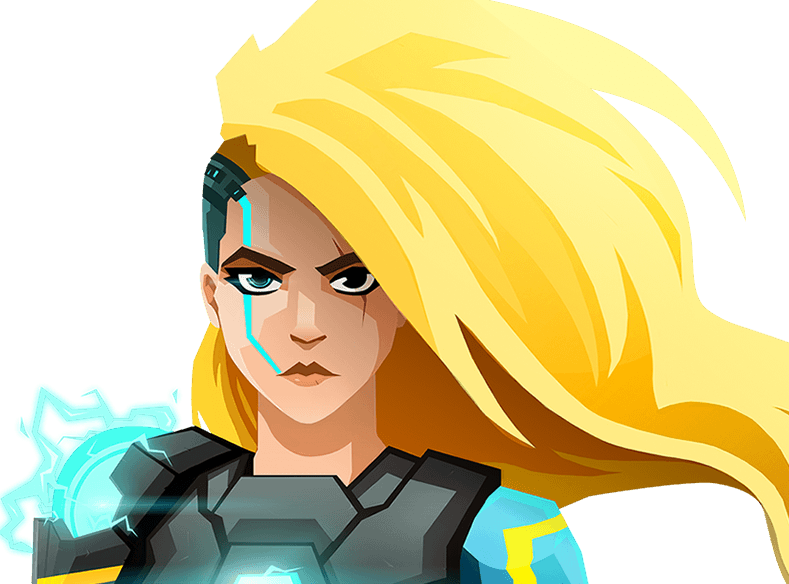 The PS Mini service was a promising place where small indie games could easily make their way to Sony’s gaming consoles, but was largely overshadowed by the rise of the mobile gaming industry. As with most services, the catalog shelved a handful of gems and one particular late entry was an absolute stunner: FuturLab’s Velocity. It was pure top down arcade shooter with a clever teleportation gimmick that set it above the rest. Fans were treated to a Vita upgrade with last year’s Velocity Ultra, but the long awaited sequel, Velocity 2X, has finally arrived.

FuturLab could have taken the easy street and repackaged Velocity Ultra with a new batch of levels. To be perfectly honest, I would have been okay with this. Velocity Ultra is already a permanent install on my Vita, and as the old saying goes, “if it ain’t broke, don’t fix it.” But to FuturLab, it clearly wasn’t good enough, so it looked into the future to find Velocity’s fourth wall and blasted right through it with both hyper-drives at maximum throttle.

Where Velocity packed a massive arcade action punch, there were two certain aspects where I felt it came up lacking: repetition and personality. Enter Lt. Kai Tana, the super-woman heroine pilot of the Quarp Jet. We might have met her through minor text entries and minimalist comic stills before, but in Velocity 2X she blossoms to life, err…let me rephrase that, is brought to life. Okay, let me explain that last bit – we find Lt. Kai in captivity and barely alive in an unknown galaxy. As her memories return, there’s a vague remembrance of a devastating hyper-jump through a black hole. Ship life support kept her alive by augmenting her physical body with mechanical modifications. Yet, where in the vast universe did this black hole leave her? She can hear people talking about her, but what do they want? It would seem that they want to replicate her advanced technology. 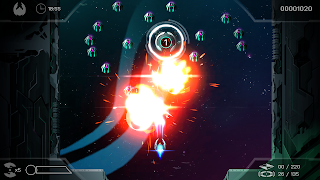 Going into Velocity 2X, the last thing I expected was to be sucked into a compelling storyline with a cast of characters that I enjoyed. Told though comic-style story board shorts before each mission and painted in FuturLab’s amazing signature art style, this sci-fi tale does a fantastic job of bringing purpose to not only the overall mission of the game, but each new game play mechanic acquired that is intricately tied into the plot. This gives the game purpose and keeps the player engaged throughout, and importantly, helps to keep that pesky repetition at bay.

The silky smooth shoot ’em up arcade action still takes centre stage. The top down shooter core is back in action without major altercations. For those who haven’t played an earlier title, this is not your ordinary shooter. The typical vertical scrolling, blast anything that moves action that is typical for the genre has nothing to do with this game. While the vertical scrolling remains, Velocity adds layers of depth. Level progression quickly adds new game play elements like boost, teleportation and bombs. These are needed to navigate the maze like levels and once the telepod ability is acquired, players can drop instant warp points at will via the in-game map. Levels here are filled with impassible shields and coloured/ numbered switches that need to be blasted in sequence to make forward progression. Where typical shooters tend to move only forward, here the game quickly shifts to a puzzle/ shooter hybrid that requires players to jump all around the map to make progress. It’s creates a fantastic blend of play styles and on top of that, the sequel adds a completely new platforming element thrown into the mix. 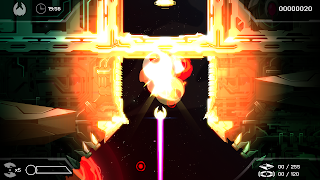 Stepping out of the Quarp Jet for the very first time might seem a bit strange to Velocity veterans, but interestingly enough, its feels familiar. This is intentional and FuturLab has done a fantastic job of seamlessly adapting the top down shooter and platforming genres together. The ability set that’s available in the ship is mirrored in Lt. Kai’s skill set, but in side-scrolling 2D fashion. Blasting away switches to move deeper into the sub-levels, teleporting through walls and even setting telepods to quickly navigate the larger sub-levels are all at her disposal. There are unique additions too, like the ability to throw the telepods through tight spaces that are too small for her to pass. Her teleportation technique is slightly modified from the Quarp Jet here though and only moves her a short distance in the desired direction. In later sub-levels, players will be have to master this technique to quickly warp through enemies to shoot them in the back with the twin-stick on-foot shooter controls and will even need to warp through deadly laser beams mid-jump consecutive times. It’s challenging, but just like the ship controls, it all becomes second nature with a bit of practice. Thankfully, each new ability is not only eased onto the player for familiarity purposes, but are also tied into the plot via Lt. Kai’s mechanically augmented body.

How does this transition from shooter to platformer work though? Throughout the levels, warp points that the ship can pass into shifts the game’s focus finding Lt. Kai at the ready at the entrance (also the exit) to the sub-levels, with no noticeable loading time. The controls are intentionally balanced to retain the Velocity feel and FuturLab has to be commended for nailing this crucial aspect. The Vita version intuitively accommodates the touchscreen into action, making teleportation as simple as a tap of the screen and throwing on-foot telepods an ease with the drag of a finger, in comparison to the somewhat clumsy analogue alternative. Finding the first boss battle, players will need to not only fight with the explosive power of the Quarp Jet, but also enter the ship to take it down from the inside out too. It’s a cool gimmick that works perfectly in Velocity’s puzzle/ shooter style and these battles alone are worthy of the price of admission. 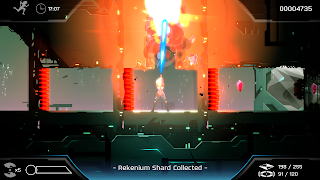 Once the main campaign is done with, there are extra journal entries and documents to unlock to add another layer of depth to the narrative, and Velocity 2X has still only just started. At heart, this game is truly all about speed. Each level features a set of challenges: completion time, collected items, and score, and these goals can be met in individual runs or completed simultaneously to earn the elusive Perfect Medal. Those whom do so with the fastest times will place their PSN avatars upon the online leaderboards for all to see. Retracing steps back to earlier levels finds upgraded weapons and abilities have carried over, making the top medals a bit easier to acquire; but landing perfect medals on the expansive later levels with test even the best speed runners out there. It comes as no surprise that FuturLab has delivered yet another love letter to speed running junkies.

Velocity 2X takes everything that was great about the top down shooting action of Velocity Ultra and not only improves it, but adds a whole new layer of depth: platforming. It creates a new hybrid genre that’s seamlessly blended together by its creative narrative and delicate balancing of controls for each style of game play. Topped off with yet another incredible sci-fi electronica soundtrack by Joris de Man and FuturLab’s signature art style, Velocity 2X isn’t just the sequel that fans have desired – it somehow manages to be more.