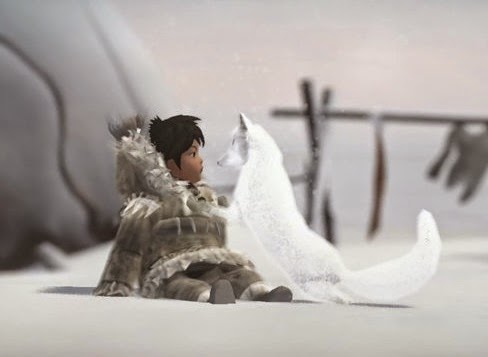 Without a shadow of a doubt I am going to love Never Alone. While I was only able to play one level at Tokyo Game Show, that short experience was already pulling on my heart strings in a genuine manner that made me care more about this game than almost anything I’ve played in recent memory.

What is Never Alone? It’s a game that is being built with the express purpose of representing Inuit culture to the world. It’s an small indie project being built using Unity in which players guide a young Inuit boy and an equally-young white fox through the hostile cold. Where? I can’t tell you – unfortunately I missed the story sequence that played at the start of the demo, but then it doesn’t actually matter where the boy is headed. This game is about the journey, and from the outset it’s impossible not to feel a connection to the child and fox.

The artic is a hostile place, and players need to direct the child to stop walking and crouch low periodically to avoid being blown away by gusts of wind. His struggles to hold his ground as the biting wind asails him is heart wrenching. Equally, should the boy or the fox fall into the ice-cold water, it’s instant death, and knowing that you’re personally responsible for their frozen, pitiful body lying in the water is a cruel reminder of the kind of dangers the Inuit people live through daily. 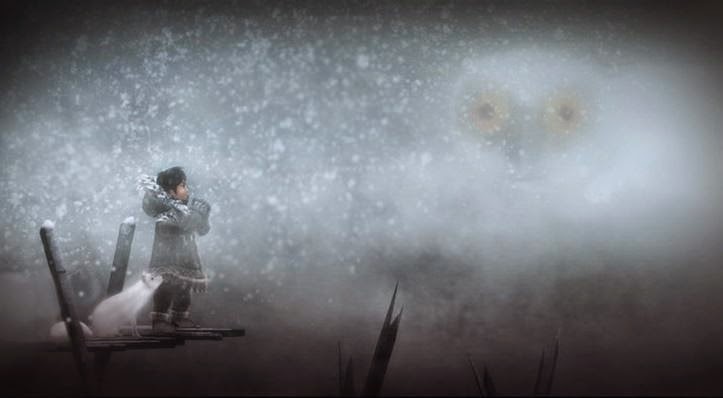 As harsh as it their world is, there’s a sense of wonder and joy about Never Alone, too. The relationship between the boy and his fox companion is often playful and always charming. The game also taps into the Inuit sense of spirituality, too, with players needing to complete certain puzzle objectives in order for a spirit-being to appear and provide the boy and his fox with a platform to reach an otherwise inaccessible area. This isn’t the most difficult game in the world (unless I only played the first level and it ramps up from there significantly), but the puzzles and light platforming is enough to keep the mind active as you work through the environments.

This game is coming to a wide range of platforms with help from Unity itself. At the demonstration one of the Unity team was there to chat with the media and answer questions, and the company is justifiably proud of this game; for all the white and simplicity of the backgrounds, Never Alone is a gorgeous game, with subtle animations in the characters lending them a life-like personality.

This is the kind of game that represents a healthy maturing of game development. Never Alone exists to represent a culture to the wider world, and explore various themes of importance to that culture. It is by very definition, then, an example of arthouse game development, and the fact that the TGS demo was such a joy to play bodes well for its future, too.