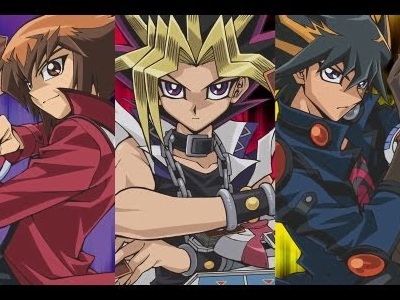 Review by Clark A.
In an industry that often produces movies that directly adapt their TV show equivalents, Yu-Gi-Oh! Bonds Beyond Time is ambitious. Originally released in 2010 as an anniversary movie of sorts, it plucks its four protagonists from the franchise’s first three long-running anime spin-offs. That’s a lot of back-story to work with.

Viewers will have to be familiar with three separate universes and there’s a decent chance that even Yu-Gi-Oh! fans haven’t watched each spin-off. To get real mileage from this film, viewers will need knowledge of elements that appear in the second half of each series; anyone that doesn’t know of Yubel’s back story or the unification of Satellite and Domino City will simply not get full enjoyment of this fan-oriented film.

Now, even if you’re familiar with all the Yu-Gi-Oh! lore and characters, Bonds Beyond Time is little more than the anniversary film it’s supposed to be. A new time-travelling villain named Paradox is conjured up for the purpose of uniting Yugi Mutoh, Yami, Judai Yuki, and Yusei Fudo, all of whom thrived in different time periods. Paradox targets most of the iconic dragons from the franchise such as Blue-Eyes White Dragon and Rainbow Dragon before snatching up primary protagonist Yusei’s own Stardust Dragon. Given Stardust’s importance as his ace, Yusei follows Paradox and the rest is quite literally history. 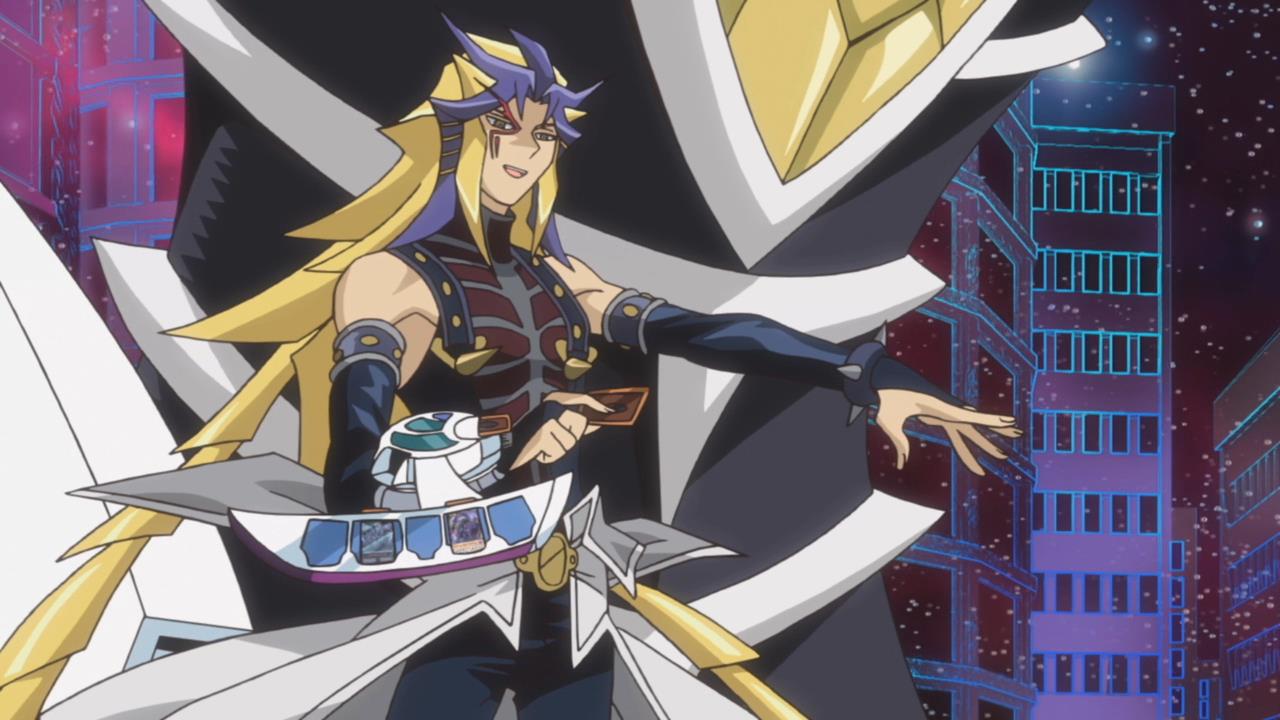 It’s another time travel narrative chock full of plot holes, in other words. Paradox’s motivations are standard shounen fare and the concept of uniting heroes from different time periods is hardly groundbreaking either. To any non-fan, this tale would likely be incoherent (with the more cynical labelling it a marketer’s dream). I’d wager series veterans will overlook the shortcomings, though, since Bonds Beyond Time aces its selling point; a duel starring all the protagonists.
It’s a good, lengthy match that occupies about half the film’s running time. Despite the obvious outcome (because the writers would totally destroy continuity in a non-essential movie), it’s entertainingly written. The villain pulls out intimidating move after intimidating move to give him some credibility as a threat, only to be outdone by themes the series has promoted for years such as teamwork and self-confidence.
The interactions between Yusei, Yugi, and Judai are worth watching as well. There’s a clear effort to have their actions reflect their characteristics from each show rather than have everyone function as plot device puppets. Admittedly they’re too down to business to be truly memorable (a restriction of the film’s relatively brief run time, no doubt), but the film makes up for that with gratuitous references and musical themes guaranteed to beckon nostalgia. 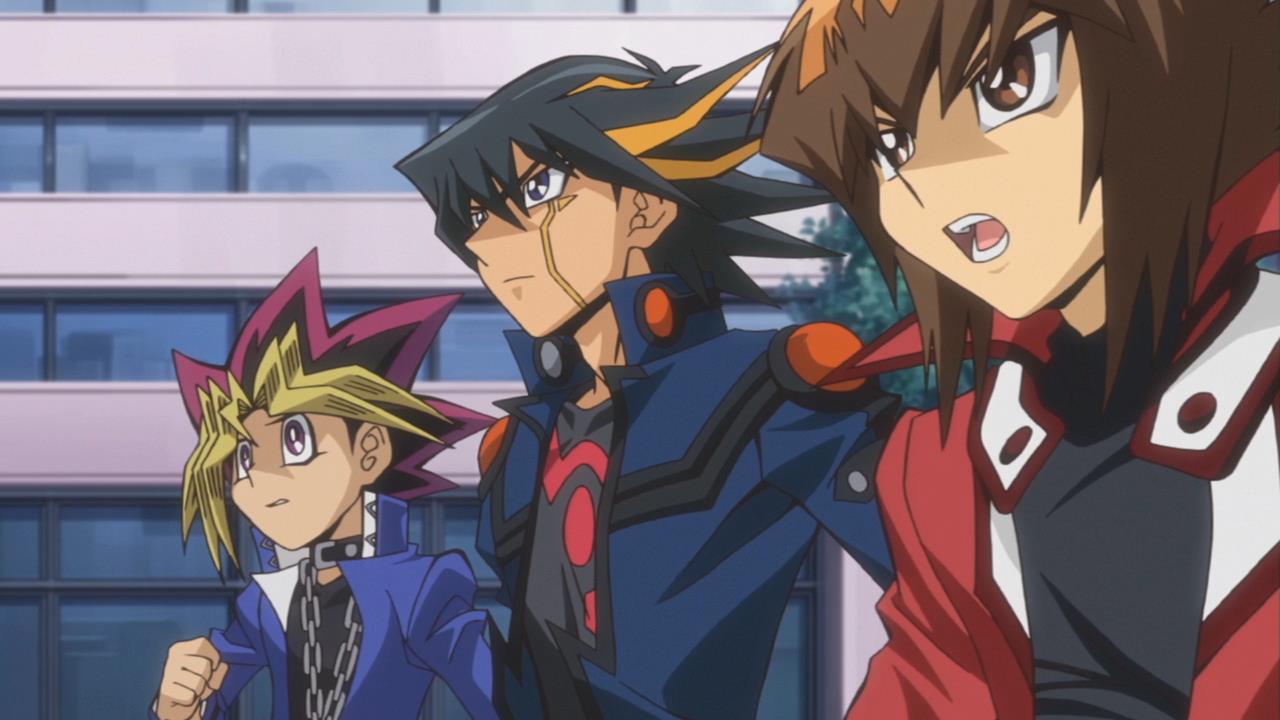 The animation in this film is also significantly better than any of the original shows it seeks to represent. While hardly the pinnacle of animation, fans will appreciate seeing older characters like Yugi Mutoh with a better lick of paint than could be afforded in the early 2000s. Series devotees will also salivate upon seeing all the iconic duel monsters from the series in one place with new forms to boot and possibly even grin over some card game-based humour.
The real issue here is that the “3D” that formerly occupied part of the title has been removed for North American audiences. There’s a good chance few people would have bothered using the feature, but it’s a shame upon discovering just how much effort went into constructing the hand drawn, three-dimensional aesthetics that characterised the film’s native release.
The film is fairly short, weighing in at just under an hour in length. It would have been nice to see it fleshed out a little more. Thankfully, the surprisingly solid English dub contains ten extra minutes of footage to flesh out the plot a tad more. 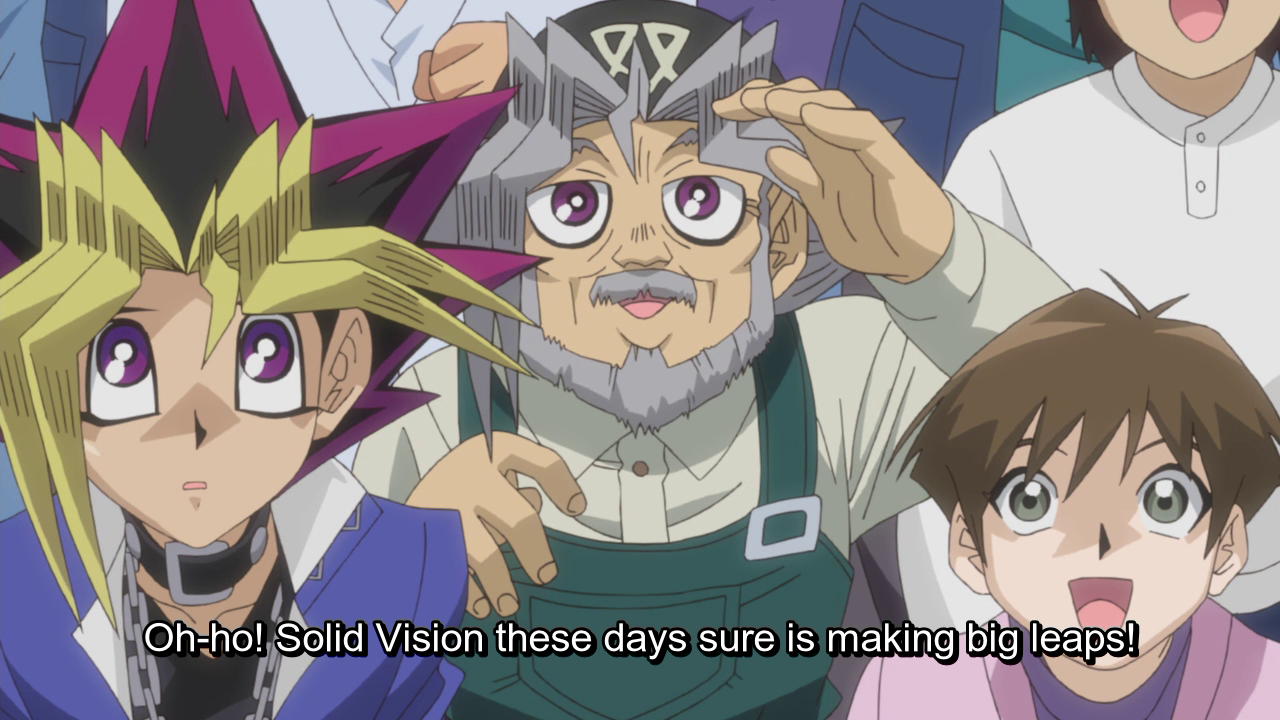 And believe it or not, there is actually Japanese audio with English subtitles. Most anime buyers take this for granted nowadays, but it’s absolutely worth writing home about in lieu of the heavily altered and censored Yu-Gi-Oh! dubs audiences outside of Japan have been receiving since Duel Monsters began airing in the early 2000s. Not a soul would complain if future releases incorporated both language options, methinks. Either way you go, though, the voice performances are positively first rate.

Yu-Gi-Oh! Bonds Beyond Time is far from essential viewing, even for fans of the IP. That said, if you’re in the mood for a nostalgia act or are just curious how the character interactions play out, there’s definite enjoyment to be had with this budget priced, fanservice-heavy film.

The Friday 10: My ten favourite games ever