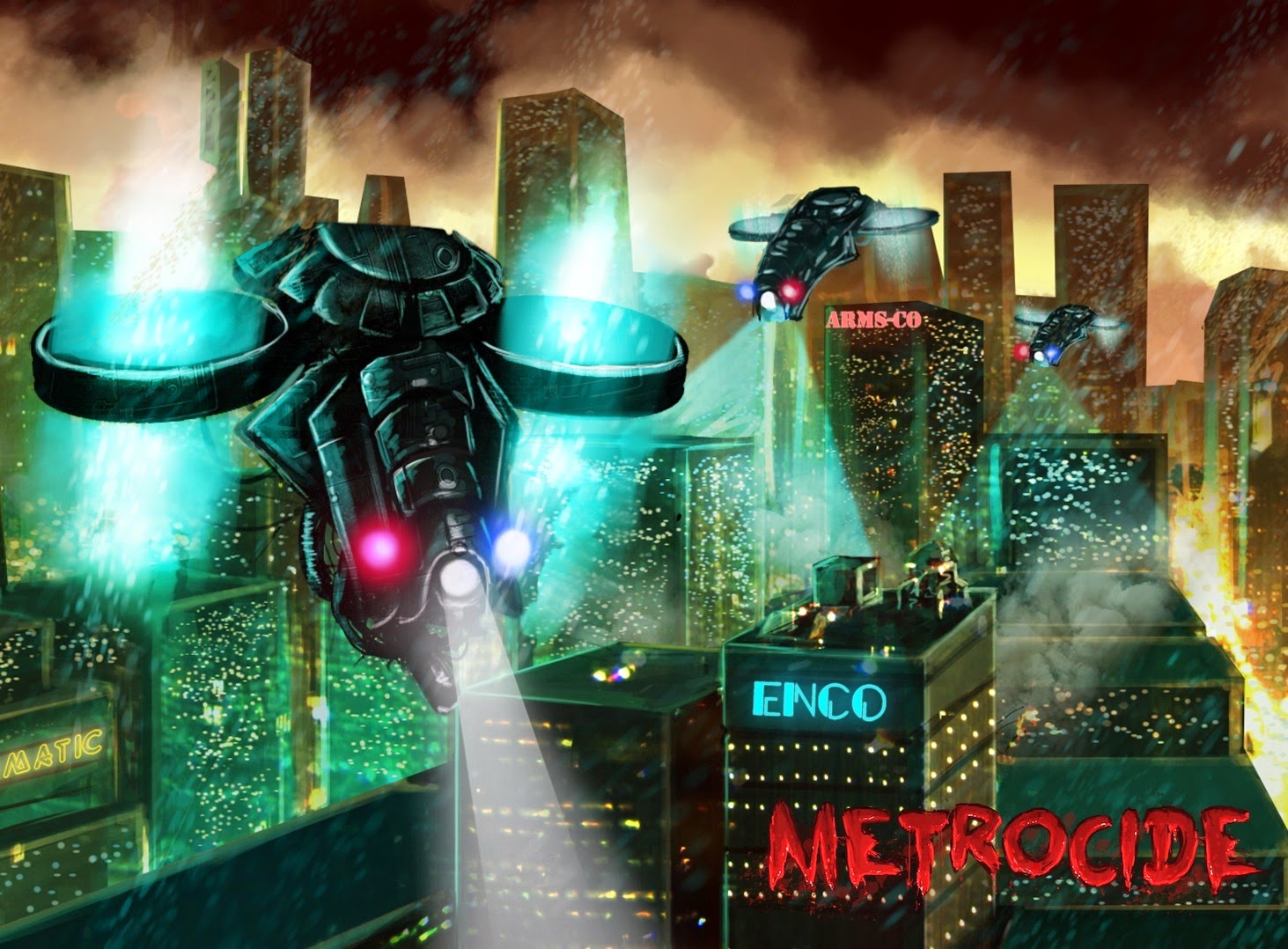 While Flat Earth Games may be the team responsible for a favourite title of ours, TownCraft, it has just proven that it’s a team willing to take chances. It would have been easy to go back to the same well that it drew on for Towncraft, but in Metrocide it is clear that Flat Out Games wants to do something very different this time around. As early as this game is in development, it looks like Flat Earth Games will succeed.

This is a very different kind of game to Towncraft. Gone are the large, childish characters and softer, greener colours and in their pace is a top-down view of a dark city filled with splashes of neon lighting. This helps to infuse Metrocide with a cyberpunk vibe that is augmented by the busy-looking sights and sounds of the city, including an active population that moves about and official-sounding voices droning rhetoric over a city-wide speaker system.

The movement takes some getting used to, with the WASD keys used for walking and the mouse for not only aiming weapons, but directing contract killer that you’re in control of; T.J. Trench. The theme is just as dark as the cityscape I got to preview the game in. T.J. is looking for a contact, whom he can purchase weapons from and take contract hits of varying degrees of difficulty. Once T.J. has accepted a contract, he sets out onto the streets as people mill about and police vehicles fly overhead. Some targets are completely oblivious to their surroundings, making them easy to knock off – but they yield very little money. Others are considerably more aware and also armed and perfectly capable of ending T.J.’s life. 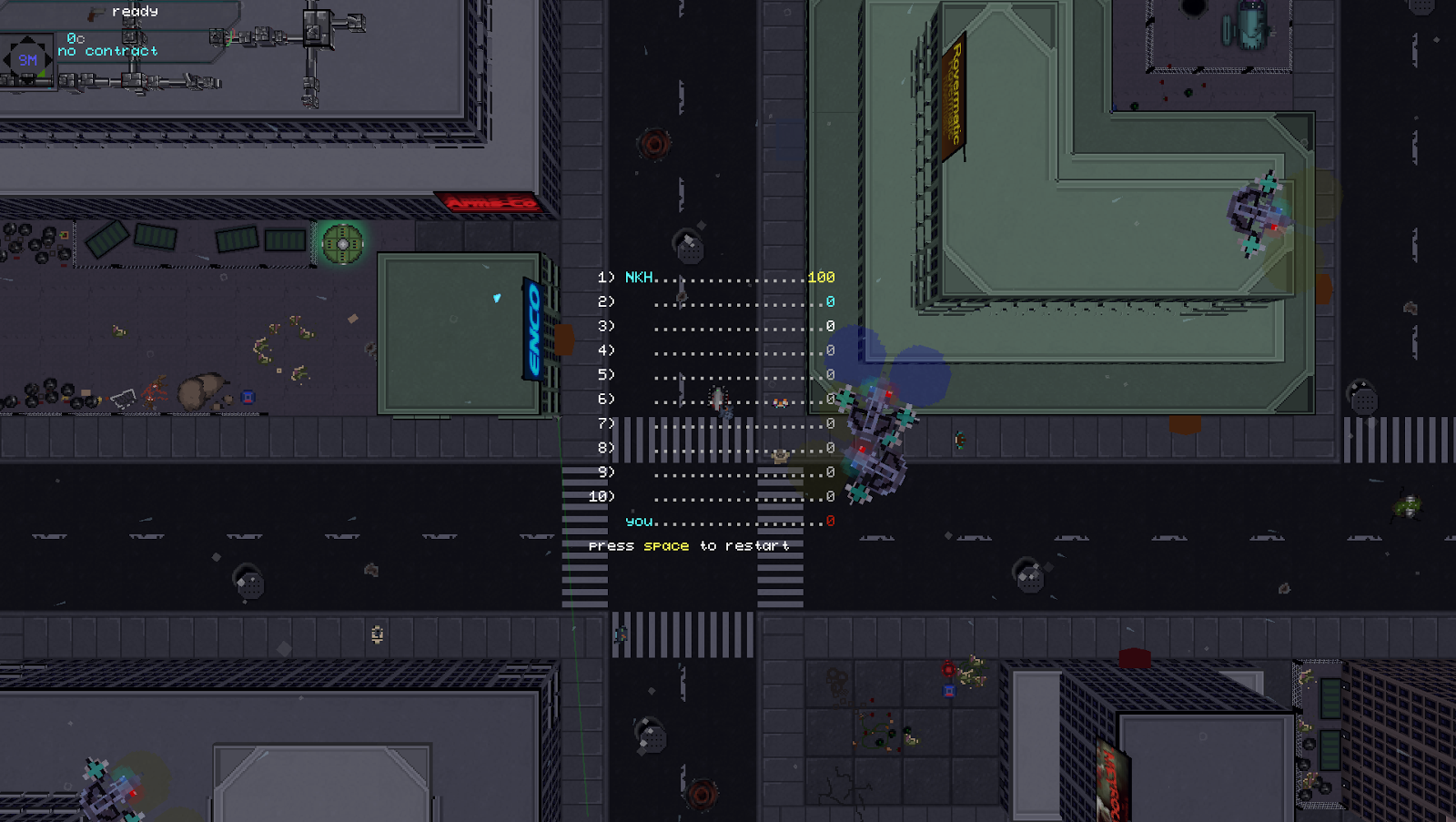 There are elements of stealth to this action game that go beyond stalking and eliminating prey, however. Citizens that see T.J. draw his weapon will create a panic, and the police are an ever-present watchdog that T.J. needs to be aware of. Pull off the hit and get some distance from the scene of the crime, or else the police will gun him down and the game ends then and there.

Metrocide is light on story, with a primary objective of gaining as high of a score as possible. This is done by pulling off more numerous and difficult contracts. Taking the betting paying hits means racking up a score faster, but also means T.J. is more likely to be killed off sooner than later. Taking lots of smaller ones is generally a safer route to go, but it is a slower process and it sees T.J. committing more crimes to get the same amount of money – which leads to more opportunities to be busted for his actions.

There is an indicator in the upper left of the screen, giving T.J. an idea of what direction his contact/ contract is located and how far away they are. This is quite a handy little feature as the city itself is actually fairly large in every direction. 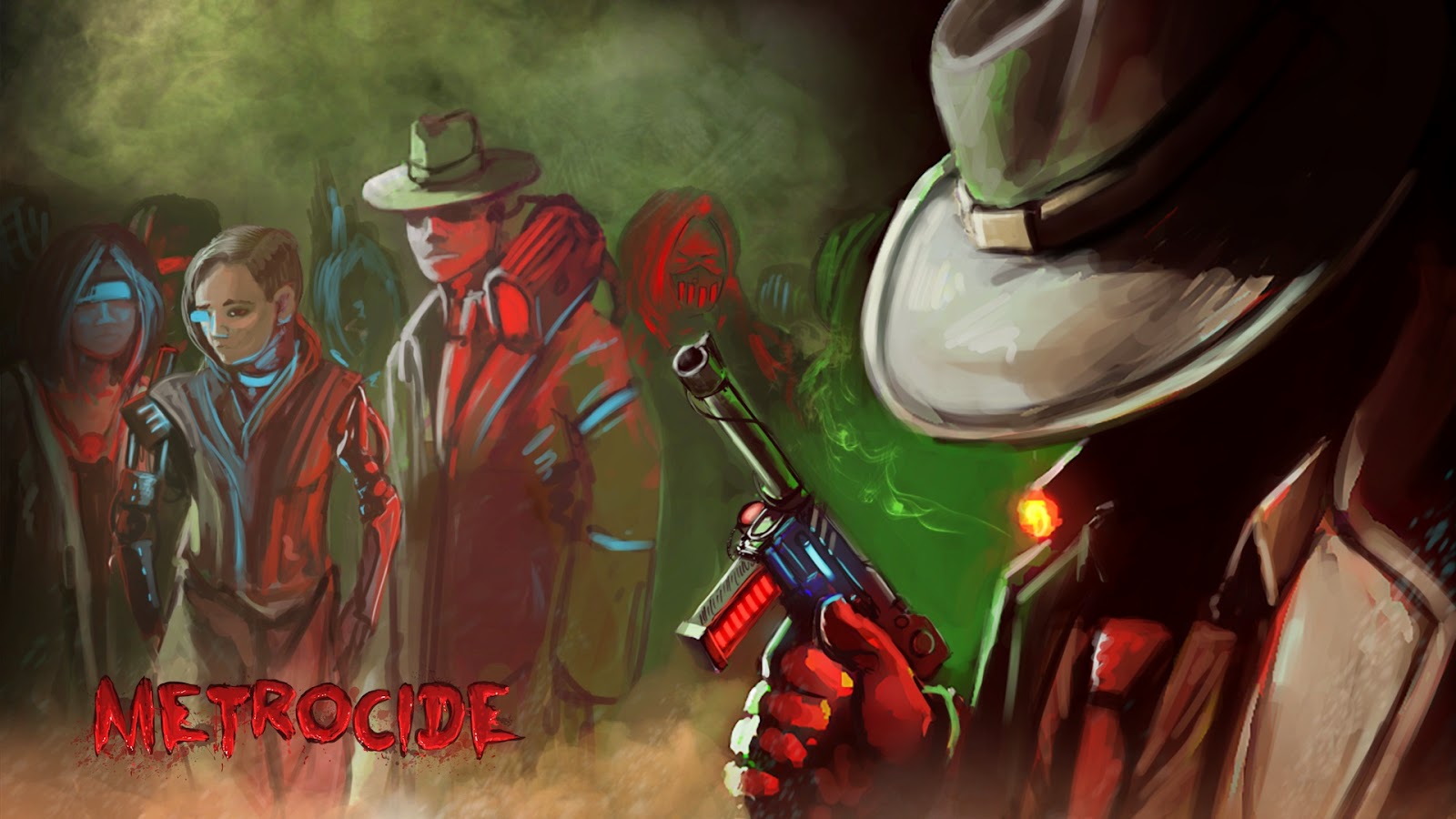 This was a very early build, with only one level available to be played currently, and most but not all of the weapons purchasable. There are some bugs to be worked out as well, such as police sometimes targeting T.J. for no real reason. Probably the most frustrating end I faced took place after a particularly long, successful string of contract kills. I was accepting a new one for a very aggressive target because I was feeling pretty good about my skills at that point. Said target happened to be strolling right past my contact, so the moment I accepted the contract, he was a couple of inches away and gunned me down right where T.J. stood.

Aside from a few of the growing pains like this expected from a title in this stage of development, my time with Metrocide was fun. It will be interesting to see how Flat Earth Games continues to develop this title, but so far it looks like it could prove to be a lot of fun to play with some additional tweaking and maybe a more public set of leaderboards so people can compare high scores.