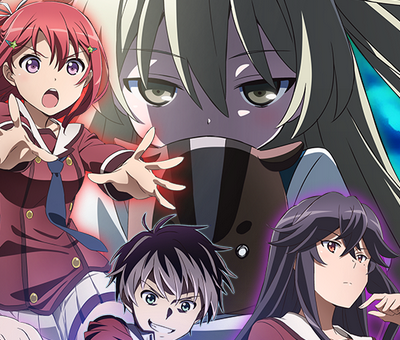 Inou-Battle in the Usually Daze (Inou-Battle wa Nichijo-kei no Naka de) is an upcoming anime about superpowers…with a twist. Five members of Senkou High’s literary club are bestowed with various abilities ranging from healing living things to manipulating time and controlling the five elements.
Rather than endure the torment inherent in vigilantism or consult the scientific community, though, the five students elect to do nothing. They simply return to their quaint school lives with these decidedly potent powers in tow, pondering their purpose and whether the superhero life is a feasible one. You can bet there are plenty of uses for super powers outside of the norm.
If anyone can make the premise work, it’s director Masahiko Otsuka. Otsuka was behind such zany shows as FLCL and Panty & Stocking with Garterbelt. Having the rest of Studio Trigger at his disposal certainly shouldn’t hurt either.
The anime’s official website recently launched as well, which you can find here. Granted, you’ll have to be fluent in Japanese to scrounge up more than a few character images.
The first episode is slated to air at some point in October this year. And for the record, yes, the English title in the headline is indeed official.