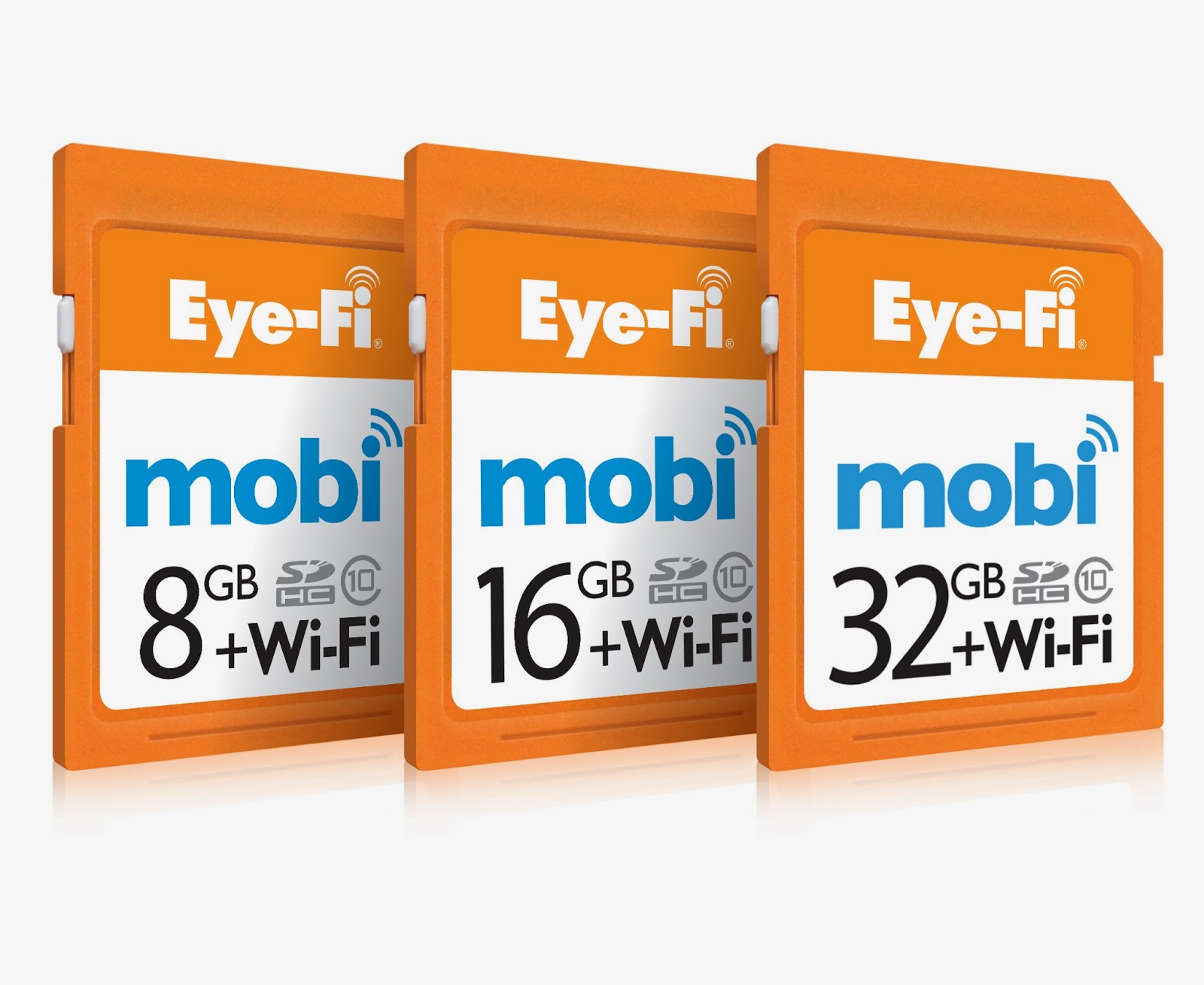 What’s this? We’re reviewing memory cards now? Have we gone insane? Fear not, my friend. This memory card is actually pretty cool. I know it sounds unlikely, but trust me on this one. You should definitely keep reading.

Let’s start with the bare facts. The Eye-Fi Mobi is based around a high-performance, class 10 Samsung SDHC card. It’s available in sizes from 8Gb to 32Gb, and the basic functionality is just the same as you’d get from any memory card. It stores stuff.

Slap it in a camera, though, and it becomes one of the most interesting gadgets I’ve seen in a while. The Mobi automatically creates a short-range wi-fi network point, allowing you to snap pictures on your camera and instantly whiz them across to an Android or i-device of your choice. They’re then available to edit and share as if you’d taken them on your gadget in the first place. As a result, you get the picture quality of your regular camera and the social media functions of your smartphone. It’s win/ win. See? I told you that you should keep reading.

It also comes with a few side benefits. Because the card talks directly to the camera, you can perform the transfer anywhere. Out in the wilderness without any Internet? No problem. Do the transfer now and tweet your pictures later. The gadget-side copy also acts as a backup of your photos, so there’s less chance of losing your precious memories should your camera suffer a mishap. And the Mobi is a doddle to use. There’s a simple one-time pairing procedure for each gadget that you’d like to connect, and then it’s just a matter of opening the Eye-Fi app and sitting back while images are sent to your gallery. It couldn’t be easier.

Unfortunately, the price of simplicity is a distinct lack of control over the transfer process. It’s not possible to be selective about which images you transmit and, once a picture has been sent, it can’t be transferred wirelessly again. Video footage also produces mixed results, as files won’t copy across if your target device doesn’t support the camera’s movie format. None of these issues cause a huge problem – files can still be downloaded to a computer in the traditional way – but prolific photographers will probably find the software frustrating after a very short while. You should also be aware of a moderate power hit: my Canon SX220 managed 265 images instead of the usual 400, so remember to travel with a spare battery. Finally, it would be wise to check your camera’s compatibility on the Eye-Fi website before you part with any cash.

Despite this, the Eye-Fi Mobi provides a great excuse to dust off your old camera and start sharing pictures with the world. Picture transfer is fast, reliable and easy, and a reasonable price-tag makes the Mobi an ideal gift for budding photographers. Who would have thought that a memory card could be so much fun?