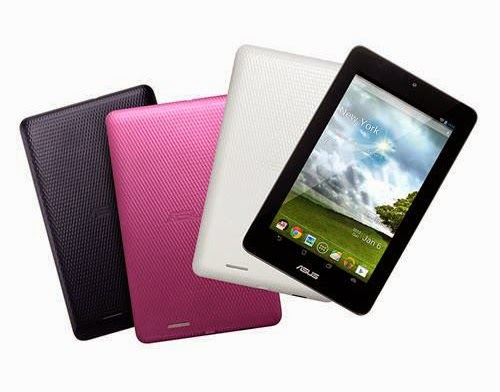 ASUS is one of the world’s largest computer makers but quite often you’ll have more of a discussion about how to say the name of the company’s name rather than talk about each of its individual products (A-Seuss – as in Dr Seuss – for those playing at home). However, sitting down with the MeMO Pad 7, it’s clear that it knows what it’s doing in the lower price end of the tablet market. This is a 7-inch tablet that won’t hurt your wallet too much – $229 – but still gives you the freedom and versatility that you would expect for a lot more.

Opening the box, the first thing that strikes you is the size. Having tinkered with a ‘phablet’ before (sorry about using annoying vendor-generated jargon), it feels like it can almost be a phone as well and it is a little bit of a missed opportunity that it isn’t. My wife has an iPad Mini, which is 7.9 inches, it feels like it’s too big to possibly be a phone. The MeMO Pad would make you feel a bit foolish to hold up to the ear but could almost have that extra functionality were it half an inch smaller.

From start up, it’s clear that ASUS has its components right. It’s a smooth and beautiful start up that gives the feeling that it’ll be a smooth and beautiful experience all over. For the most part it is. When the tablet is locked, it’s very slow and it is occasionally sluggish in the menu screens but you get what you pay for. If we were reviewing an ASUS Transformer, maybe that would be a bit of a deal breaker. But if you go for the budget option, chances are you are going to have to compromise on something. So a bit of sluggishness here and there is noticeable, but as compromises go it’s not so bad. 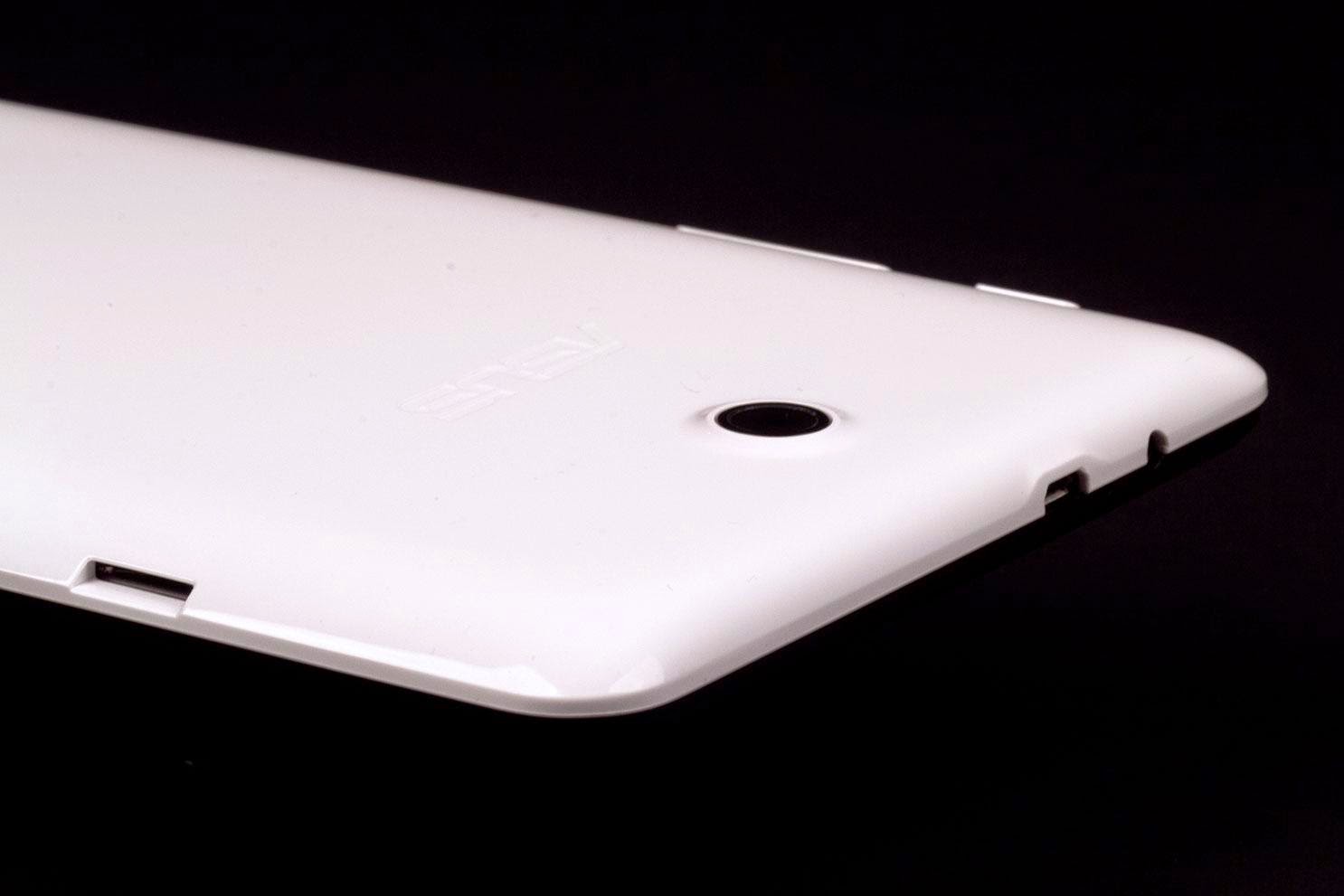 Due to the slight sluggishness, I’d say that if you were looking to use this as a sophisticated business tablet – really anything more than checking your emails – look at the higher end of the market. The screen is small and although the keyboard is sensitive, it’s not the easiest typing experience you’ll find. But that’s fine, it can be used in plenty of other great ways.

For the sake of disclosure, I am an Apple user. I have an iPhone, iPod, iPad and I’m even writing this on a MacBook Pro. Not that I have anything against Android. I’ve just had Apple products and have been bought into that ecosystem. To change now would mean I lose too much stuff. I do have a Samsung Galaxy Mini as a secondary work phone but don’t use it all that much. So I may not have had much experience with Android but this was a solid experience of an OS and worked really well to make the tablet a great option as an entertainment piece.

As a gaming device, the size is perfect. Downloading Angry Birds Epic, Soldier Run, Underworld Empire and Aliens Drive Me Crazy gave a broad view of the gaming capabilities the quad-core Intel processor could handle. Angry Birds Epic is a turn-based RPG; Soldier Run is similar to Temple Run in almost all ways; Underworld Empire was a strange experience of an MMO/ RPG that requires quite a lot of tapping; and Aliens Drive Me Crazy is a side-scrolling Flash-style animated action game. Regardless of the genre or the complexity of the game, the tablet handled them all perfectly and was a small enough tablet be an efficient device for playing on public transport. 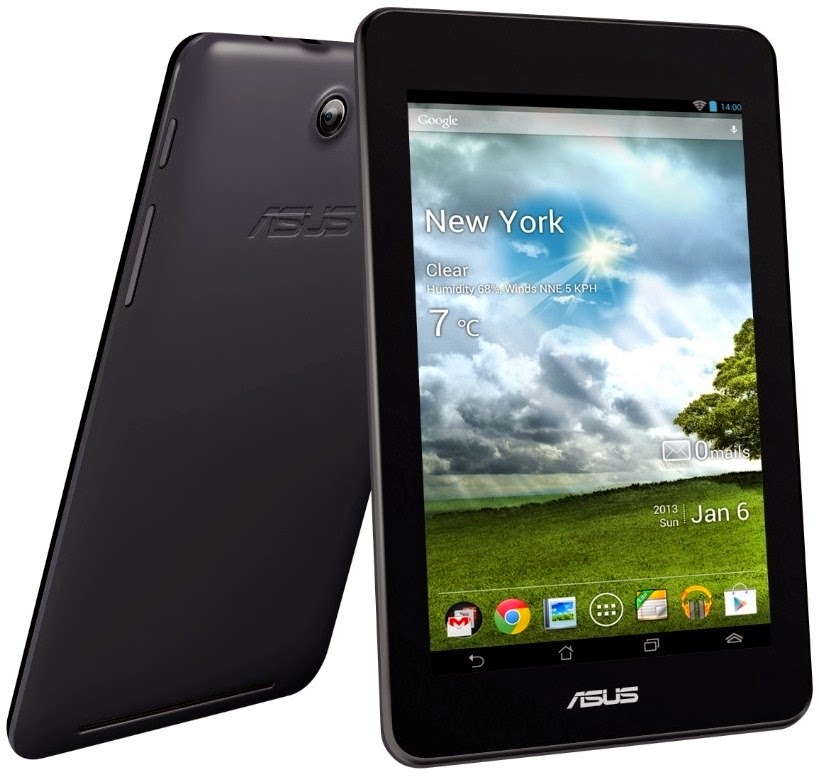 When it comes to video content, the tablet is small enough for it to be beneficial to the watching experience. Having plenty of content, I tried quite a few different types of film and television content. Watching TV animation with Batman: The Animated Series, dramatic live action with the Sopranos, anime with Dragonball, CGI film with the LEGO Movie and About Time, the device handles all of these with aplomb. The colours were actually surprisingly vivid; the sound clean and crisp even without headphones. It was quite a pleasant surprise actually.

Both the upside and downside is system of getting content on the device. You can just drop it straight on the tablet via a USB connection or via a Micro SD card. The only thing is that the content is not very organised, especially with the only 8-16GB storage on the device, although this can certainly be rectified with various Cloud options including SkyDrive and Dropbox.

This helps when it comes to music and photos. Music comes out sounding clear enough through the tablet’s speakers and ASUS have done an excellent job with the internals of the device – all except when it comes to the camera. There is a 5 MP rear camera with auto focus and 1080p video recording, and a 2 MP front camera. With the proliferation in camera technology and smart device cameras, it seems a bit bizarre that there would be such poor quality cameras in this tablet; poor enough that I wouldn’t even recommend this for Facebook selfies.

For what it is, I think the ASUS MeMO Pad 7 is a great tablet and would be a great option for someone planning on using it for a little bit of gaming, a little bit of film watching on the train or in bed, and listening to a little bit of music. If you’re looking for tablet for work, look elsewhere. It’s a solid option for those on a budget but looking for something to make that commute less unbearable.