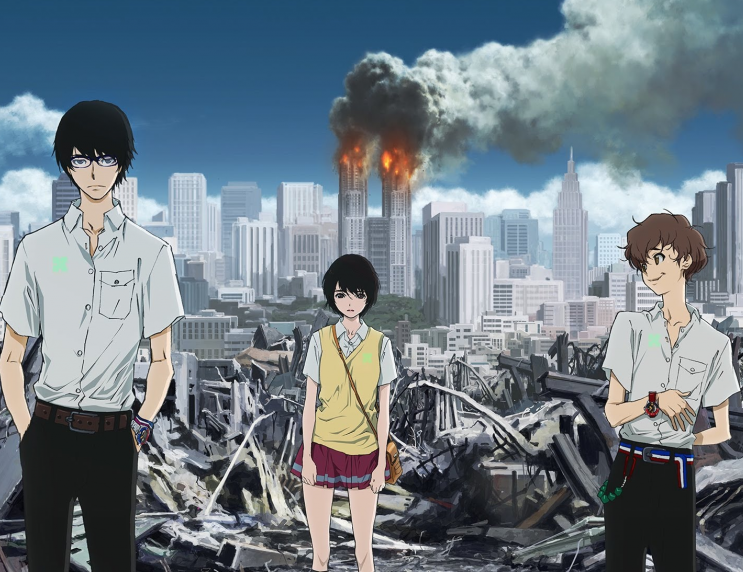 Note: This preview describes an anime which deals with controversial and potentially offensive subject matter. While Terror in Resonance does not contain overt gore, violence or sexually explicit scenes, the first episode depicts a highly realistic terrorist attack from the perspective of the perpetrators, in which a large building is destroyed with several explosions. The perpetrators are also shown in a partially sympathetic lens which rationalises their actions. If these scenes sound like they would be emotionally distressing to view, I would advise to avoid the anime and to not read this preview.

Terror in Resonance is easily going to be one of the most confronting anime titles ever created. The protagonists, Nine and Twelve, are mysterious individuals posing as high school youths who have escaped from an unknown facility. They demonstrate slightly superhuman abilities, stealing weapons and masterminding terror attacks across Tokyo. And yet, they are also human beings with clear personalities, emotions and values which audiences will be able to relate to. In an attack on a Tokyo shopping mall, a girl named Risa Mishima gets caught in the scheme and is offered a choice by the pair: to die, or become an accomplice in their activity.

The metaphor of Tokyo as a volatile, explosive city is common in modern Japanese thrillers, harking back to the 1988 classic Akira. Such works criticise the social constructions in Japanese culture which silently repress and dehumanise its citizens, leading towards an eruption of violence and anarchy. While Akira was set in the distant future, however, Terror in Resonance is set in what could easily be the present day. 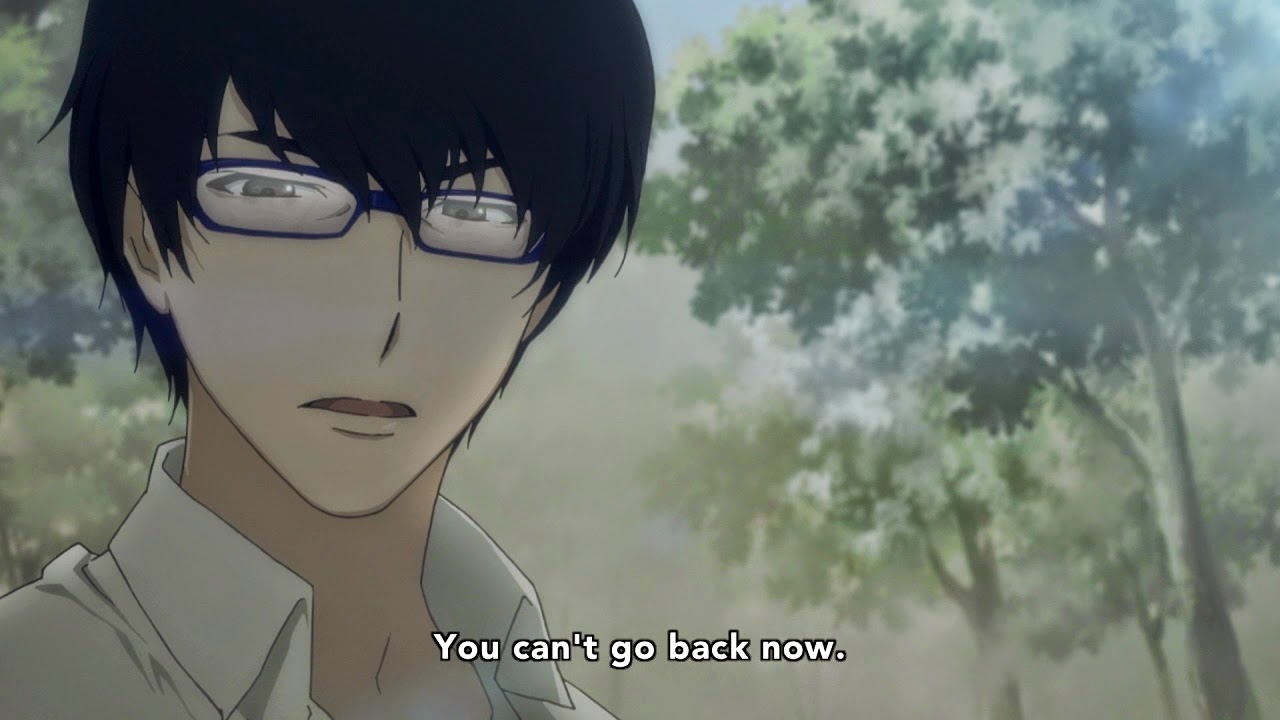 The premise of Terror in Resonance is controversial to say the least, and yet terrorism is certainly a topic which must be addressed through art. Thankfully, the dream team of Shinichiro Watanabe and Yoko Kanno have the project in very capable hands. The duo, having previously collaborated on Cowboy Bebop and Kids on the Slope, have developed a distinctive style which manifests in every facet of Terror in Resonance’s design.

The world of Terror in Resonance is one of cruelty. Our first introduction to Risa Mishima shows her being bullied by her classmates, while Nine and Twelve have a similarly grim backstory. This is complimented by the anime’s hyper-realistic art style which indulges in metallic blues and greys, evoking a mirthless sterility in the cityscape. The visual direction prepares audiences for what will most likely be a dark and confronting experience, opting not to revel in excess but rather bring the speculative terror closer to home. The soundtrack consists of jazz music mixed in with menacing basslines, which is a refreshing change from the more electronic fare that tends to dominate this genre. Jazz and suspense seem like an odd mix, and yet Kanno’s compositions manage to add flair without being obtrusive. 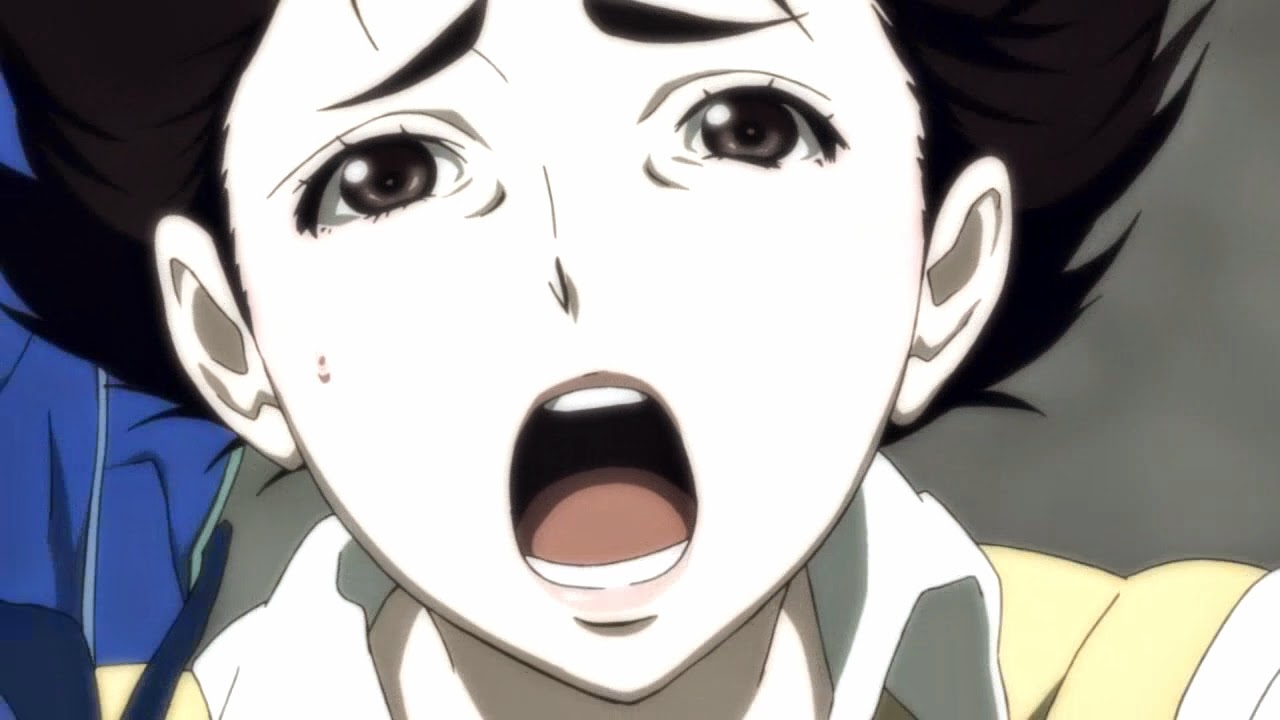 The anime’s mystery is further deepened by a heavy use of symbolism. For example, the bombs used in the demolition of the shopping complex are disguised as cute mascot plushies. On the surface they are merely a prop used by Nine and Twelve, but just as the dolls hide their deadliness through their cute exterior, Nine and Twelve masquerade as innocent high schoolers while perpetrating their acts. Could this also be a critique of consumerism, as consumer objects become the downfall of a shopping complex? Or rather, a dark subversion of the Japanese cuteness culture? Many scenes in Terror in Resonance work on multiple levels in this way, which deepens the mysterious atmosphere and demands several viewings so that nothing is missed.

With Terror in Resonance, anime fans are treated to a mature and confronting experience with excellent production values and a gripping narrative. It’s certainly not for the faint of heart, tackling deep societal issues through characters who are neither heroic nor villainous. Instead, Watanabe and Kanno probe the heart of a society which represses the weak, protects the bullies and drive people like Nine, Twelve and Risa to desperate measures, delivering a cerebral thriller which is chillingly relevant to modern culture.