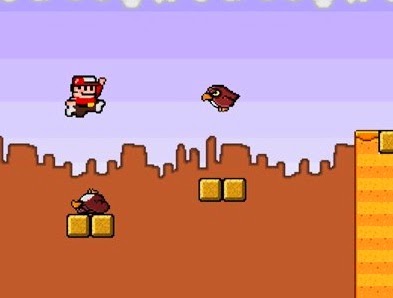 One of the consequences of games being so very easy to create right now is that there are all kinds of people making games. For independent developers, the ability to build retro throwback games to their youth is one of the most compelling drawcards of having access to all these game creator tools. And this is where 8BitBoy comes from.

“What am I doing with my life?” is a common question that people ask themselves. As the hero of 8BitBoy ponders this question to himself he thinks back to the good old days when he got to sit around and play as much as he wanted to on his trusty old video game system. Thinking on that, he wonders, do I still have that system? He descends to the basement and starts to rummage through all the old stuff trying to find it. His old 8 bit system in all of its glory with all of his old games worn with the passing of time. Then joy suddenly turns into curiosity has he discovers one brand new game with no label simply sitting there. He loads up the console and the mysterious cartridge and then gets sucked into the game, becoming an 8 bit character in the process. 8BitBoy is a throwback to the old platforming days where games featured not more than a few different buttons to play with, and players had only one goal to be accomplished, such as “make it to the end of the level without dying.” Graphically this game is pretty, with a nice application of the 8 bit aesthetic. The main character, the enemies, and the environments are very well polished and smooth which creates a seamless landscapes for the stages that you pass through from one world to the next. Oddly enough the game is almost too pretty, with the clean visuals damaging the illusion that you’re playing an 8 bit game somewhat.

There are two different ways to play; Kiddy or Retro Mode. Kiddy Mode grants more time within levels and autosaves after every level which makes dying and game overs later on a little bit easier to handle. Retro Mode requires finding a very specific coin that is hidden in the levels to be able to save. These coins are tough to find and the one thing to remember is, the clock is ticking. If you really are an old school gamer, this title will challenge you.

From the different worlds to the various enemies that can be encountered, 8BitBoy really feels like an homage to the 8-bit days of Nintendo’s Super Mario Bros. series. To say that 8BitBoy is a simple experience would be to take away from its retro elegance. Platforming traditions of all types are represented in the game, from disappearing platforms to raising quicksand. The game steadfastly refuses to pick up on some of the more modern game design elements found in platformers, and it’s almost quaint in its dedication to old school gameplay, even to the detriment of its playability compared to other games that are now on the market. 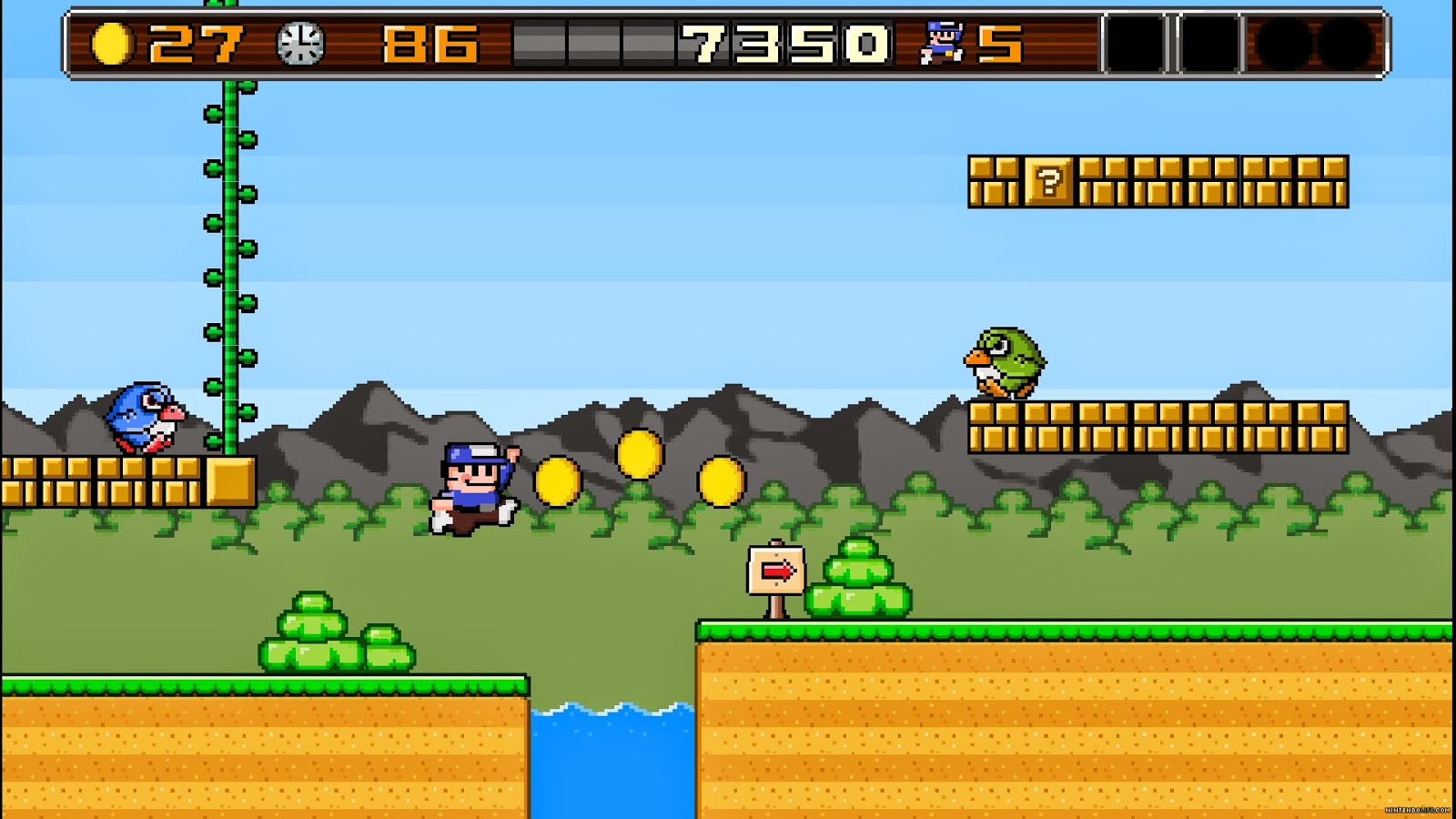 Available to the main character within the stages are two forms of powerups. The first is a shield that will protect the character from any one hit, while the second is a red fruit that turns his clothes red and allows him to shoot fireballs. Now if the launching of fireballs was not enough, there is a second fruit that is available only after attaining the first one which turns the clothes green and allows for two simultaneous fireballs to be launched. It’s not exactly a subtle reference to Super Mario Bros, but it’s a fun touch nonetheless.

8BitBoy will frustrate players who haven’t kept up with their old school play skills. The game requires precise platforming skills, and there are moments where a well timed jump will still just fail, or missing an attacking jump by a single pixel can cost a death.

That said, 8BitBoy is a great throwback to the NES era of platform gaming where skill and mastery were required if you were to make it through to the end of the game. It’s games like these that remind us that button mashing does not always win the day and sometimes, just sometimes, perseverance can be a reward into itself.

Attack on Titan advances to Blu-Ray and DVD