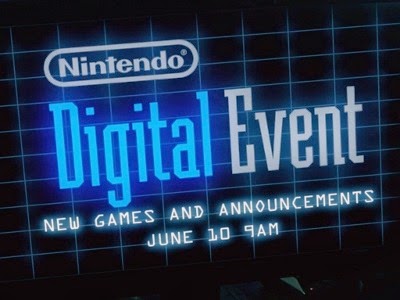 Nintendo’s 2014 E3 digital event has just concluded. Didn’t get to see the show live or simply forgot all the fine details? We’re on the case with a summary of everything that went down.

So, what games do we get to look forward to from the publisher giant?

-The conference kicked off with a humourous battle between Nintendo’s bigwigs, Satoru Iwata and Reggie Fils-Aime
-This segued into the reveal of Miis in Super Smash Bros. Brawl. There are three forms: brawler, gunner, and sword fighter, all of which have their own unique move sets. The company hopes players will model fighters after cultural icons.

– Reggie Fils-Aime officially revealed amiibo, which is the name of the figurine system we heard about a few weeks back. The figurines can store data as well as send it.
– Smash Bros. will allow you to customize your characters using amiibo and insert the figurines into the game as enhanced computer opponents based on the player
– amiibo is compatible with the upcoming Super Smash Bros. games as well as Mario Kart 8
– the figurines will launch this holiday season to coincide with the release of Smash Bros.

– An extensive trailer for Yoshi’s Wooly World. Oh heck yes. It looks similar to Yoshi’s Island in terms of mechanics but the art style factors into the gameplay as well. It launches in 2015.

– Captain Toad: Treasure Tracker was announced for Wii U with a generous trailer. It looks to be a full-fledged retail title based on Super Mario 3D World’s bonus levels. It launches this holiday season.

– Eiji Aounuma discussed the Legend of Zelda franchise and how he wanted to make the series more open. Zelda on Wii U will be an open-world game and a brief trailer was shown depicting Link fighting off a giant monster on Epona. It’s coming at some point next year.

– A trailer for Pokemon Omega Ruby and Alpha Sapphire was shown. It more or less recapped the information released in Coro Coro magazine earlier this week, albeit with beautiful moving images. The official release date is November 21st.

– A trailer for Bayonetta 2 was shown, featuring a bit of gameplay as well. Samus and Link costumers will appear in the game. The original game is included on the same disk for free in a single package. It’s coming October 2014.

– Detailed gameplay for Hyrule Warriors was shown. Giant bosses and a two player mode were highlights. Midna and Zelda were announced as playable characters.

– Kirby and the Rainbow Curse was announced for Wii U via a couple of minutes of gameplay footage. It plays similarly to Kirby Canvas Curse, which released on the DS a decade ago, although there’s a new art style and plenty of new features. There will be transformation segments for one thing. The game launches in 2015.

– A trailer for Monolith’s X was shown, which has been retitled to Xenoblade Chronicles X. and is slated for a 2015 release.

– Splatoon is a new Nintendo IP with eight player 4 on 4 online action game for Wii U. It’s about claiming territory via spray paint. Players can transform between squids and humans to traverse the battle arenas. Plenty of in-depth information was given, such as the Game Pad’s usage and the different styles of play.

– A high-quality anime trailer depicted a battle between Link and Pit before revealing Kid Icarus’ Palutena as a playable character in Super Smash Bros. on Wii U and 3DS

– Fantasy Life will launch in October of this year

– Many upcoming eShop titles for Wii U and 3DS were showcased such as 6180 to the Moon, A.N.N.E., Armillo, Nihilumbra, and Starwhal: Just the Tip

– Mario Party 10 was announced for Wii U. It features Bowser as the star of the game. One player plays as Bowser on the Game Pad against the others.

Overall, this conference had a far more leisurely pace than either Sony or Microsoft’s presentations despite those going for more than double the length. Nonetheless, plenty of worthwhile announcements were made and the obligatory hype trailers got out. Although I am a tad confused about the absence of Star Fox based on the TIME article that surfaced just before the event, especially since it was alluded to in the conference and Mario Maker actually came true.
What did you think?
– Clark A.
Anime Editor
Email me at: clarka@digitallydownloaded.net
Share this