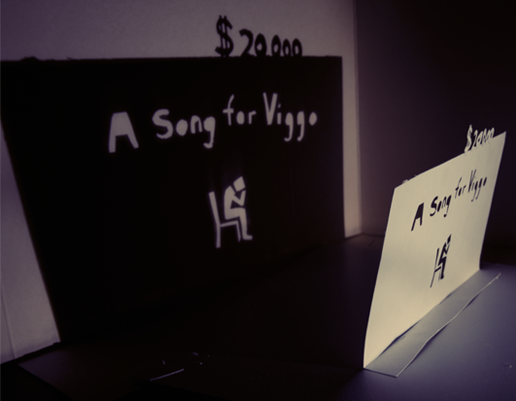 A Song For Viggo is a point-and-click adventure game that explores the darkest of depression; it’s a game about the aftermath of a parent that accidentally kills their child.

It’s a game that looked to Kickstarter to get funded, and with just four days left, it’s still not quite over the line. Despite looking for just $20,000 to complete the game, the developer has, at time of writing, raised just $16,243.

I can’t describe how powerful this game will be, but just the game’s description according to its Kickstarter profile is compelling enough:

… is an adventure, through a world which after a terrible tragedy, is revealed to be as thin as paper. You play a father who accidentally kills his son and then has to keep on living, even though everything crumbles around him.

Your first mission is to arrange your son’s funeral. You are going to have to do it alone, because your wife, Karen, went into a deep depression following the death of Viggo.

This is the type of challenge you will have to face in this game.

Your goal is to maintain everyday life, despite the tragic circumstances. Be there for your daughter. Put food on the table. Do the dishes. Keep your marriage together. The struggles are of a psychological, rather than mechanical, nature. There is only one puzzle. It’s called life.

A Song for Viggo contains five chapters, each one revolving around a different one of the difficulties you can experience after losing a child – such as marital problems, depression and suicidal thoughts. In order to portray this as credible as possible I have interviewed several people who have lost their children (even some who share Steve’s fate.) It’s one of my goals with the game; to bring their stories to you, to make people who may be in this situation – trying to maintain their everyday life in the wake of a disaster – feel that they are not alone.

It is a story that tries to discuss things we don’t normally talk to each other about. It is an investigation of the nature of depression – one of the world’s main public diseases. And it is, indeed, about a simple fact:

Even after the end, everything continues.

This is the kind of game we need more of in this industry – one that explores real issues in a meaningful way.

So back it, because this is going to be something special.