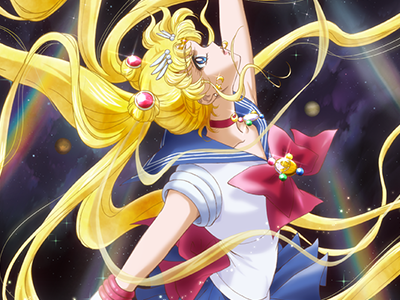 News by Clark A.
To celebrate Sailor Moon’s 20th anniversary, the popular shoujo franchise is making a comeback in a major way. Usagi Tsukino’s (or Serena’s, if you will) adventures will be chronicled throughout the rest of 2014 and beyond.
Firstly, a new series called Pretty Guardian Sailor Moon Crystal is set to launch this summer and aims adapt the original manga material rather than remake the existing animated series (think Fullmetal Alchemist: Brotherhood). Crunchyrollannounced that it would air a simulcast of the first episode on July 5th under the slightly simplified banner of “Sailor Moon Crystal”.
The franchise’s revival won’t end with Sailor Moon Crystal, though, as Viz Media recently acquired the rights to the original animated series. On May 19th, Viz Media began uploading the episodes from the original series to its website for streaming. Only a fraction of the total episodes are currently available, but there are plans to release the original 200 episodes as well as all the specials and three feature films. You’ll be able to catch “new” episodes each Monday either through Neon Alley or Hulu.
Viz’s release of the original series varies greatly from DiC’s efforts in the mid-nineties. The show is advertised as being “uncut” in regards to character names, stories, and relationships. If you’re not fond of watching Sailor Moon with subtitles, an uncut English dub will be released at a later date. A physical release is planned, too, with Viz dividing the series into several half-season box sets (the first of which will be distributed this fall).
You can check out more information as it arrives on Sailor Moon Crystal’s official website or tune into the aforementioned streaming sites to watch either show.
– Clark A.
Anime Editor
Email me at: clarka@digitallydownloaded.net
Share this