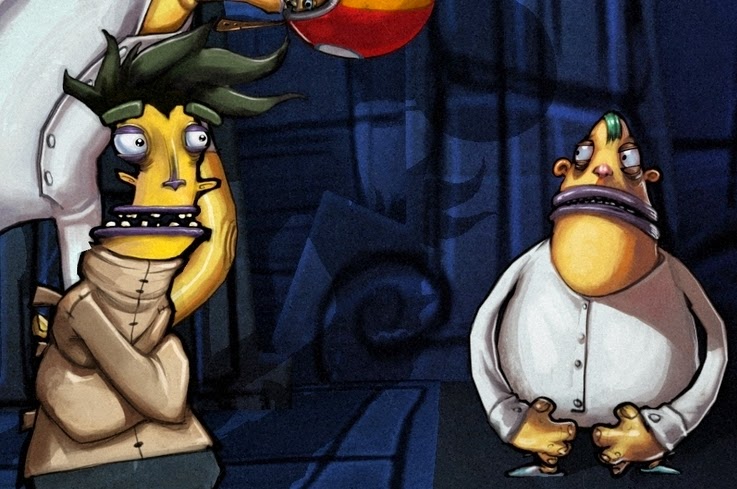 Ron Gilbert, Tim Schafer and Al Lowe; three people who pretty much gave me my sense of humour through the point and click adventure games they were involved with in the late-eighties to mid-nineties. As of late, there has been a resurgence of the genre through Telltale games, as well as many indie projects such as Jolly Rover and Broken Age, as well as platformer variations on the adventure games such as The Cave.

(Click here for our video review of the PlayStation 3 review)

Stick it to the Man! is similar in gameplay to The Cave, though Zoink, the team behind Stick it to the Man!, do a far better job of conveying the humour and puzzle logic of the games of yesteryear. Ray Doewood, a hardhat tester, finishes up a day of hard work and sets off to his home in the paper world around him, as he travels, he makes various quips about having to jump across various platforms in order to reach his destination. As Ray wanders back home, the game cuts over to a pilot and his co-pilot in a cockpit, complaining about the rain and referencing that being made of paper, it probably wasn’t the best to be flying their paper plane under a rain cloud, therefore dropping their cargo as the paper melts. This fourth wall-breaking antics is an example of what keeps the game interesting; from start to finish players are constantly reminded that the game is self-aware, and rarely does its humour resort to pop culture or toilet humour to make the funnies. The pilot’s cargo hits Ray directly on the head, and that’s where the real fun begins. 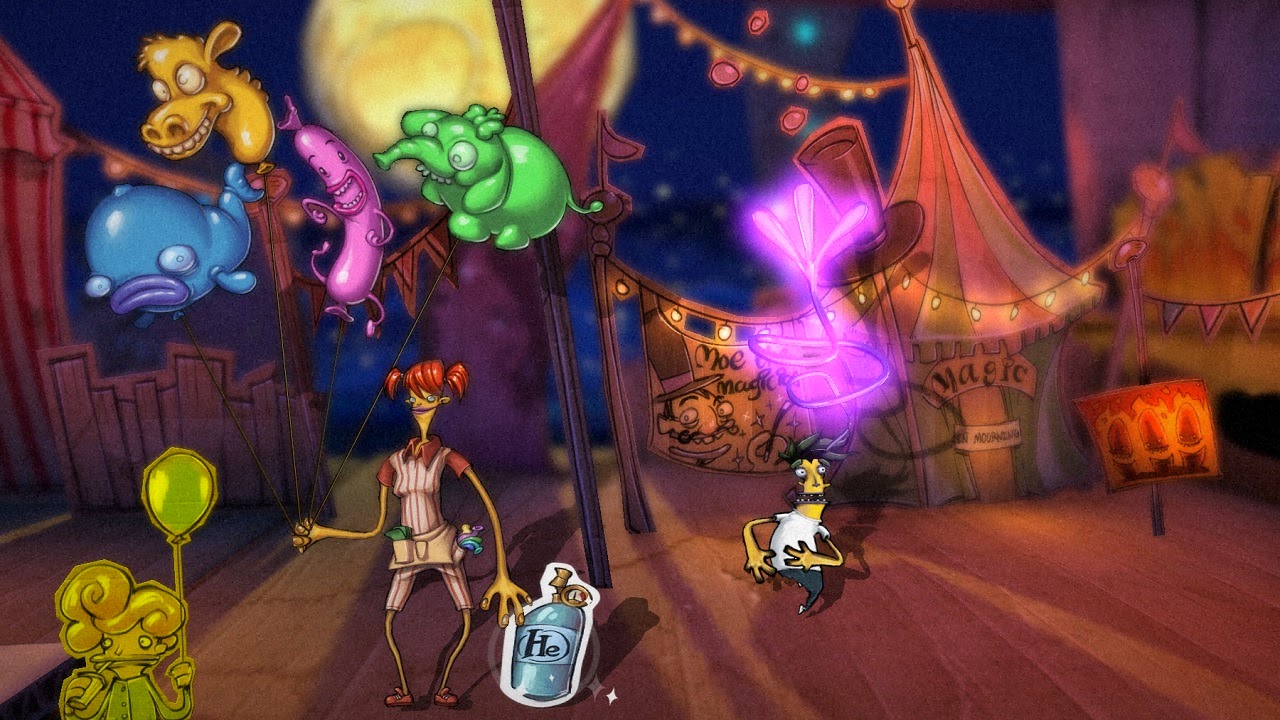 The cargo just so happens to be a top-secret container that gives Ray the power of telepathy through a “giant pink spaghetti arm” coming out of Ray’s head, that only he can see. The giant arm helps Ray traverse the landscape, read the minds of those around him and collect objects for use later on. From start to finish, the “giant pink spaghetti arm” mechanic never gets old, as reading the minds of animals, humans and ghosts alike are always worth the time and effort. The writers of Stick it to the Man! truly deserve full credit for making some incredible dialogue that goes on with the mind reading.

As far as the actual gameplay itself, the game does the job well, and the Wii U version has the added benefit of GamePad telepathy, where pointing the GamePad forward brings up any characters on the television onto the GamePad screen, and a simple movement of the GamePad allows you to easily read minds, complete with the thoughts of others coming directly from the GamePad’s speaker. It’s a nice feature, especially as occasionally trying to read minds with the right thumb stick becomes cumbersome with multiple people on the screen. When not reading minds, the GamePad acts as a map, and shows a quick summary of any points of interest in the current chapter. There is also the standard off-screen play if needed, which is nice. The Wii U Pro Controller is also compatible, but with the features of the GamePad, it’s not the ideal option. 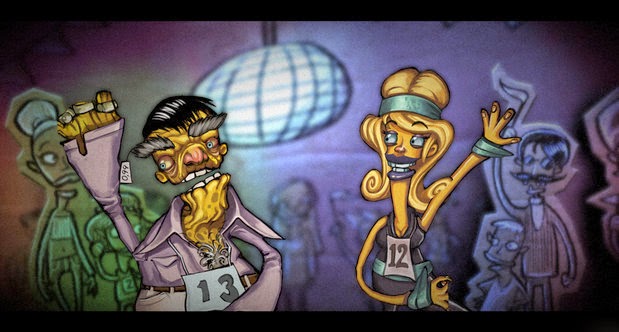 The chapters in the game (there are 10 overall) offer a nice variation of different settings, from Ray’s own mind in the tutorial chapter, to a dance contest, and a carnival to name a few. Each environment is fully fleshed out with great, surreal characters that keep their surroundings from feeling desolate. A particular favourite of mine was the three headed wrestler with tiny legs.

The only real drawback in Stick it to the Man! is that it takes less than five hours to complete, and this was with reading as many minds to experience as much side-story as I could. For an adventure game, it’s incredibly short, even shorter than The Cave. The replay value is almost non-existent as well, as once you’ve read everyone’s minds and completed the game, there is really not much else to entice a second playthrough.

Stick it to the Man! is a game anyone can enjoy. With an accessible framework and fantastic writing throughout the whole experience, it is certainly a unique title that most people should not miss. The Wii U version of Stick it to the Man! comes highly recommended over all other versions due to the added GamePad mechanics that make the game feel like a definitive version.

Following the Australian budget, opportunities will be thin, but perhaps we can make something of this mess