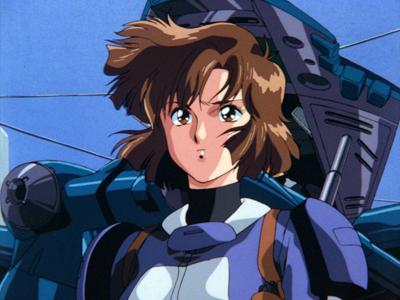 1987’s Bubblegum Crisis wasn’t much of a hit in Japan, but it developed quite the cult following across the pond in North America. Evidently there was a sufficient audience for it since a Bubblegum Crisis Kickstarter project was crowdfunded back in November of last year with heavy involvement from the fan community.

That fan involvement is far deeper than most Kickstarters, though; it’s to the point where the community is handling the use of half the budget and producing all sorts of extraneous content.
Despite there only being eight episodes in the short-lived series, the project promises that plenty of bonus material will be packed into the three 50GB Blu-Ray disks. The idea has been to maximise the quality of each episode with the best resolution and subtitles possible (in multiple languages, no less), then add loads of extraneous features. Every detail has been meticulously laid out, right down to the designs on the disks.
Both basic and premium bundles are available, which will run you $50 and $100 respectively. There are add-ons and upgrades, too, but they will naturally run you extra. Shipping outside of the United States will add further expenses, but international buyers can take solace in the fact that the disks are region-free.
Those interested in the series will want to act briskly, though. If you don’t pre-order your copy by June 1st, you’ll be missing out on the Ultimate Edition and its enhancements altogether.
You can order the show through its publisher, AnimEigo.
– Clark A.
Anime Editor
Email me at: clarka@digitallydownloaded.net
Share this

Review: Stick It To The Man! (Nintendo Wii U)