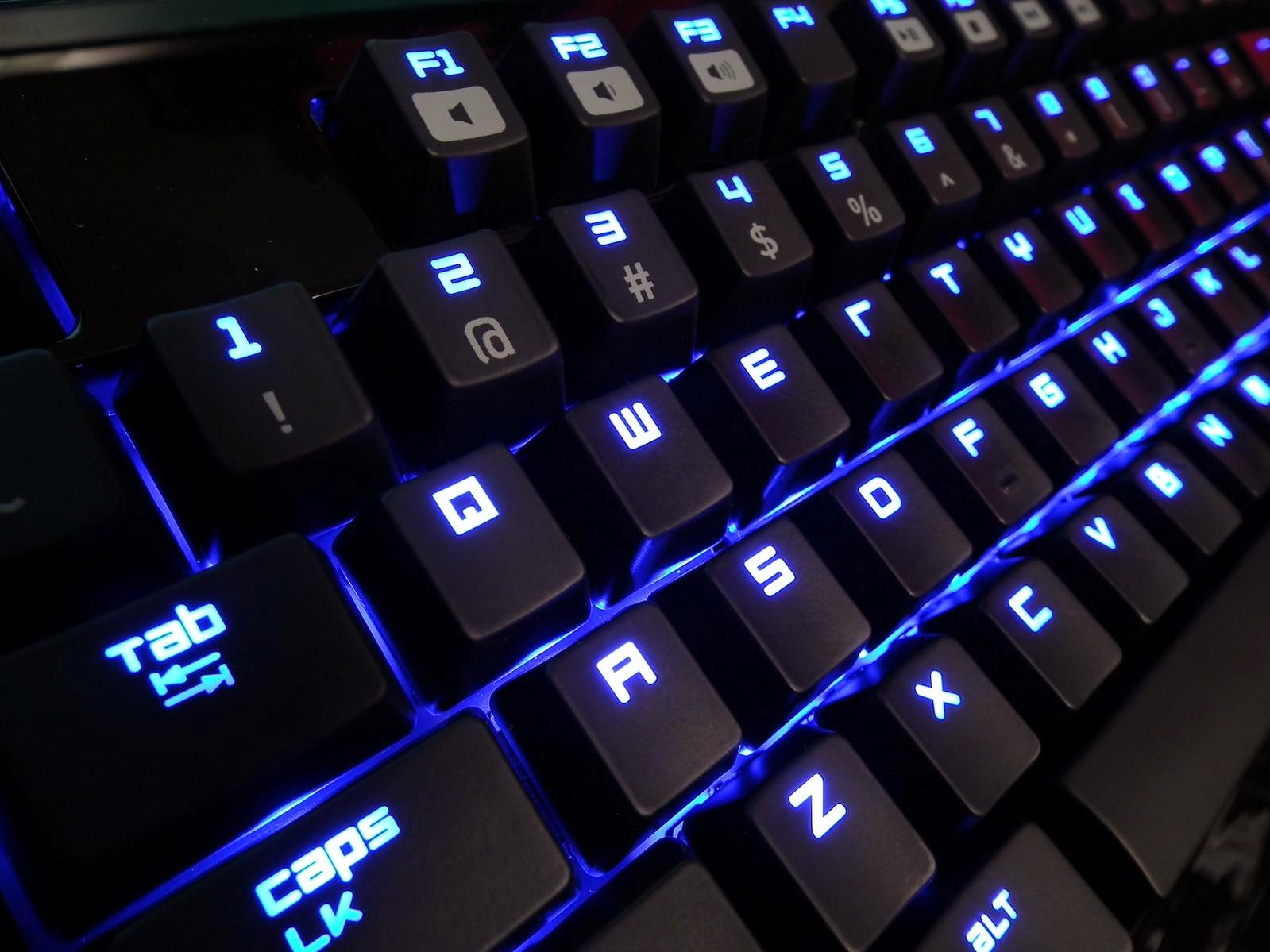 So many enthusiast keyboards deliberately aim for an aesthetic that tells people “I’m here for the hardcore gamer, so if you’re not one, go away.” Industrial metallic greys and a form factor designed to take as much space as possible combine to create something that by design is brazen.

Were it not for the distinctive logo and the fact that they keys are backlit by the kind of alien bright colours that could only possibly appeal to someone from the PC master race, I would not have pinned this keyboard as an enthusiast one. The edges are relatively soft, and the matte black construction is positively subtle. Even the backlight would be passable as a purely functional attempt to facilitate low-light typing.

In fact, if an organisation cared enough about the ergonomics of its equipment and well-being of the workers to purchase mechanical keyboards for them, I could see the BlackWidow finding its way into even the most sterile corporate offices. It would be an underuse of the keyboard as it is indeed designed for gaming rather than just Microsoft Word, but it has an understated appeal to it that immediately hooked me in as someone that doesn’t compete in e-Sports but rather uses his laptop for a variety of purposes.

As with all good mechanical keyboards, the BlackWidow is a joy on the fingers. It really cannot be overstated just how much it is worth the $200-$300 investment to pick a mechanical keyboard up if you spend a significant amount of time using computers – whether for gaming or for work. The loud “click” as a key is hit aside (because that would not be good for an office environment), these keyboards have a lower impact on the fingers or wrists than a standard keyboard or laptop offers. For an easy comparison, imagine playing a piano keyboard for a hour or so… and then try and do the same on a hard table. One is a pleasant experience, the other is painful. A mechanical keyboard is like a piano; supporting the fingers rather than punishing them. 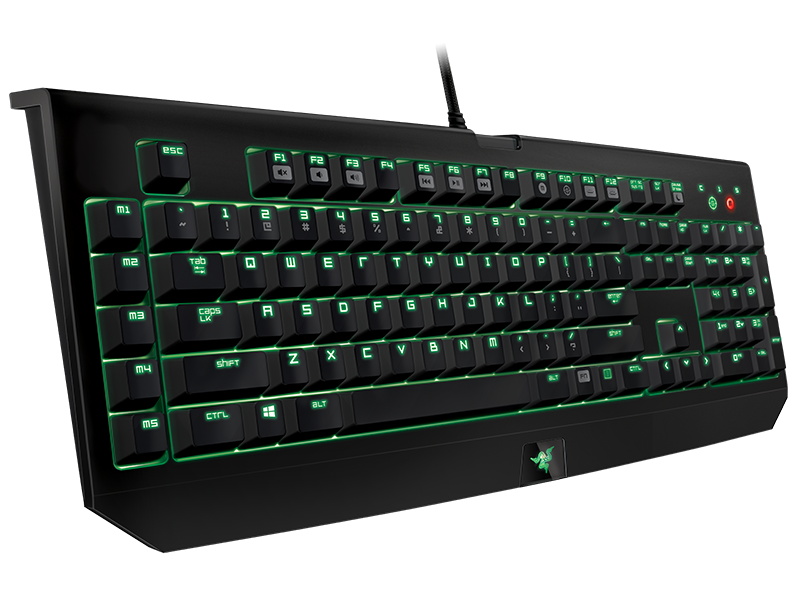 I did feel that there was a touch more resistance in they keys of the BlackWindow compared to my experience with the CM Storm (the keyboard I tested featured green key switches). This meant that my typing speed was a fraction of a fraction slower than it could have been, and the professional gamer will want to be aware of that. Razer claims that they keys activate before being fully depressed, and this is indeed true, but when I was both gaming and using the keyboard for typing my performance wasn’t improved by this mid-press activation. I used the keyboard as I would any other, and the extra resistance wasn’t offset by the mid-key press.

For everyone else, though, there will be fundamentally no difference in experience between the keys of the Black Widow, and another mechanical keyboard.

The keyboard’s features are minimalist, to say the least. There’s one USB port, and one port for headphones and one for a microphone. That’s it. Again, a professional gamer will want more than this, but a person looking for a quality keyboard for work and play will be catered for. There are programmable keys, as you’d expect for a serious keyboard, and the back light is nice and bright.

The keyboard is also nice and lightweight to carry around thanks to a sturdy, but plastic shell, and is sloped nicely to account for a range of different typing styles.

I wouldn’t say that this is the finest keyboard ever made if you’re looking to win a world championship in e-Sports. The keys do lack the slightest sensation of speed, and in a bid to minimise the form factor Razer have skimped a little on features. However, the slick aesthetics and the sheer usability of the keyboard outs it as one that deserves attention from a wide range of different kinds of computer users; this is one for anyone who needs a quality keyboard, butt just can’t bring themselves to purchase something that looks like it came from the 80s.

Want a copy of Strike Suit Zero? We have a contest!