Nintendo posts another big time loss as they announce their own riff on Skylanders, Techland’s Dying Light slips into 2015, and Activision merges Neversoft and Infinity Ward into one studio to rule them all.

For the third year in a row, Nintendo has posted up a loss of fairly large proportions. Namely, a figure in the hundreds of millions of dollars. The continued decline of the Wii U (did it ever really take off?), combined with some slowing 3DS sales have really done a number on the company and the fiscal situation hasn’t been all that bright for them.

With both Mario Kart 8 and Super Smash Bros on the horizon, things are definitely looking rosier for them in 2014, but whether those two games alone can stem the losses and start a turnaround remains to be seen. Iwata seems confident that better days are coming and Nintendo has even forecasted an upswing in their financial fortunes.

Still though, it’s a tough road to travel to get back to a place that the company has become accustomed to. That’s doubly true since the Xbox One has sold 5 million consoles and the PS4 has moved 7 million since only last November. And the Wii U? Try 2.72 million units sold. For the whole of 2013.

Possibly one of the titles that could help in a reversal of fortune, Nintendo has made official that they’re going after the toys-to-life genre made famous by games like Disney Infinity and Skylanders.

A Nintendo flavored toy line combined with accompanying games could be a cash cow and that’s just what the company and honcho Saturo Iwata  are looking for. Iwata says that they’ll be looking at a growing “platform” with the toy series that’ll be usable across multiple titles and across multiple game systems.

He and the publisher are likewise pretty happy about the thought of toys hanging next to the games and consoles that they already have available in stores. It could be a huge hit and, as you read above, they kind of need it (or something else as yet unannounced) to be one.

Read on for more on the oncoming toy-war in the games aisle. 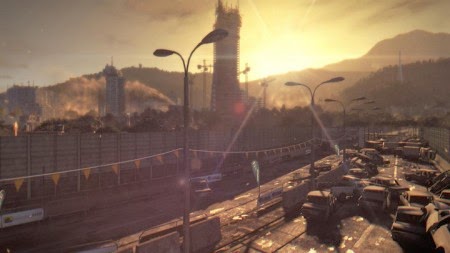 One of the more interesting ‘zombie’ games to happen along in the last few years, Techland’s Dying Light has officially been shoved into 2015.

The game features an open world like the developer’s Dead Island games, but also a completely different aesthetic, a day/night cycle that matters since the beasts get stronger at night, and an almost free-running mechanic. In fact, Techland says that freedom of movement is a huge part of the game itself.

Turns out though, that the apocalypse isn’t such an easy thing to make into a game, even for a company that’s basically made a collective library of them. Techland and the Dying Light team say that more time is needed for the game to be what they want it to be.

Click through the link for a special letter written by the team for gamers, explaining the situation.

Infinity Ward And Neversoft To Merge

Regardless of how you feel about the Call of Duty series and Activision, this is pretty big news in terms of the industry on the whole. The publisher, on of the very biggest in gaming, has merged Neversoft with Infinity Ward.

You might remember Neversoft from games like Guitar Hero and the Tony Hawk series, but they actually did work on the last Call of Duty title as well; Call of Duty: Ghosts. So they’ve got the chops for the FPS series du’jour and the team even worked with Infinity Ward on that very game, so they also more than likely know their way around the team.

Now, the Infinity Ward name will still stand (obviously), so that means that it’s bye bye Neversoft, as the tag is being retired. Activision hopes to make a ‘super-studio’ with the move, though they’ve already lost two key members of the Neversoft team as they’ve officially retired from making games with the announcement. It’s unknown as of now whether their leaving the company had anything to do with the merger.

Read on for more.