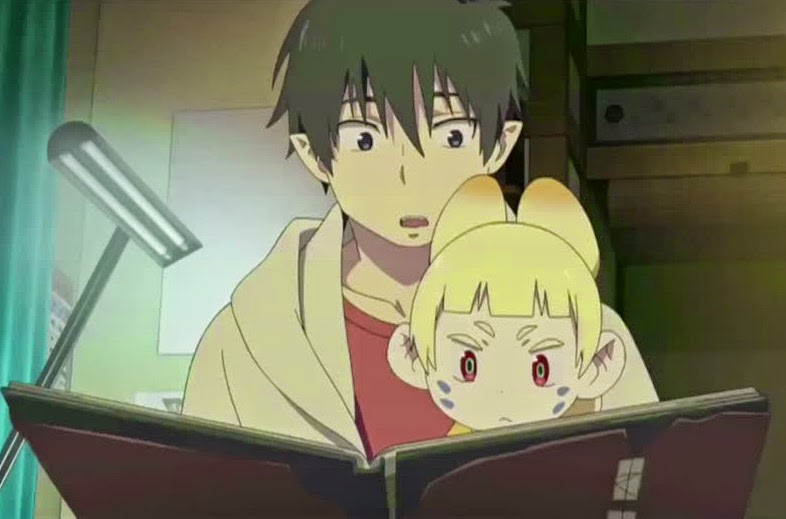 Prior to watching this 90-minute self contained episode of Blue Exorcist, I had no idea what the series was about. After watching the “movie” I’ve become a fan.

There are several very good reasons why an anime series might be well served with a movie-length special; for a series that is thematically rich, which Blue Exorcist is, it gives the writers a chance to explore the themes in greater depth without having to manage the bite-sized consequences of working to an episodic format. The ability to sustain a single plot arc without breaks also allows the writers to create more interesting characters.

And so, Blue Exorcist, after a brief introduction, introduces us to a couple of heroes who are working on exorcising a phantom train. Things go wrong, and the train escapes and causes a mass of destruction. In the wake of that destruction the heroes discover a child-like demon, which they are left to watch. 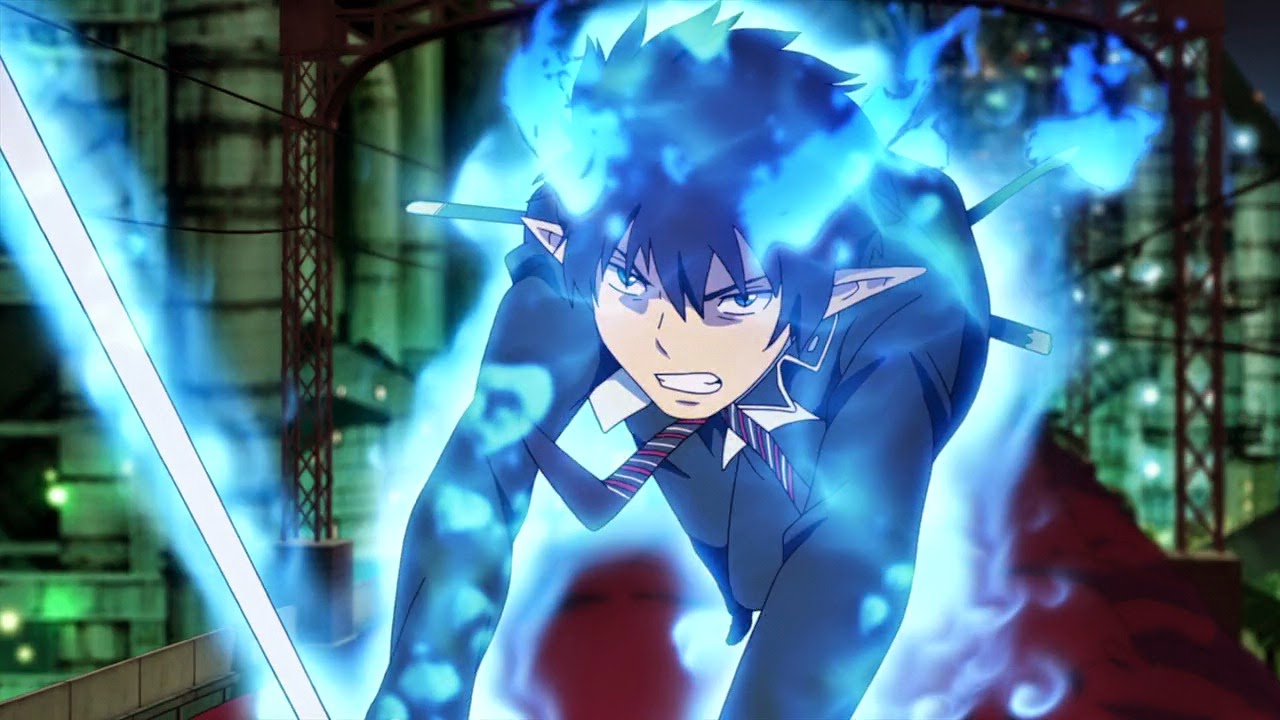 There is more to the demon than we initially think, of course, and the relationship between the innocent demon and the heroes becomes the focus for the movie from that point onwards. This is a story about innocence and morality, and in fact the show goes to great lengths to highlight that morality is relative and an innocent desire to do good and lead someone to be labelled an inhuman monster.

Blue Exorcist is framed within a world where there is absolute evil (the phantom train being an example), but in other situations it’s a tale about how certain people simply cannot co-exist in harmony, without either group truly being a villain. It’s a very Japanese theme from a country that to this day encourages a degree of isolationist attitudes within its people, not because they hate outsiders, but simply for the sake of harmony within its society. It’s not a theme that I personally identify with, but it’s well told here, and manages to be just emotionally loaded enough for viewers to care about what’s going on. 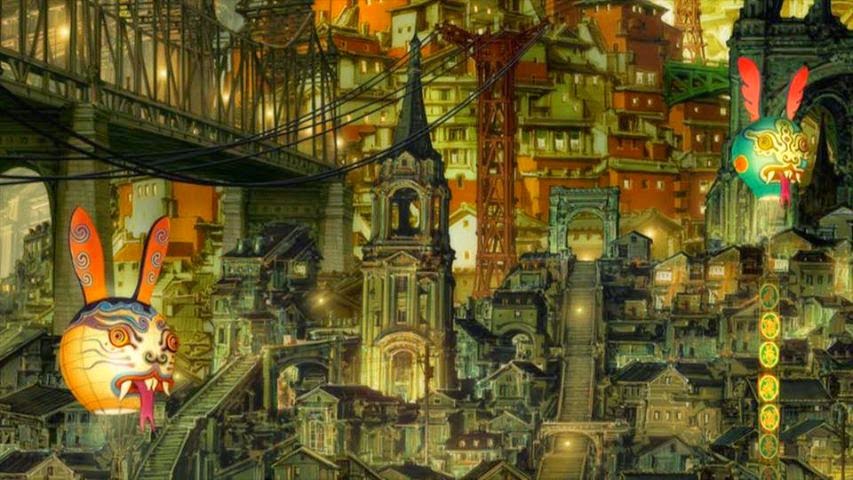 The actual art of Blue Exorcist is also gorgeous, with cityscapes being a delightful mix of traditional and new, and character designs being cleanly drawn and slickly animated. The narrative themes that focus on contrast and finding the grey middle between light and dark are reflected by the anime’s art, which always manages to mix darkness, and even horror, with a serene kind of city that would be a desirable place to live. The real monsters in Blue Exorcist symbolise criminality in modern society; a destructive disruption to the people’s day-to-day lives, and they’re suitably ugly.

What concerns me somewhat is how well this movie will translate for people with minimal understanding or exposure to Japanese thinking. The narrative itself is quite simple without a deeper understanding on how it relates to Japanese culture; certainly too simple to justify a film length block of time. Then again, if you’re not familiar with Japanese culture you’re not likely to look at anime beyond Studio Ghibli, so it’s a rather moot point.

Blue Exorcist: The Movie is a convincing, compelling anime. It is, in fact, a good place to start if you haven’t yet had any exposure to the Blue Exorcist franchise, and if you’re anything like me, watching this movie may well be another gateway drug to another favourite anime.

You can buy this DVD through Madman