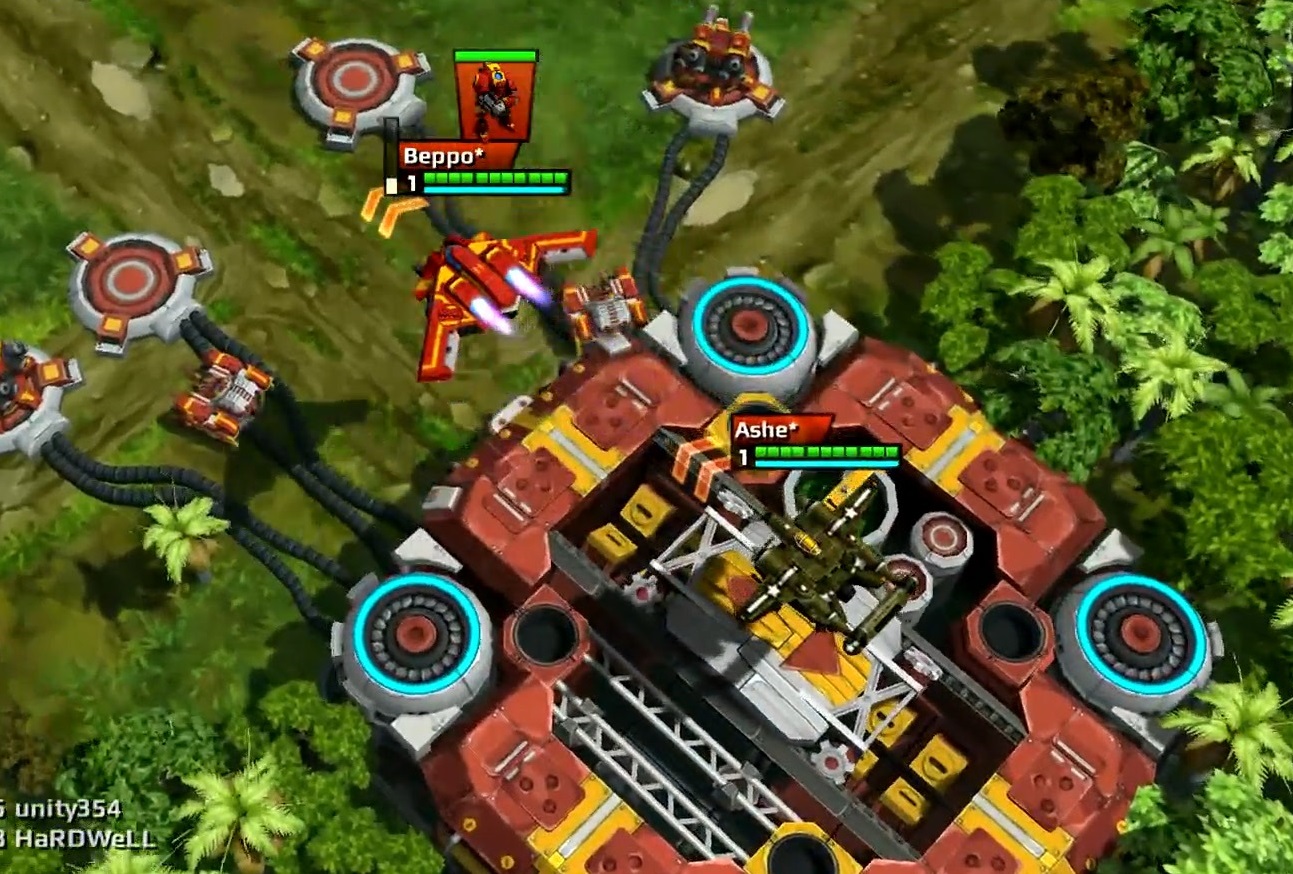 It’s amazing the longevity that the Xbox 360 and PlayStation 3 are showing. Even despite the existence of new consoles, both “obsolete” consoles continue to receive game announcements that are, if anything, more exciting than the next-gen stuff.

Ubisoft today announced that it would publish a free-to-play action RTS, AirMech Arena, on the Xbox 360 later this year. Containing what looks more like MOBA than a traditional RTS, the game features a single player game, as well as a 3 vs. 3 competitive multiplayer mode.

Coming to us from from indie developer, Carbon Games, we’re also being promised plenty of long-term value in investing in the game, with units, maps and events.

The scenario for the game, according to the press release: In a war-torn future, powerful weapons known as AirMechs dominate the battlefields in the fight for scarce resources. Players command giant transforming robots and capture and protect bases while building colossal armies to fight waves of enemies. As gamers conquer fortresses, they unlock powerful units, pilots, items and AirMechs, and can customise their armies to fit their personal gameplay preferences.

As you can see from the trailer below, it’s a good looking game that looks both fast paced and features plenty of explosions and excitement.