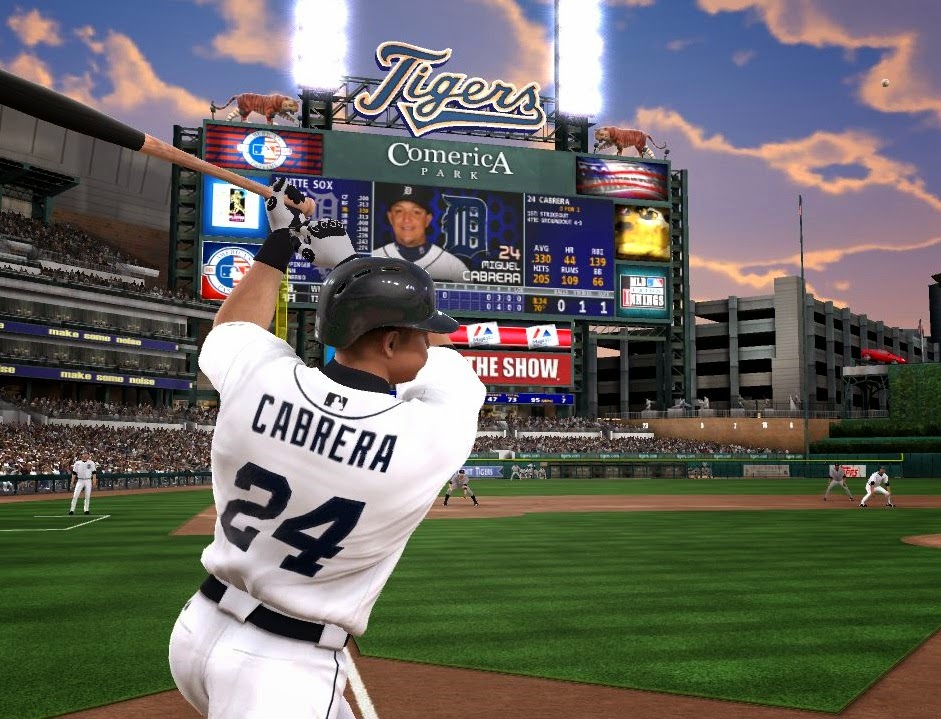 Of the “great American sports,” I appreciate Ice Hockey and Baseball the most. I like Ice Hockey because it’s a sport of sheer speed and aggression. Seeing a great play executed is a demonstration pure skill; it’s a sport that features speed, grace, elegance, and strength. Ice Hockey athletes are the real deal.

I like baseball because it’s a simplified game of cricket, and man I love cricket.

Before the baseball fans come and lynch me, allow me to explain why I call baseball more simple than cricket. In baseball, the game plays out in a diamond; in terms of geometry it means the game plays out in a space that accounts for about a quarter of a full oval cricket field. Field positions and so on are largely set in baseball, whereas in cricket the captain needs to carefully consider where to place his fielders around the field, because it’s simply impossible to create a field that can cover every possible place to hit the ball, and the captain then needs to constantly change the field up as the game progresses to cover gaps in the field or better assist the specific bowler currently with the ball.

There’s also the fact that a cricket ball bounces before it reaches the player also adds more complex physics into the action. Just as in baseball a cricket ball can turn through the air, and a good bowler can recreate the same flight through the air that a baseball pitcher can. In addition, though, the ball can move based on how it lands on the ground when it bounces, making life even more difficult for the batter. Finally, in baseball a batter only needs to worry about the ball in a small imaginary square (anything outside of it is a “ball”), in cricket bowlers have a much larger area to work with. 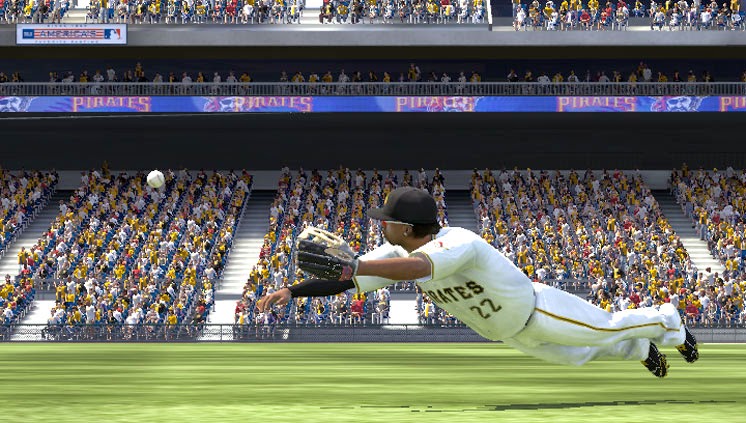 It’s also worth noting that a baseball match is over in a couple of hours. That is the equivalent of the least (T20) form of cricket. One other form of cricket, the one-day match, is a full day’s play, while the other, the test match, is a five day game. Baseball doesn’t require the sheer endurance of cricket from its players, in other words.

So, baseball is a “softer” version of cricket. But it’s a brilliant, exciting sport nonetheless, and its relative simplicity makes it far easier to make a compelling video game. There’s only one major publisher producing baseball games now that 2K has dropped out of the race, but Sony’s MLB: The Show 14 is an excellent rendition of the sport nonetheless.

On the Vita, you get the standard modes to all major sports games now; there’s the free play mode, where players grab any team from the three main leagues in American baseball, and play against any other one. There’s a career mode for a single player. There’s the full franchise mode where players need to manage contracts and find new talent. It’s nothing as complex as the Football Manager games, but it gets the job done. Finally there’s the regular championship mode for people that don’t really want to get into the franchise management. 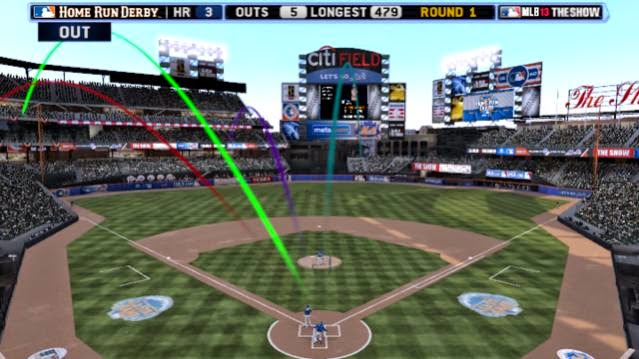 There’s going to be enough in here to satisfy baseball fans, but it does lack the sheer wealth of modes that some other publishers from some other sports games drop into their titles now. EA has that superb “card game” mode in its FIFA games. Even Don Bradman cricket has the ability to create entire teams and upload them to share with friends. On the other hand, in Sony’s defence, there’s something to be said about executing on a few good ideas rather than a million bad ones, and the execution of MLB is in its on-field experience. Here, Sony has nailed the baseball experience.

The main challenge that baseball games face is in giving players enough visual feedback to properly learn a sense of timing about when to tell the batter to swing. With games being 2D in effect, the lack of depth perception can make it difficult for developers to provide an adequate sense of depth and speed to give players half a chance to get genuinely good at the precise timing that a real game of baseball demands. MLB does feel natural on the Vita, and after a few games I started to understand instinctively when I mishit (or simply missed) a shot precisely why I missed it.

Baseball is of course a game of mind games between pitcher and batter, and MLB also does a good job of encapsulating that as well. Pitchers get to pick between a range of different pitches to make (and the AI naturally won’t let you know which is is), and then batters can “guess” which direction the ball is going to come from. At its best, there are tense moments when a single missed guess can be the difference between the winning run, and extra innings. At other times it can feel like a lottery guess can be the difference between success and failure. 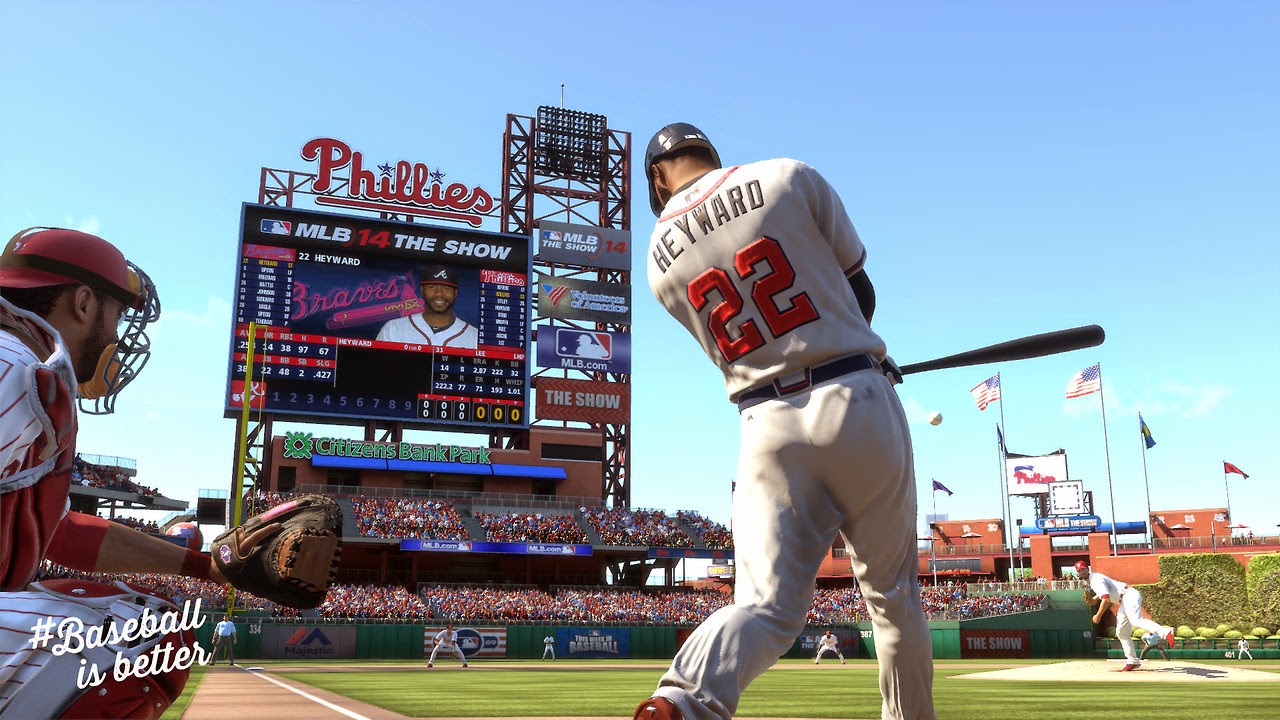 But then I can’t think of a better way of recreating the actual game of baseball – and that in itself can feel like guesswork at times.

So let’s move on to more material issues that hold MLB on PlayStation Vita out of the big leagues. The first issue is the visual presentation. The menus are nice enough, but the on-field characters are quite ugly on the Vita, and the animations look fairly cheap. I’ve seen the console push out far better, and while there is quite a lot moving around at once in a baseball game, I’m not sure that explains how B-grade this game’s presentation is. I know the Vita can play sports games well – EA’s FIFA on Vita isn’t up to the same standard as the console games, but it’s not as far back as this – so I don’t know why the Vita version of this game needs to take such a dramatic hit.

There’s also some odd moments on the field. Players go through some unrealistically slow animations when throwing the ball around, and I’ve had more than one game stolen away from me unfairly because my team simply isn’t responsive enough to my commands. At first I thought that was because I was playing as the Twins, which are not one of the greatest teams out there, but no, it’s the same for every team. 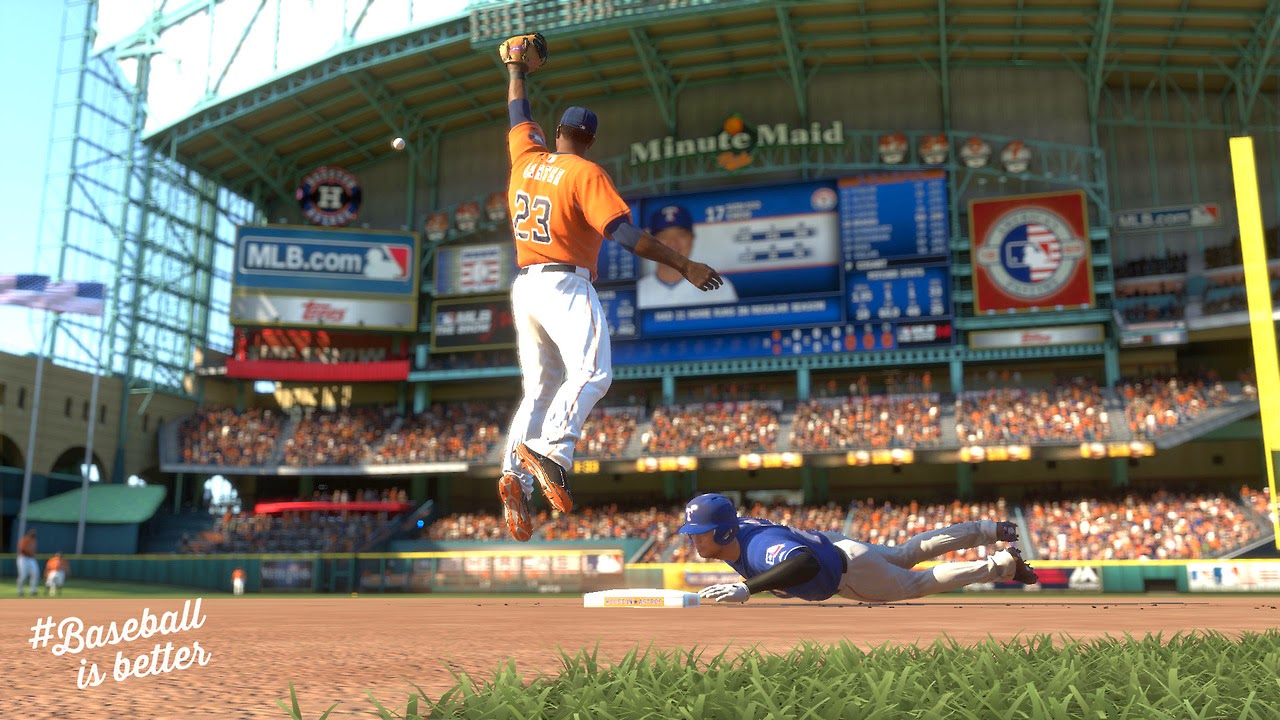 These are minor gripes, but I am a little disappointed that a sports title built largely for the American and Japanese audience (and thus the largest two markets for games) feels like it has the same budgetary constraints as a cricket game, made for an audience a fraction the size. I was hoping for international teams and leagues and the kind of slick on-field action that we’ve become accustomed to in the other American sports games, but there wasn’t any of that in MLB: The Show. I can appreciate that it is called “MLB,” but the absence of baseball teams from Japan, Cuba, and even Australia makes the experience feel limited when compared to the sports games that do include international teams and leagues. The only American sport that has any right to be limited solely to the American league is gridiron, and that’s only because literally no one else in the world plays the sport.

I’m still keen to see how MLB shapes up on the PlayStation 4, because the groundwork and core mechanics in the Vita game promise something truly special. Taken in isolation, though, the Vita version of this game is only the slightest touch beneath greatness, but there’s a lot of competition out there for sports games, and being “portable” is not really an adequate excuse any longer for being significantly inferior to the home console version. Especially for a game that is as relatively simple as baseball.