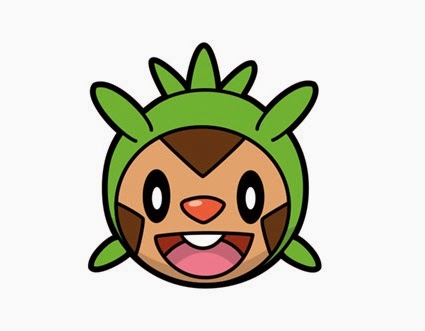 Pokémon Link: Battle! is a cheap mobile game with some nice presentation and the Pokémon license. I know that Nintendo fans hate the very idea that the company should be producing mobile games, but it’s utter nonsense to think that this particular game is anything but one of those $0.99 or freemium mobile game that plague mobile app stores. Clearly, the company is not opposed to such games at all.

So Pokémon: Link Battle! is a match-3 game. Instead of candy, like in Candy Crush Saga, and instead of gemstones in Bejewelled, in Pokémon: Link Battle! players are matching up Pokémon faces. There’s a lot of these faces in the game – over 700, in fact, because every pokémon is represented, and that is a nice presentation touch for fans. The other major feature of the game is that you’re able to swap icons from anywhere in the board. Traditionally for match-3 games you can only swap icons that are adjacent to one another, but here that restriction is removed entirely.

The goal is to set up large chains and “frenzies” to clear the screen, which are then converted into points. Those points are then converted into damage to enemy pokémon. Knock one out and you will “capture it,” which is a hopelessly contrived way of trying to shove a “catch ’em all” theme into the game, when really all you’ve done is complete the stage, but with each new level having more pokémon to catch, I’m sure there are some folks out there that will be too addicted to the process of collecting the critters to care about its contrivance. 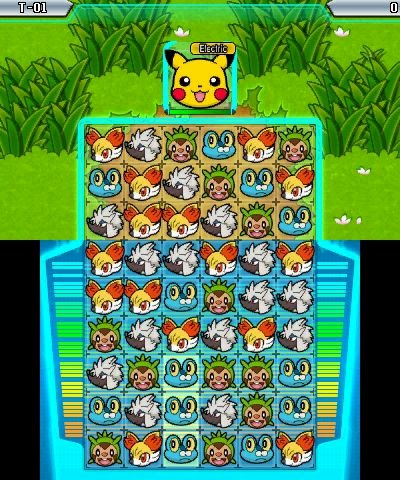 Perform well at a level and you’ll get a chance to catch a rare pokémon, but given that Link Battle doesn’t have online play or leaderboards, it’s only a personal sense of accomplisment that will drive people to complete the pokédex. Really, this is the kind of game that needed some form of online function to succeed. The reason that both Bejewelled and Candy Crush have been so successful over the years is because they have had players playing against one another. It feels like a huge regression to go back to a match-3 puzzle game without that social element.

Levels are broken up into short stages, each with a range of pokémon to “fight”. At first the enemy pokémon simply sit there and occasionally do an “attack,” which will damage you in another contrived way to visualise a timer counting down (should your “life” hit zero it’s game over), but later stages introduce pokémon with special abilities that hamper your ability to create effective chains. 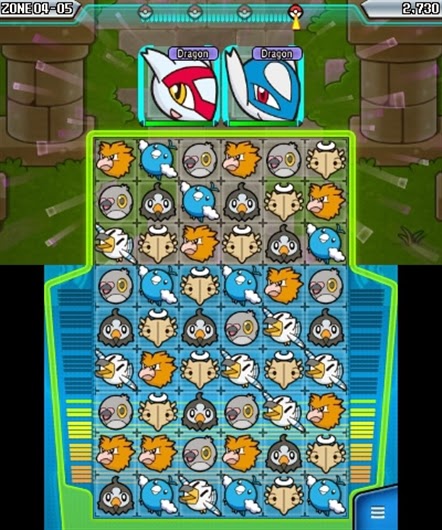 It’s these later levels that provide the best experience that Pokémon Link: Battle! is able to offer, with a surprisingly stiff difficulty curve that makes getting good scores in those later levels a genuine challenge. There’s even an element of strategy involved, as each level has pokémon that have weaknesses to other pokémon based on elemental attributes – just as in the real game – and it’s possible to take one of the pokémon that you had captured into the level, and the critter will appear as one of the tiles that can be matched. Match these pokémon up and the enemy will take additional damage.

Levels otherwise flit by quickly, with a bright and cheerful presentation that never quite breaks out from the mobile game mould. At roughly ten times the price that these kinds of games usually ask over in the mobile world, it’s difficult to see where the developers have justified the premium price, because what we have with Pokémon Link: Battle is a nice, but ultimately unremarkable match-3 game with much less content (yes, even with 700 critters to catch) than its immediate rivals.

Dark Souls 2 was cool and all, but what about a new King’s Field now?