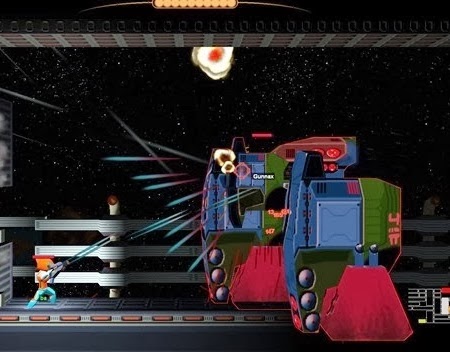 “Aliens have invaded Earth to strip the planet of its resources, to save their own dying planet. As in all classic shoot ’em ups, only you can save the day – now there’s a surprise!”

Humanity Asset is the latest in the many Metroidvanias that we have been graced by in the past two years. The game is separated into two main parts. The pre-missions ask players to listen in to characters and slowly gain a better understanding as to what is going on in the narrative. The missions then are action-packed and involve running, jumping, shooting and sliding. Old school, Mega Man style.

These two portions unfortunately don’t always blend seamlessly however. In some instances there are long hallways that you have to just run through with no obstacles and wade through people saying things to each other or to you. This stuff drags. The game really feels like it is getting going only when you get into the mission stages. The environments are large, and there are usually several ways around getting from point A to point B. Are you better at jumping? Do so. Do you prefer sliding underneath everything? Go for it. Each stage feels like a complete environment and not just copy and pasted blocks moving from section to section and is a real highlight of the game.

Your adventure starts off on some sort of space station and as you walk over to the shuttles to bring you down to the Earth surface, where you will gather little pieces of information on what is going on, and one thing is quickly made clear; a species called the Siend have come to Earth and they have brought war with them. There happens to be one little detail that you don’t figure out until you’re trudging through broken buildings of a metropolis… you’re not actually a human. So why are you fighting this war? 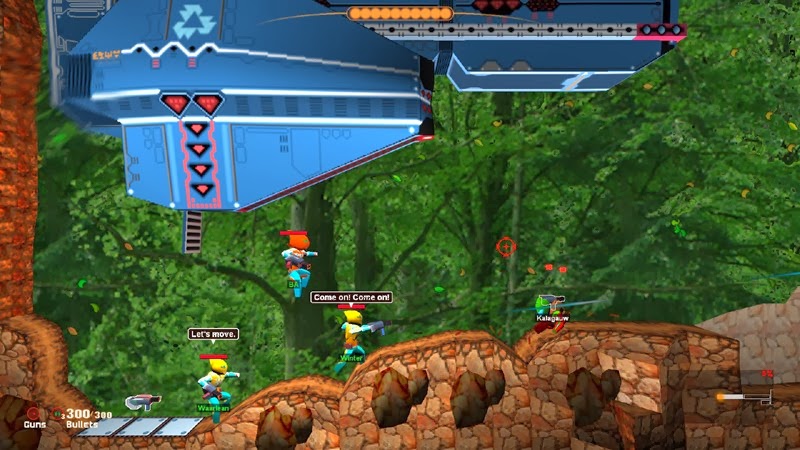 Humanity Asset’s story starts off… confusing, to say the least. At first glance it looks like you are wearing a power armour suit when you go down to the blasted Earth surface to look for the missing scientists which include your brother. Moving from the mountains to the camp that is now empty you eventually find yourself in a city, where the alien soldiers are fighting with humans and then they both start shooting at you as well as each other. Up to now things make sense. Aliens have invaded. Check. Human military has launched its counteroffensive. Check. Then you meet up with a scientist that tells you not to shoot. He’s not a soldier. Your response? “You know my language?” Things still make sense? Nope.

So then. If you’re an alien, and the other aliens are shooting at you, and the humans are shooting at you, then what are you doing here? After leaving the city and moving on to a very nice change of pace stealth mission, you finally meet up with your brother who was with the human military and the questions are answered and then the real story of the game begins. Turns out your species (the Mirin) was there first and were helping out with some research and cultural exchanges. Then the Siend invaded and everything went to hell. Your brother tells you that he needs three days to complete his research. So you head out to give him the time he needs.

The story takes far too long to start making sense and as enjoyable as the gameplay is, the game isn’t as fun as it should be because, for a good while, nothing makes sense.

Humanity Asset’s gameplay feels fluid and retro at the same time. There are quite a few definite throwbacks to the older era where jumping puzzles require expert timing and it would be impossible to progress until that difficult jump is mastered. Shooting enemies and destroyable blocks can be done in a 360 degree manner regardless of the direction you are facing which can make running through some rooms a little bit easier since you can essentially shoot over your shoulder. There are a variety of weapons available either lying around waiting for you or from dispatched enemies. Upgrades can be acquired by going through the weapons equipment screen and taking pieces to put into others or upgrading the current one to cause more damage. This was fun to have because if you liked a specific weapon you could upgrade it to do more damage as well as keep ammunition reserves. 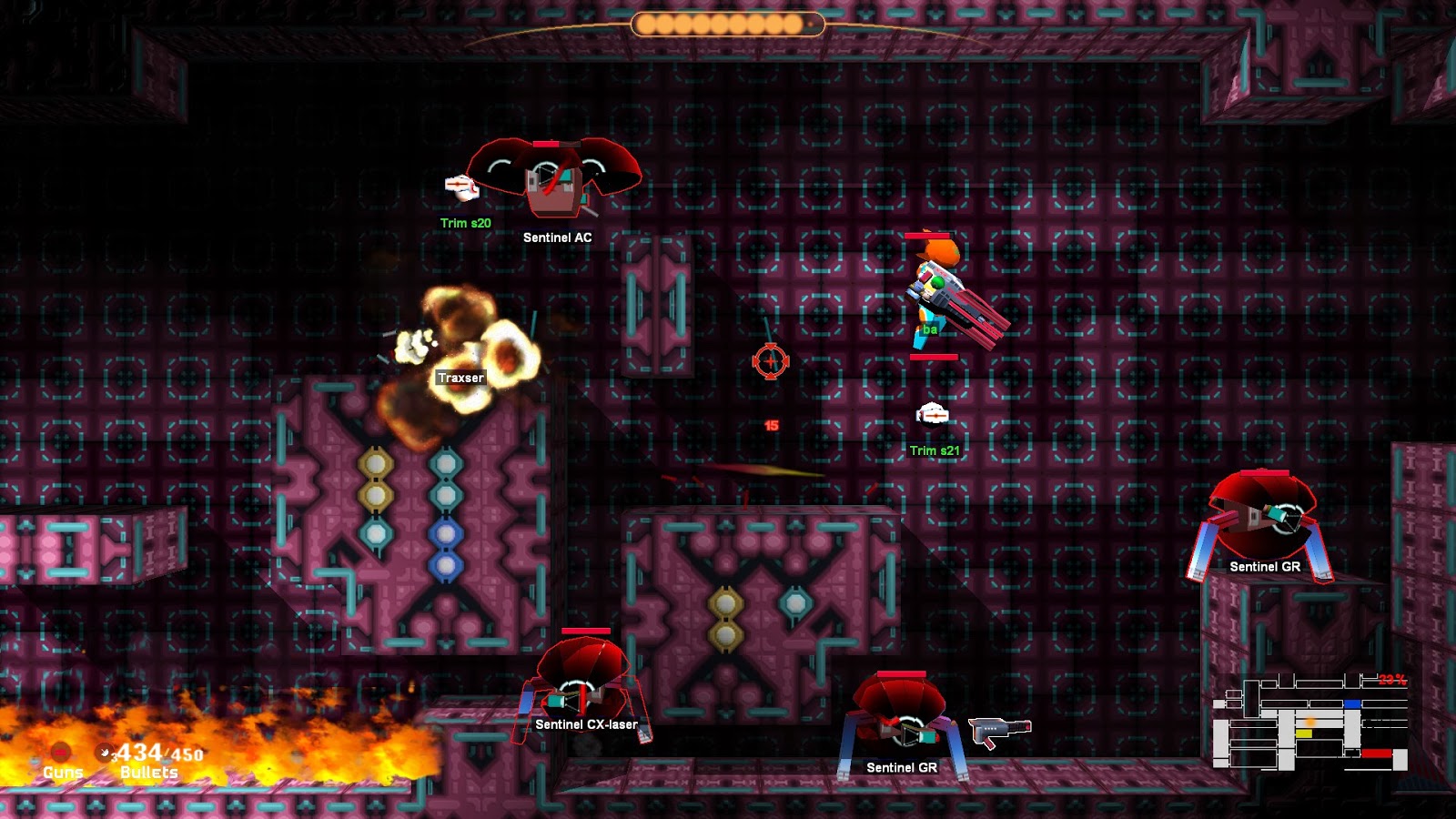 Combat always feels fun and even if I saw the game over screen a few times it never felt frustrating. It just meant that you would need to go back to where you entered that segment of the area and adjust your plan of attack. The game also has a modern approach to health regeneration to help people work through the heavier combat sections; as long as you could find a place to duck under cover for a few seconds you could be back up to 100 per cent health in no time. Never having to worry about a health pack was a great step away from the retro aesthetic.

As confusing as the story was the game’s real flaws are its technical issues. The first is while running Windows 8 the game was barely able to run, or if I could get it to run, it didn’t last very long before crashing and actually having to log out of the Windows account itself to regain control of anything. Things were much more stable on Windows 7 side of things. The second issue was that the game closed itself when adjusting the resolution and that when you re-opened it you had re-select full screen because it would set itself over to windowed. Lastly if your mouse moved too close to the edge of your monitor and you clicked to fire, it would window your screen and essentially crash the game as you could still hear the audio but no longer see any of the video.

These issues aside, and despite the confusing story, Humanity Asset is a lot of fun. Hardly game of the year material, but it is easy to lose a few hours in a row to it as you blitz your way through the enemies battlefields.