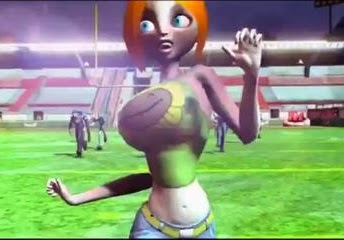 I have played a lot of weird games over the years; after all I like JRPGs and games don’t get weirder than those. And yet despite all that experience this is the first time that I find myself wondering: “Is this game weird… Or not?”

Zombeer is a game about alcohol and zombies. You wake up after one hell of a night of drinking just to find out that you’ve been bitten! Oh no. What do I do? What do I do!? I drink alcohol! Zombeer in particular prevents zombification. Alcohol truly is your best friend in this game… and in real life too, while I’m thinking about it.

Zombeer the game, however, is a game that has a lot of potential to be the same kind of silly Z-grade horror exploitation that was so weirdly popular in cinema back in the day, but sadly never quite seems to make it.

The first few minutes started off with a real bang, with a series of homages to some of the best games we’ve ever seen. Players jumping into a Mario Brothers-style pipe, and walk through a tunnel that looks a bit like Minecraft while picking up coins. But then the game doesn’t go anywhere. You land into the game’s “real” environment – a campus – and all sense of style just disappears. Aside from the odd moment, such as a zombie in carbonite, these moments of inspiration get fewer as the game pushes on. 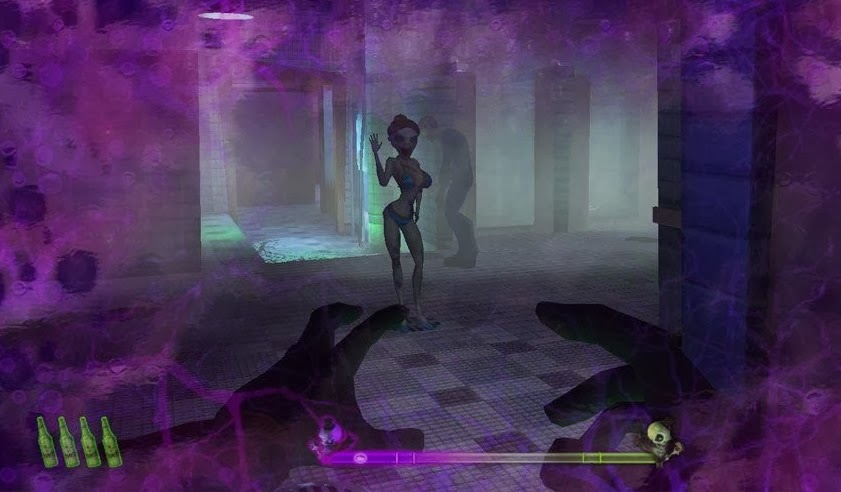 Other than the opening scene there is barely any dialogue. I know by B-grade horror movies and games, and Zombeer’s concept opened up all kinds of opportunities for awesome one liners, but over and over again the game misses the opportunity for comedy gold. The developers never really take the time to flesh out a story within the game, and those cutscenes that do get the most attention feel long thanks to a weak concept (your girlfriend was bitten by your nemesis zombie).

The gameplay itself doesn’t hold up well either. I’m not sure if the sluggish movement was a deliberate abstraction to reflect the fact the hero needs to stay in a state of close drunkenness to stay alive or if the coding was simply poorly optimised. Even when “sprinting” everything feels like it’s moving through water.

The game’s sole point of difference – the fact that you need to keep drinking alcohol in order to stay alive feels more like a burden than anything amusing. The meter drops way too fast and when the waves of enemies come on thick and fast the enemies become a distraction that can get you killed because you didn’t find a new drink quickly enough. Finding the beer to keep yourself from turning into a zombie is never really an issue, it’s just how often you need to drink it that becomes an issue in the more hectic moments, but running around finding alcohol or looking for the next alcohol source isn’t the finest example of compelling gameplay. 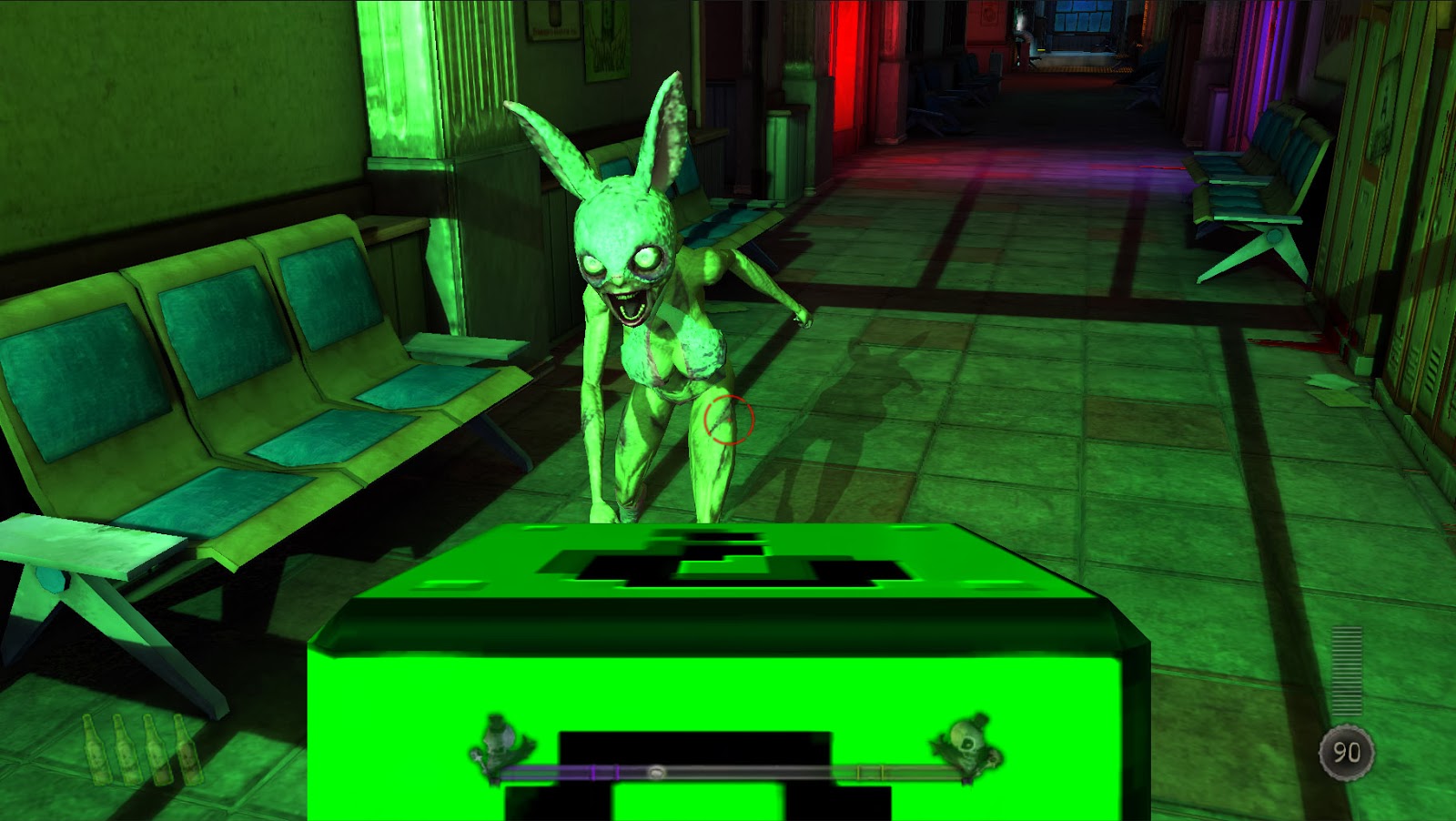 The’re also this weird quick in the game that means it’s difficult to pick up stuff. There’s some beer or ammo sitting on the floor and at times I needed to perform an elaborate dance in order for the game to recognise that I wanted to pick the objects up.

That in itself would be a mere irritation, but then the quirky hit recognition system plays through into the guns as well. Every time you take aim, there was a 50/50 chance on whether you would hit the target or not. In regards to hitting the target being the luck of the draw, the same also applied to the amount of damage that a zombie would take. Hitting a zombie in the head with a melee attack could put it to its eternal rest just as you could shoot it five times with your finest gun. That kind of inconsistency isn’t just frustrating – it’s genuinely detrimental to the game.

Overall Zombeer has the potential to be much much better if the mechanics can be fine tweaked in a patch to make things smoother. The lack of story in a first person shooter isn’t the end of the world, zombie apocalypse or not, but how well you can move through the apocalypse could well be.

The Interactive Canvas new interview announcement: the guy that made Paper Sorcerer