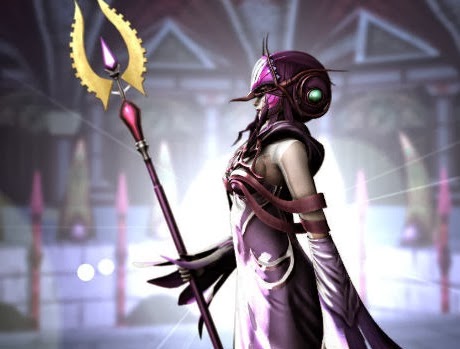 What happens when you mix Castlevania and Prince of Persia: The Sands of Time? You get AeternoBlade.

AeternoBlade is a 2D action platformer where you play as Freyja, a young woman whose village was destroyed by Beladim, the Dark Lord of Mist. If that doesn’t give you the hint that this is a horribly generic tale, then I’ll make it clear; this is the tale is your typical revenge story with predictable twists.

But then no one was probably going in expecting a spectacular narrative. They will come for the action, and the action starts off slow as you only have a handful of different attacks to execute, but as you progress you can purchase more skills, and the game’s combat depth starts to become evident. Through playing, you will find relics hidden in a level or dropped by defeated enemies. These relics can be attached to the AeternoBlade to add stats to your character. In the beginning, you can only attach one relic on your sword, but by the end of the game you’ll have three slots for relics.

Eventually you learn that AeternoBlade can also bend time, which is a helpful game mechanic that allows you to rewind time should you die, though there is a cost that minimises how often you can do this. This has other applications as well, such as being able to avoid a boss’ more powerful attacks. The last time-bending skill you earn is a teleportation ability. This is leveraged in many of the game’s puzzles. The puzzles present a decent challenge by forcing you to figure out what time skill is best for the situation. The boss fights can also present a decent challenge. The game also has a nice adaptive feature where if you are killed multiple times the game will ask if you would like it to lower the difficulty of the boss. This can come in handy since there is no difficulty setting in the game options itself. 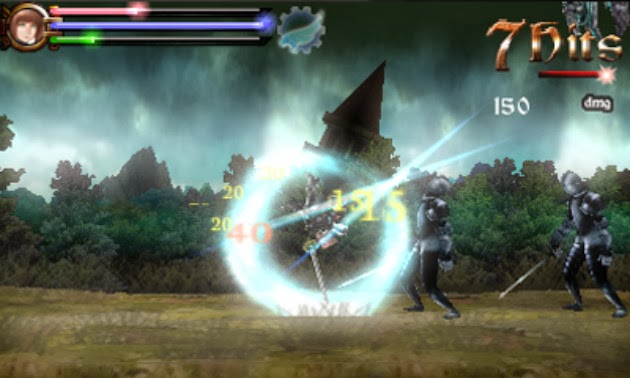 Now for a critical bug warning; I made it to a boss and beat him, but I had forgotten to get an item you need to properly defeat him. The game notes this and I zipped off to the level where the requisite item was located. However, I reached this destination to find the item that was already in my possession. So I went to all the other check points that I could and none of them worked – effectively making me stuck on this level with no way off it. To continue I needed to restart the whole game over. This is a big glitch that should have been ironed out already, but if you grab the item while on your journey you should bypass the bug without any problem.

Overall this is a decent game with a deep combat system and some replay value if you want to explore the levels fully and find every hidden item. A weak story with a nasty potential glitch keep this game from being as good as it could have been. Fans of classic Castlevania games should especially enjoy this experience.