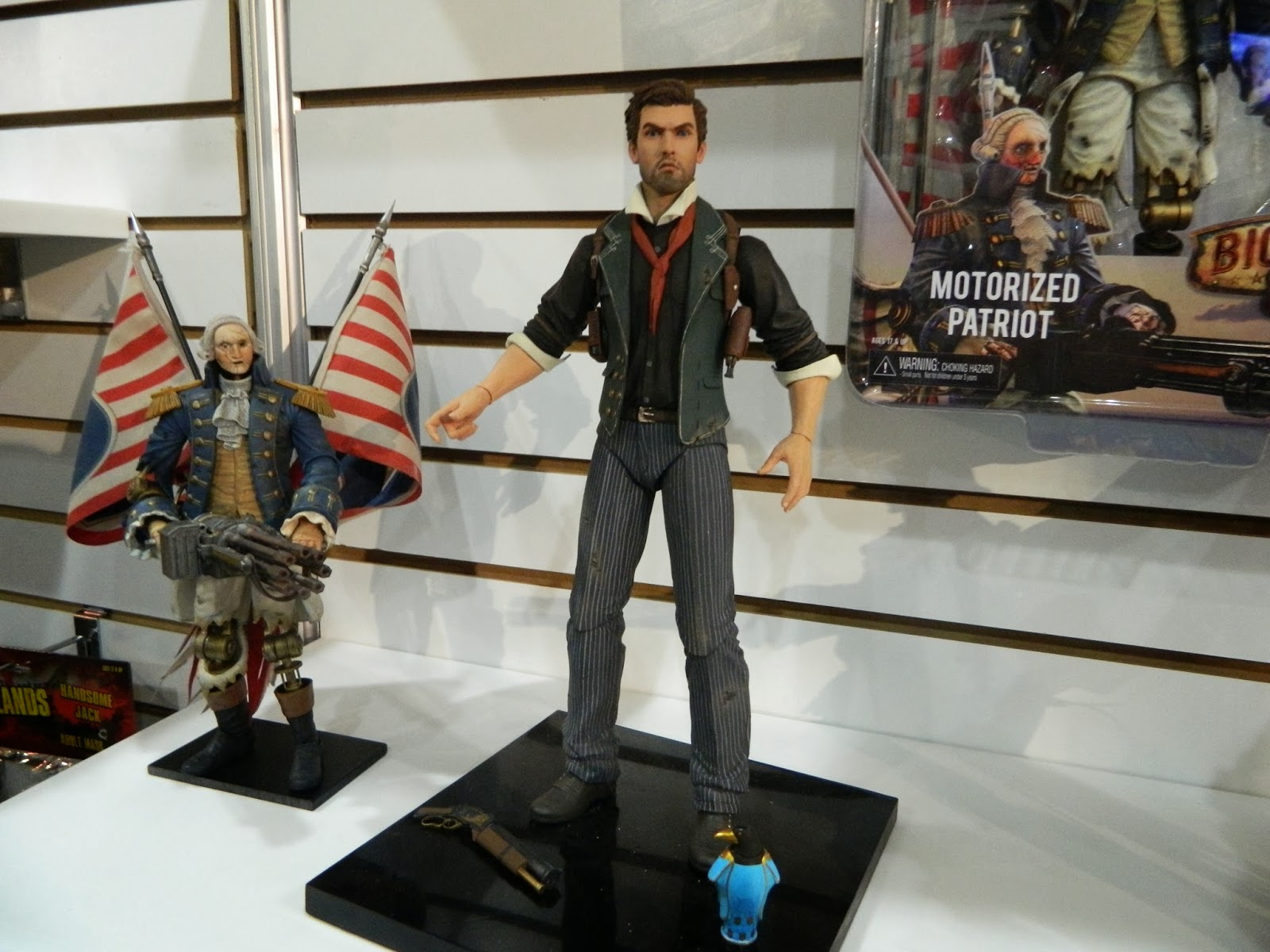 With the New York Toy Fair having just wrapped up in NYC, we got a ton of awesome looks at some of the best of the best that’s on the way from the likes of NECA, McFarlane and more.

If you know the name NECA, then you already know how great a company they are and how many fantastic video game collectibles they make each year. If you don’t know ’em for some reason, here’s your education- NECA makes BioShock, Borderlands, Team Fortress and retro-inspired 8bit repaints of some of their bigger non-game properties like RoboCop and Predator. And they’ve just added even more awesome with some new IP’s.
On the way here in 2014 will be all-new stuff like Batman: Arkham Origins, Halo and Diablo III toys. They’ll be joining new stuff from Aliens, Predator and more including the first ever Ellen Ripley figures from the Aliens film.
If you’re saying right now that that can’t possibly be, then we’re on the same wavelength- but it is true. Far from just Ripley, NECA is really picking up the ball in general on their Aliens offerings here in the 35th anniversary year for the franchise. Expect to see a figure of synthetic crew member Bishop from Aliens sporting the likeness of Lance Henricksen and plenty more including a Power Loader.
Check out the pics and read more about what’s on the way here. Much like NECA, McFarlane Toys has been making some of the coolest gaming-related figures for a while now. This year’s offerings include more of the Assassin’s Creed and Halo figures that you expect to see, along with a massive dose of Raving Rabbids.
I kind of didn’t see this one coming, especially form a toy-maker like McFarlane who’re known for their more mature offerings, but these little guys are actually pretty cool. If you’re a fan, then you’re bound to find something to like as McFarlane has Rabbids of every type coming to retail.
And if you’re not into the gaming stuff from the company, there’s always The Walking Dead. Mcfarlane Toys has really run with this license and has some amazing looking stuff coming up for 2014 capped off by a statue which the toy-maker says was a massive draw on the show floor.
Click on through for more. 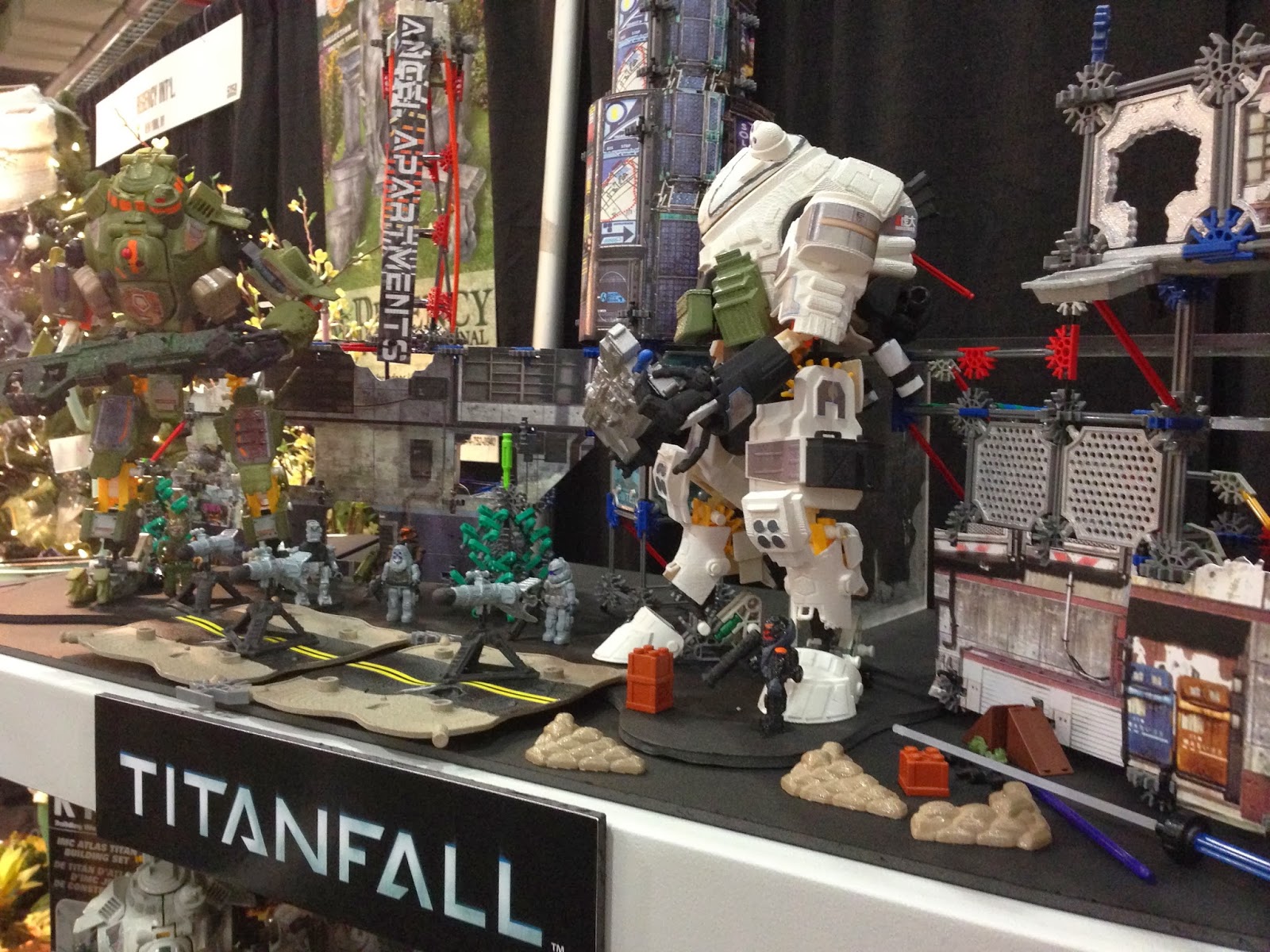 Titanfall was absolutely everywhere at Toy Fair. From high-end action figures to building sets from the company we’ve got here- K’NEX. You might already know K’NEX for their excellent Super Mario building sets but they’ve kicked things up a notch or ten with the Titanfall kits.
Not yet final in any way really, the Titans themselves are awesome even here in ‘beta’ form and tower over the pilot mini-figures. Also very cool is that structures are included as well so you can actually build a little cityscape for your Titans and pilots to duke it out in.
Click through t check that out, as well as the Mario stuff and some neat Plants vs Zombies sets. 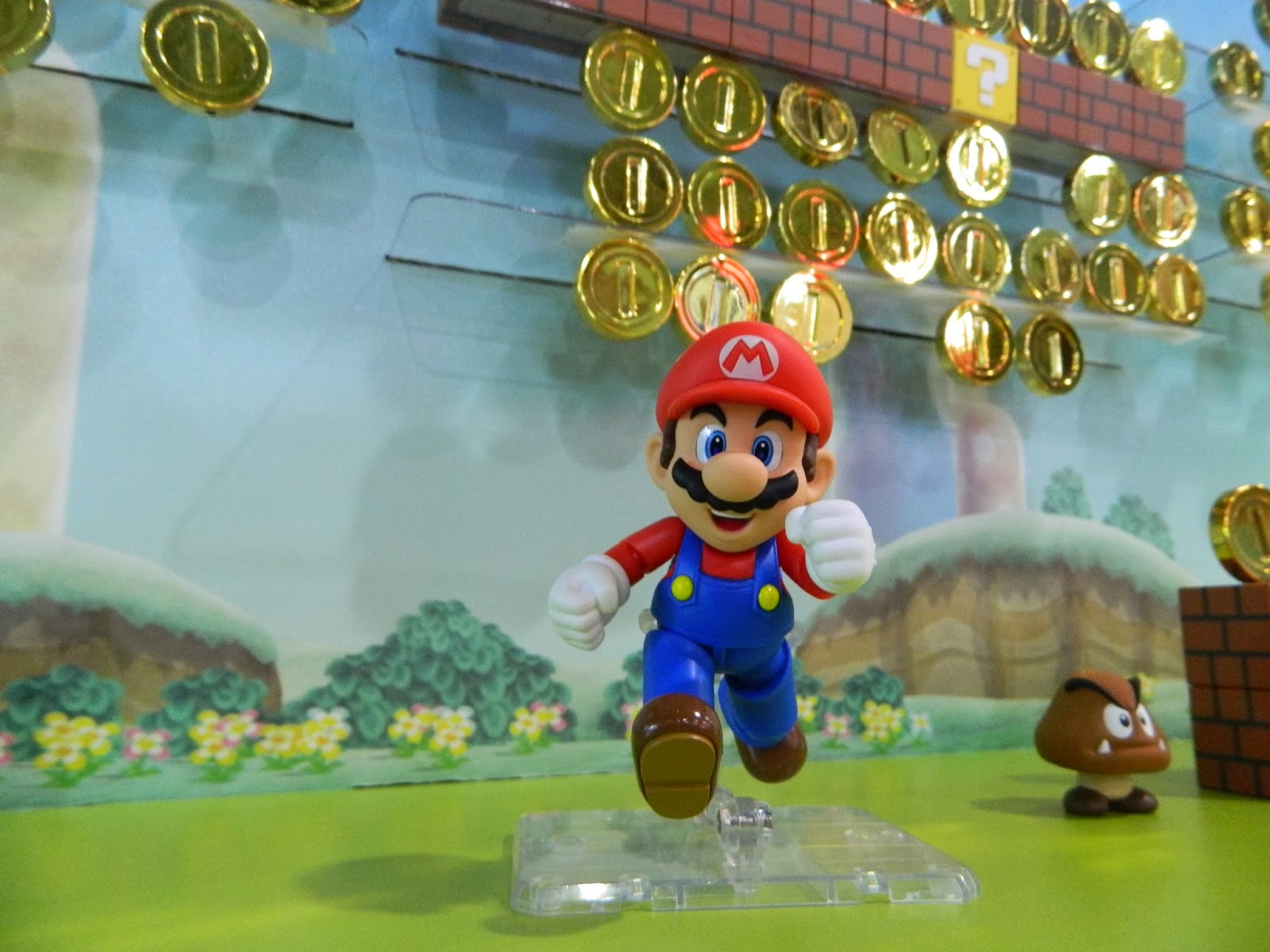 If you’re a regular reader of the News Wrap, then you’ve already seen S.H. Figuarts Super Mario action figures and accessory sets. Although there’s only one figure announced so far (it’s a-me!), I’m hoping that this sees an evolution into a whole toy line since the chubby little plumber is so freakin awesome.

Also at the booth were some of the coolest Aliens and Predators that I’ve ever seen, and I’m including the awesome stuff NECA makes in that statement. Right along side the horror/sci-fi icons were toys for Megaman and a tease at the first of the company’s Injustice figures with a lone Batman figure taking up an entire display. Was it awesome? What do you think?
Click through to have a look.
__
Those are some of my picks for the best stuff form the show floor, but we saw plenty more that will have your action figure-loving now on the floor. Keep checking back to this page as our coverage continues to evolve this entire week, and while we;re here, here’s some more of what we liked best from Toy Fair 2014.
Share this