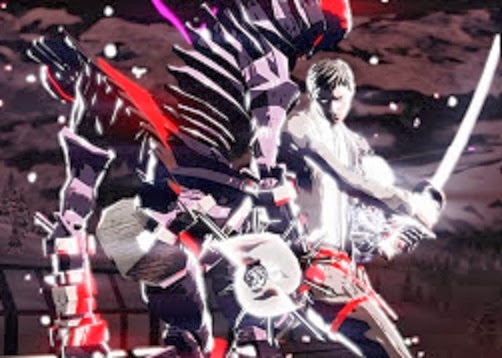 One of the more controversial games of last year, Killer is Dead is the work of transgressive, surrealist game maker Goichi Suda, and it certainly pushed the buttons of a lot of people.

Criticised for being exploitative (or even misogynistic), incomprehensible, and various other things, when I reviewed it I found it to be in most ways the opposite to popular critical interpretation. I thought it was a highly creative and post-modernist game that, like Lollipop Chainsaw before it, pretends to be something exploitative on its way in making a grand criticism of exploitation. And incomprehensible? No. Not any more than a Salvador Dali painting.

Anyways, the game is being released released on PC on May 9, complete with some new features built in to entire console gamers to double dip.

· New difficulty mode called Nightmare Mode. In this mode, enemies can only be defeated using the following attacks: Adrenaline Burst, Dodge Burst and Headshots, so the gameplay requires far more skill and tactics. (this isn’t going to make much sense to people who haven’t played the game, but that is tough). Players will also not be able to use the Final Judgement finisher (QTE mode) to defeat enemies.
· Smooth Operator DLC Pack for console will be included and unlocked after Episode 3.
· Theater Mode – Rewatch cutscenes and get extended background information on characters, helping to unravel the story after your first playthrough.