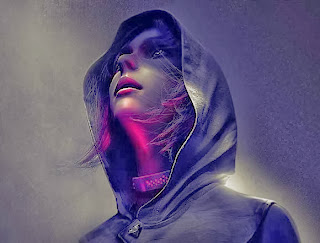 République has promised so much through its production. It was successfully Kickstarted as a mobile-first AAA-game with serious production values, big name voice actors (including Mass Effect’s Jennifer Hale and Metal Gear Solid’s David Hayter), and developed by industry veterans who have worked on everything from Halo 4 to Metal Gear Solid 4.

It also promised to be one of those rare big-budget games where violence wasn’t the answer to every problem and the lead protagonist was to be a female who didn’t rely on a massive heaving chest to get people’s attention. In so many ways, in other words, this was a game that promised to challenge the norms of game development and give us something different.

As an episodic game, we have the first chapter of five now finally available to download, and if the App store top charts in Australia are anything to be believed, the game’s sales aren’t living up to its hype. That is a big pity, because République is really very engaging and an experience as rich as any other iOS game you’ll play. 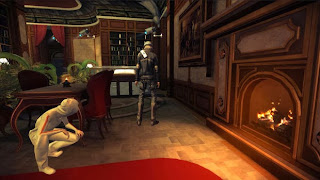 The world of République is a dystopian one where totalitarian Big Brother-style control of the people is very real, and dissent is not tolerated in any form. Hope, the aforementioned female protagonist, is taken into confinement on accusations of dissent, and we start the game with her very fearful of coming to some kind of harm, which is never quite defined, but we’re meant to assume it’s something terrible.

But Hope finds the potential for salvation (and as standard for morality plays, she isn’t the only character who is named after a character trait); you, the player. In this game you’re able to observe the world through the many, many security cameras, and hack into the security doors and the like by tapping on them. You’re not able to control Hope directly, but you can direct her to specific points around the environment, and she’s unable to kill enemies; the only defensive weapon she has is a pepper spray to briefly stun them. Stealth is key to the experience, and it doesn’t take long at all to get a grasp for the core structure of tapping into cameras to scout ahead, determine a safe route for Hope to follow, and then direct her past the guards.

It’s a system that works perfectly on the iOS using touch screen controls, and even if it’s not the most difficult game you’ve ever played, the occasional puzzle to break up the action helps keep players engaged in the experience. There’s also some backtracking and exploration required, as certain doors are locked out the first time you’ll come across them, but after some upgrades then become accessible. 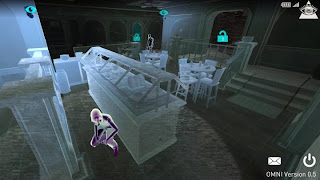 République plays as well as promised, then. What’s perhaps disappointing is that the game doesn’t quite live up to its promise from a narrative and thematic point of view. This could be a consequence of simply being the first chapter at this stage (and certainly the game finishes up on a high note that will have by grabbing the second episode as soon as it’s available), but the lack of shades of grey within the game’s themes disappointed me. The bad guys are very much the standard totalitarian villains, and as a consequence of the way the game’s structured Hope isn’t an especially inspiring protagonist. She’s completely passive, in fact, simply waiting for a player to literally open the doors for her to travel through.

Because player’s don’t have direct control over any physical being within the game there’s never a sense of agency when playing République. It’s a game that initially challenges players to think about voyeurism by bringing into sharp focus the fact that in almost all games we’re looking through windows into the actions of the characters, but shortly after it’s set up, using the security cameras to look into rooms simply becomes an alternative way of restricting players to largely static camera angles, like the Resident Evil games of old. 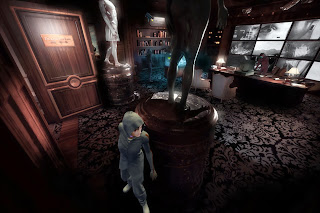 The developers didn’t do nearly enough with the themes that they set themselves up with. Picking up a copy of Animal Farm provides a brief soliloquy, explaining to players why the evil totalitarian regime hates the book, but there’s no real sense that it’s a part of the world. Other pickups are even worse; for instance picking up a video game box and then looking at its description in the inventory reveals that it’s a not-too-subtle advertisement for a game that you can buy on the App store… complete with a link to that game’s App store page. Perhaps these were paid advertisements and helped cover the cost of making the game, but these disconnected me immediately and irrecoverably from the suspension of disbelief that I had expected for a game that is, by iOS standards, very expensive indeed – buying all the episodes will cost me more than $20Aus.

I went into République anticipating a rich narrative experience that would challenge the mind more than the reflexes. While I’m certainly interested in seeing how the game plays out in subsequent chapters, I came away from the first chapter a little cold, because it struggled mightily to break away from a very standard dystopian experience… and it’s such a common genre that standard is simply not good enough.